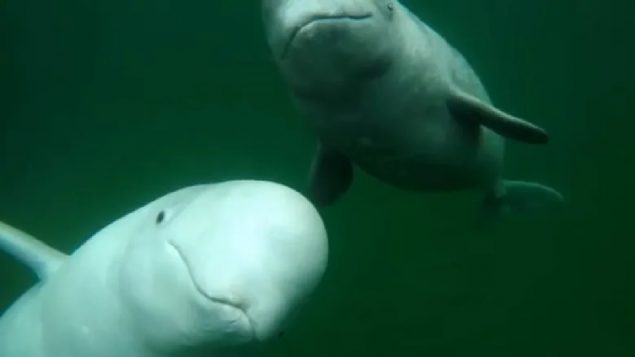 A new Canadian study shows marine species like Beluga whales could be particularly at risk of COVID from poorly treated human wastewater which can carry the virus. ( Levon Drover via CBC)

Marine mammals may be at risk of COVID from humans; study

While there have been indications that this pandemic spread from animals to humans, a new study shows humans could spread it to marine mammals.

Dalhousie University in Halifax looked at the process by which the virus invades human cells by binding to amino acids, and found that many marine species have very similar amino acids.

They say mammals like beluga whales, dolphins, seals and sea otters could be particularly at risk among 15 species that were susceptible because of the protein that is required by the virus to invade cells.

The findings were published in a recent edition of the journal, Science of the Total Environment, with the title: Pandemic danger to the deep: The risk of marine mammals contracting SARS CoV2 from wastewater ( available here)

Of increased concern is that many of these susceptible species are already at risk due to other issues.

Graham Dellaire (shown left), director of research in the Department of Pathology  quoted in the university news outlet said, “Many of these species are threatened or critically endangered. In the past, these animals have been infected by related coronaviruses that have caused both mild disease as well as life-threatening liver and lung damage.”

Health officials say the virus is spread among humans primarily through airborne droplets, but infected humans can shed the virus in stool and urine. The virus can live for up to 25 days and could be a problem in untreated or poorly treated wastewater. Studies have found SARS Cov2 traces in wastewater in Italy, Spain, France, and in Ecuador where untreated waste flows directly into natural water systems. In some cases treatment lagoons and other systems can be overwhelmed in certain conditions leading to outflow of potentially infected wastewater or simply from leaking systems. 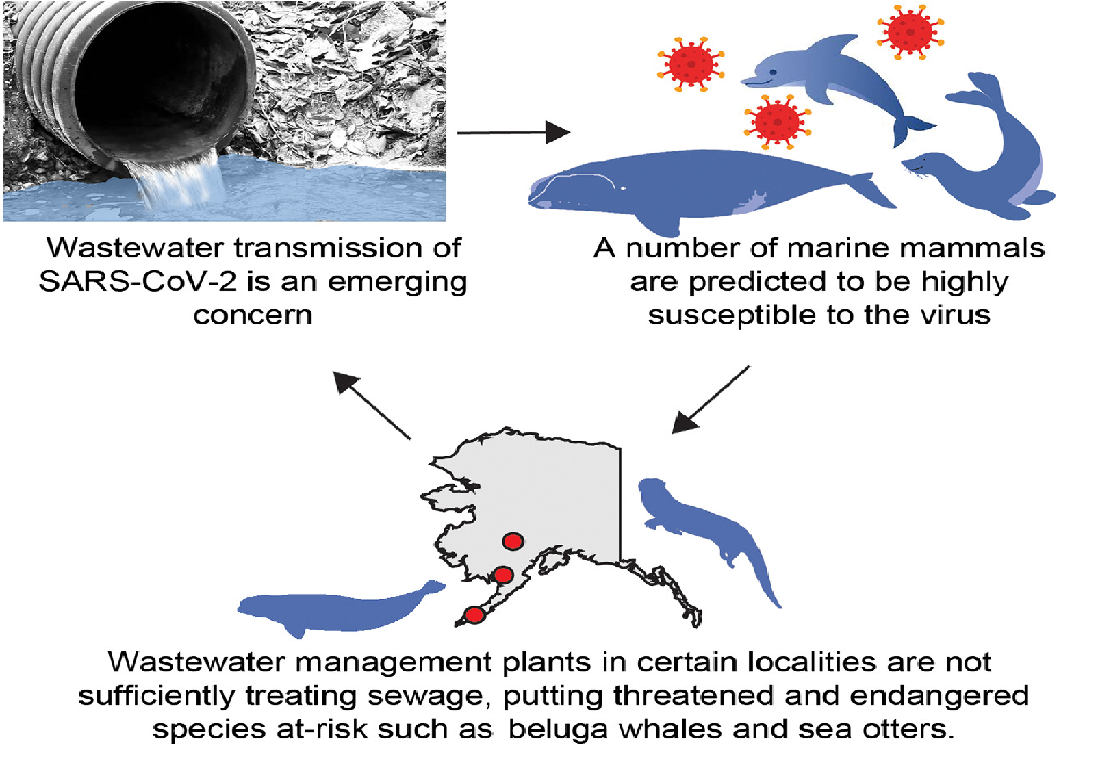 Marine species near waste water sites could thus be infected.

Quoted in the Halifax Chronicle Herald, co-author Saby Mathavarajah said, “Our major concern is in developing nations, where there is already a disparity in public health and the wastewater treatment infrastructure required to handle the COVID-19 crisis”.

The added concern is that these species at risk are social animals so that if one is infected, it could easily spread to infect the others.

Co-author professor Graham Gagnon, of Dal’s Department of Civil and Resource Engineering  says while science has been focusing on public health issues this study, “helped to shine a light a potentially significant environmental concern of untreated wastewater.”

While there have no reported cases of SARS-CoV2 in marine mammals to date, beluga and dolphins have been infected with similar coronaviruses in the past.

The study authors suggest that wastewater systems should be examined and assessed to ensure that sewage is not likely to contaminate marine life.