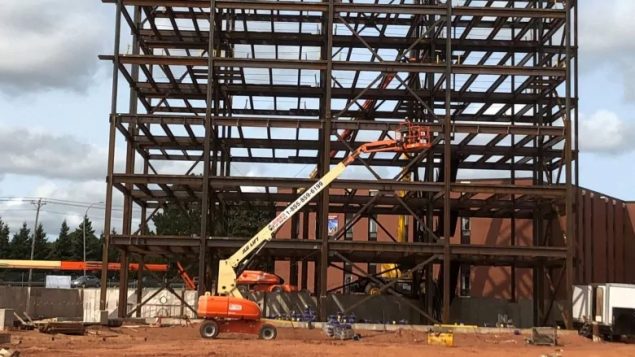 Prime Minister Justin Trudeau announced Friday that new federal money will be injected into--among other things--the country's construction industry in an attempt to get laid-off workers back into the workforce. (Submitted by Sam Sanderson)

As COVID-19 cases continue to spike across most of the country, Prime Minister Justin Trudeau is continuing his efforts to rally Canadians and the governments who lead them.

On Friday, he announced Ottawa will inject $1.5 billion in job training support to the provinces and territories to help businesses and industries hit hard by the pandemic.

The funding comes on top of some $3.5 billion in previously announced funding.

Trudeau said the money will help laid-off workers in sectors like construction, transportation and hospitality re-enter the workforce by bolstering access to skills training and employment services.

The announcement came as a Statistics Canada survey revealed that 30 per cent of businesses don’t know if they can keep going without laying off workers, closing or declaring bankruptcy.

Nearly 20 per cent say they will have to take drastic action in less than six months as a second wave of COVID-19 sweeps the country. 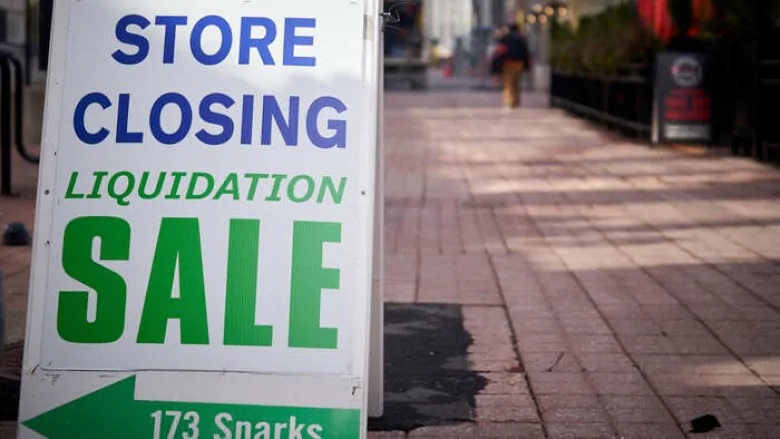 A sign points shoppers to a liquidation sale for a closing business in downtown Ottawa last month. A Statistics Canada study found that 30 per cent of businesses don’t know if they can keep going without laying off workers, closing or declaring bankruptcy. (David Richard/Radio-Canada)

Nearly 40 per cent of businesses have laid off staff since March, and nearly one in five report they will be compelled to take drastic action in less than six months if cash flow does not improve.

Trudeau has spent considerable time this week attempting to move premiers towards more stringent measures to curb the spread of COVID-19.

He spoke with the leaders by phone Thursday night, asking them to “identify their specific needs to protect the health and safety of Canadians and bring the virus under control in their jurisdictions.”

On Friday, he said he told the premiers that “impossible” choices will have to be made if they don’t lower their COVID-19 caseloads soon.

“One of the things that I did highlight is that our resources are not infinite at the federal government, whether it comes to support on contact tracing, extra support on [personal protective equipment], support through the military or the Red Cross. We are there to support the provinces as they handle this pandemic,” Trudeau said.

“But there is a threshold beyond which when the cases spike too much, we might have to make really difficult choices about where to deploy the limited resources we have.”

On Tuesday, Trudeau called on the country’s premiers and mayors to “do the right thing” and impose restrictions to counter the recent rise in COVID-19 cases.