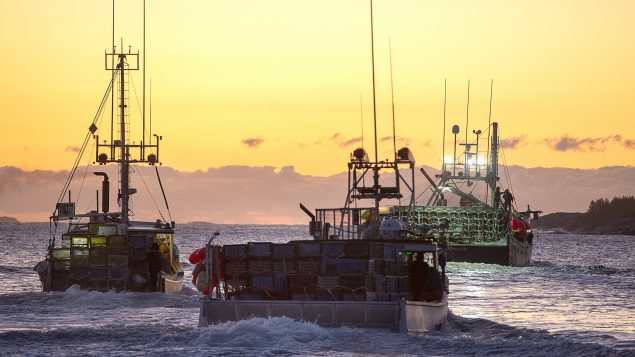 Four men have been arrested in Nova Scotia following the latest flare-up of what has become a sometimes violent dispute between Indigenious and non-Indigenious fishers over lobster fishing rights in eastern Canada.

The RCMP says the men were arrested in connection with shots allegedly fired Sunday in Atlantic waters off the Pictou Landing First Nation.

According to a media release, when RCMP officers arrived at the scene early Sunday evening, they learned a man from the Indigenous band had seen crew members on a fishing vessel removing lobster traps from the water.

“The man then approached the fishing vessel in a small boat. 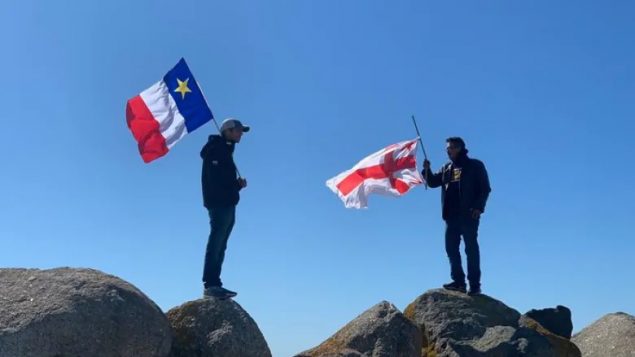 These men are on opposite sides of the dispute over the Mi’kmaw lobster fishery. On the left, a commercial fisherman with an Acadian flag, on the right, a supporter of Sipekne’katik’s new rights-based fishery, holding the Mi’kmaw flag, on Sept. 19, 2020. (CBC/Taryn Grant)

“As he approached, the fishing vessel accelerated toward him and shots were fired from the vessel,” according to the release.

“The man was not injured and returned to port.”

Pictou Landing Chief Andrea Paul told CBC News the man fired at is a lobster fisherman from her community.

He was not injured, but is shaken, Paul told the CBC’s Taryn Grant. 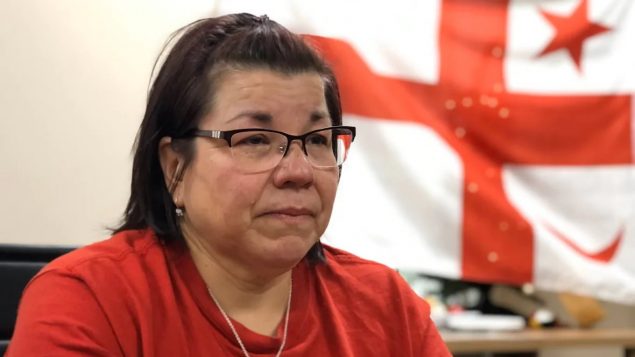 The area has seen a series of confrontations this fall between non-Indigenious fishers and members of the Sipekne’katik First Nation, which launched a self-regulated lobster fishery in September.

The non-Indigenous fishers say they are concerned about fisheries operating outside the federally-regulated lobster season, which takes place in the area from Nov. 30 to May 31.

First Nations fishers say their take is small and it does not affect the overall health of the fishery, which currently involves seven licences of 50 traps each, is a fraction of the 979 inshore lobster licenses available in the fishing area that covers part of southwestern Nova Scotia known as LFA 34.

The Department of Fisheries and Oceans has supported the assertion, saying fishery stocks remain healthy. 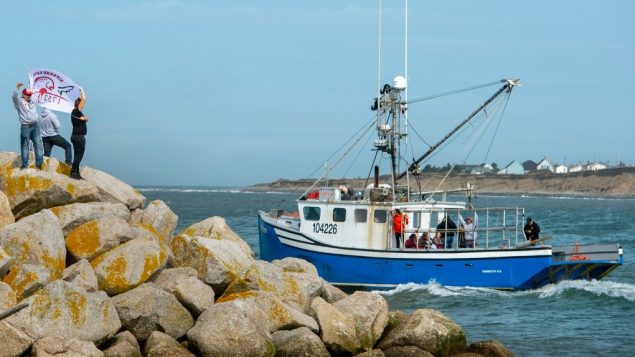 Members of the Sipekne’katik First Nation head from the wharf in Saulnierville, N.S., after launching its own self-regulated fishery on Thursday, Sept. 17. (THE CANADIAN PRESS/Andrew Vaughan)

At the heart of the dispute is a Supreme Court of Canada ruling in 1999 known as The Marshall Case, that ruled that First Nations have an inherent right to fish (or hunt) for ceremonial, cultural and basic needs, but also to earn a “moderate livelihood.”

“Moderate livelihood” was not clearly defined, leading–in part–to the conflict.

In an attempt in early October to tamp down temperatures on both sides, Fisheries and Oceans Minister Bernadette Jordan opened the door to creating a First Nations fishing authority.

However, in a letter to Jordan last Wednesday, Sipekne’katik Chief Mike Sack said he was pulling out of negotiations because the DFO had neither “desire nor the ability” to recognize and implement the Mi’kmaq band’s constitutionally protected treaty right to fish, according to a report by The Canadian Press.

In October, after two lobster pounds that had been storing Sipekne’katik catches were ransacked, four assault charges were laid related to confrontations that followed, and one of the lobster pounds was later burned to the ground.

Last week, the RCMP arrested 21 people related to the incidents at the pounds.

Canada is the world’s biggest exporter of lobster with over half of its supply coming from Atlantic Canada.