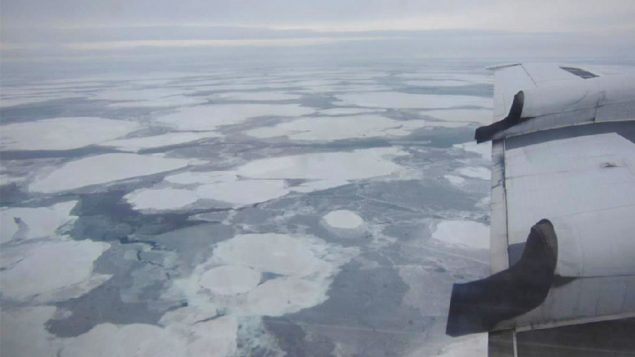 A region of the high Arctic, especially the region just off the north coasts of Greenland and Canada’s Ellesmere Island, has been dubbed ‘the last ice area’. This is because scientists have determined that, as ice cover is slowly melted away year after year, the region will hold on to its multi-year ice cover longer to become the last area in the Arctic with year round ice.

The presumption that this ice cover will last for a long time yet and be a refuge for marine and animal life needed ice cover, may now be in some doubt. 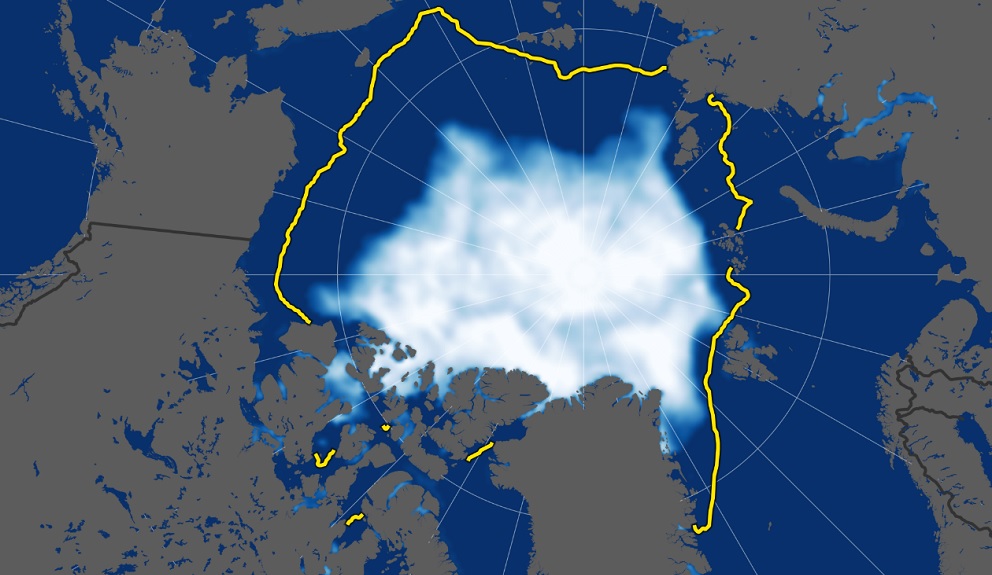 A recent study found the ice decline in the area is almost double the rate of ice decline in other parts of the Arctic, which is already retreating at a noticeable rate.

The study was published in the most recent edition of ‘Nature Communications’ under the title,’ Anomalous collapses of Nares Strait ice arches leads to  enhanced export of Arctic sea ice’. (open source here)

The reason is that more ice from the Lincoln Sea and so-called ‘last ice area’ is being drained out through the Nares Strait between Greenland and Ellesmere Island than had been estimated In previous decades. The study also notes that this seems to be because the ice cover is becoming thinner making it less stable and more mobile as the climate warms. 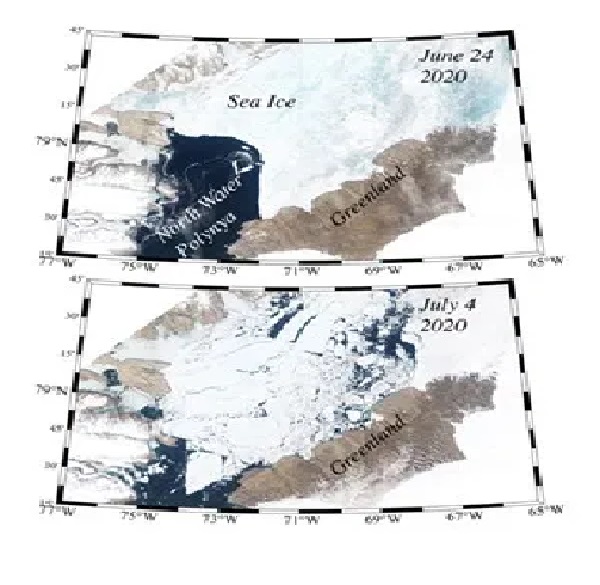 Images of the ice arch that formed at the southern end of Nares Strait in 2020. The upper image shows the arch holding back the ice just above the North Water Polynya, while the lower image shows the ice arch broken up and ice streaming southwards into the polynya and Baffin Bay (Sentinel-2 satellite imagery courtesy of the European Space Agency)

Typically Arctic ice is prevented from flowing south through the strait, (and other channels among the Canadian archipelago) for much of the year by an ice jam being formed at the southern end of the strait and another blocking the northern end. These so-called ‘ice arches’ prevent southern flow of ice and act to preserve ice-cover in the Lincoln Sea.

Lead author, Kent Moore, of the Department of Chemical and Physical Science, University of Toronto-Mississauga, notes that the duration of the ice arches has declined dramatically over the years.

Satellite images going back to 1995 show the ice arch duration lasting from  200 to 300 days a year.  However, they also show that duration declining by an average of over seven days a year ever since. The arches are now lasting approximately only 150 days a year.

Besides an increase in ice loss, there is a concern about how additional ice flowing south into Baffin Bay may adversely affect the formation of the North Water (NOW) polynya. This is a vast area of the sea surrounded by ice but which remains open water year-round. It has been described as the most biologically productive area in the Arctic Ocean, and an area which has been critically important for a wide variety of species, and also for Indigenous communities.

The formation of the polynya depends on the ice arches in the Nares Strait, and if more ice flows into Baffin Bay there is potential for the polynya not to form. If this occurs resultant changes to that environment could have repercussions throughout the food chain and to the inhabitants of the region who depend on species presence and stability for their own existence.

The study does not conclude with any bright spot of hope, stating that, “with continued Arctic warming, ice arch stability in Nares Strait as well as throughout the adjacent CAA  (Canadian Arctic archipelago) will decrease resulting in more frequent transport of Arctic Ocean multi-year to southerly latitudes, that will have negative implications for the maritime industry as well as impacting food security and other traditional activities for indigenous communities in the Arctic.