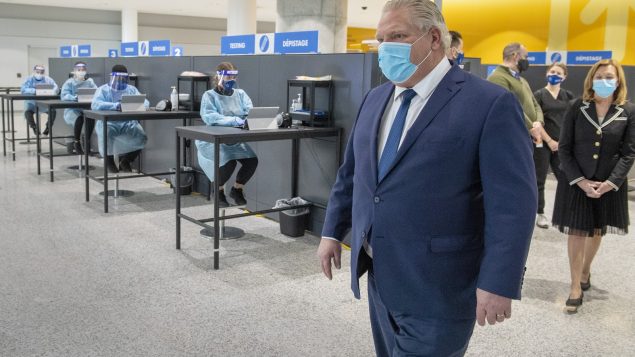 All international travellers arriving at the Toronto Pearson International Airport will be required to take a COVID-19 test.

Ontario Premier Doug Ford made the announcement on Friday as part of the province’s action plan to stop the spread of new COVID-19 variants throughout Ontario.

Ford said he welcomed Trudeau’s announcement, but that the province is going forward with mandatory testing at Pearson airport because he does not expect federal measures to be in place until a few weeks from now.

“That’s why today, our government is taking swift and decisive action.”

The new mandatory testing measure will go into effect at noon on Monday, Feb. 1.

“Mandatory testing will serve as a stop gap until the new federal measures are fully in place because we can’t take any chances,” Ford said.

“We need to screen every single person who’s coming into the country and into Ontario for these new variants.” 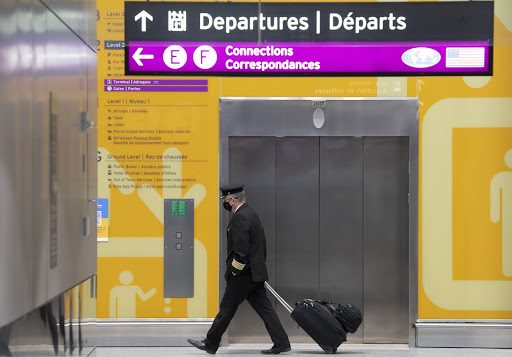 An Air Canada captain walks through Terminal 1 at Pearson Airport in Toronto on January 26, 2021. (THE CANADIAN PRESS/Frank Gunn)

Ford has previously advocated for the federal government to implement further action to protect the border, including mandatory testing upon arrival for all incoming international travellers and temporary travel bans on flights coming from countries where new variants of the COVID-19 virus are being detected.

According to a press release from the Ontario government, the province first identified the United Kingdom COVID-19 variant in December, and since then, 51 cases of the variant have been confirmed.

“In addition to maintaining the public health measures we know work and keep us safe, our government is taking decisive action to control the spread, protect our health care system, and save lives,” Christine Elliott, Ontario’s minister of health, said in a statement.