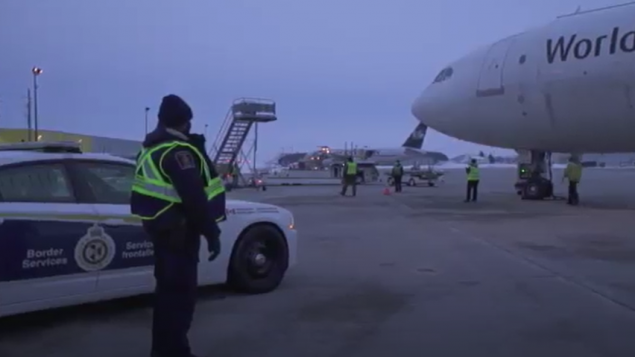 On February 21, 2021, Canada received the first of what is supposed to be a record number of COVID-19 vaccines in the last week of the month. (Canada Border Services Agency)

Record number of vaccines set to arrive in Canada

Shipments of the Pfizer vaccine arrived on February 21, 2021, as part of what is projected to be the largest number of COVID-19 vaccines to be shipped to Canada in one week. The Public Health Agency of Canada expects Pfizer to ship more than 475-thousand doses and Moderna another 168-thousand. Those from Moderna are mostly destined to go to northern and remote communities and the Pfizer doses will be distributed across the rest of Canada.

Delivery of health care in Canada falls under the jurisdiction of the provinces and territories. Each must arrange the roll out and decide which groups to prioritize. The first priority groups have been those in long-term care homes and front-line health workers. A few provinces have moved beyond that and will begin inoculating seniors who live in the community. 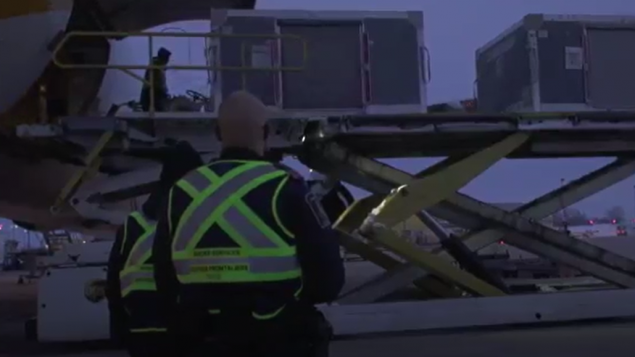 Lag in vaccine deliveries may have cost prime minister support

The delivery of vaccines in the last week of February will exceed the previous week’s record consignment of more than 400,000 doses of Pfizer vaccine. It comes after almost a month-long lull in deliveries that occurred because of the expansion of a European plant producing them.

The delay may have cost Prime Minister Justin Trudeau some support. A mid-February poll shows his popularity dropped by five points overall and 33 per cent of respondents expressing strong disapproval. On the final day of polling, February 19, the government announced that one million Canadians had received their first dose of the vaccine. The total population is estimated to be 37.7 million.

The prime minister says Canada will receive six million doses by the end of March and he has promised that all Canadians who wish to be vaccinated will be by the end of September 2021.