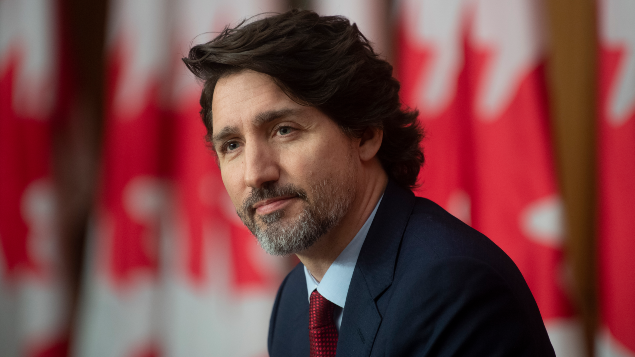 Although Prime Minister Justin Trudeau has promised all Canadians who want a vaccination will get one by September 2021, they appear to blame him personally for February delays in vaccine deliveries. (Adrian Wyld/The Canadian Press)

In February 2021, Prime Minister Justin Trudeau’s approval rating dropped five points from where it was in December and January, according to polling by the Angus Reid Institute. It appears that delays and uncertainty in the delivery of COVID-19 vaccines hurt him personally. Although the Trudeau government had acted early in the pandemic and arranged to buy vaccines from several companies, in 2021 deliveries slowed to almost a halt by mid-February, then began to pick up. A record number of vaccines were expected in the last week of the month.

This poll also found there has been little change in the popularity of Canada’s federal political parties. No party appears to be in a position to make inroads with electors should there be an election.The governing Liberal Party does not have a clear majority of seats in the House of Commons and only governs with the support of other parties.  Minority governments in Canada usually last less than two years. This one was elected in October 2019. The average duration is 479 days.

The latest figures on voter intentions suggest the Liberals have the support of 34 per cent of respondents, the Conservative Party has 31 per cent and the New Democratic Party (NDP) has 20 per cent. 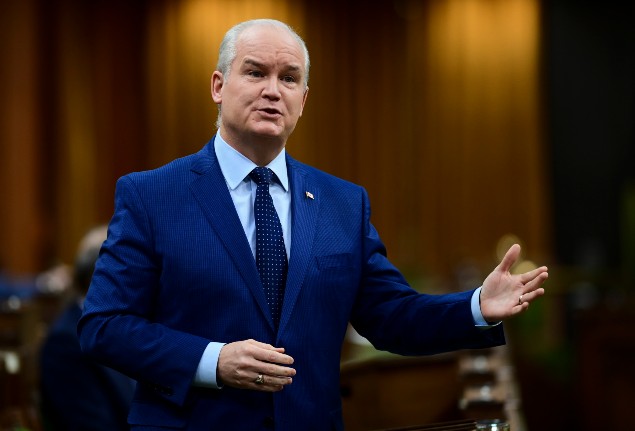 Leader of the opposition Conservative Party Erin O’Toole is viewed in a negative light by half of respondents. (Sean Kilpatrick/The Canadian Press)

The poll found 36 per cent gave Trudeau moderate approval and 33 per cent strong disapproval. This is the first time since September 2020 that a majority of Canadians disapproved of Trudeau. The leader of the Conservative Party Erin O’Toole has seen his own rating decline as well. Half of Canadians view him in a negative light.  The party leader who fares best is Jagmeet Singh, leader of the NDP. He has the support of 48 per cent of respondents.

Pollsters also asked respondents to rank the top three issues that they care about the most. The coronavirus and response to it was listed by 47 per cent, 36 per cent listed health care, 29 per cent climate change, 23 per cent income inequality and poverty, 22 per cent housing affordability, 21 per cent government deficit and spending, 21 per cent jobs and unemployment, 17 per taxes, 12 per cent crime and public safety and 11 per cent energy, natural resources and oil pipelines.