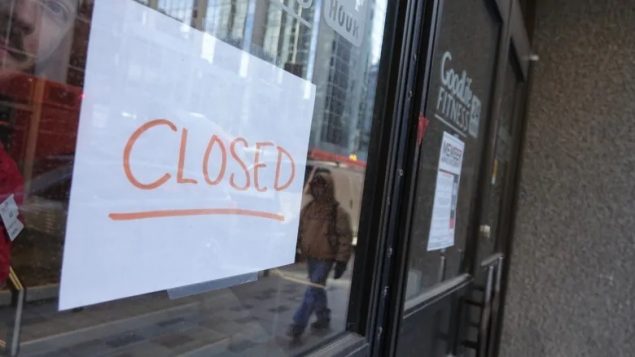 A sign in a store in Ottawa shows the business had temporarily closed down in April because of COVID-19. Canada's economy shrank by the largest amount on record last year. (CBC/Francis Ferland)

Canada’s 2020 economy was its worst performance on record

The COVID-19 pandemic drove Canada’s economy to its worst showing on record, according to data released today by Statistics Canada.

Figures from the federal data agency show real gross domestic product shrank 5.4 per cent in 2020–the steepest annual decline since comparable data was first recorded in 1961.

The 5.4 per cent compares with the pullback of 2.9 per cent during the global financial crisis in 2009. 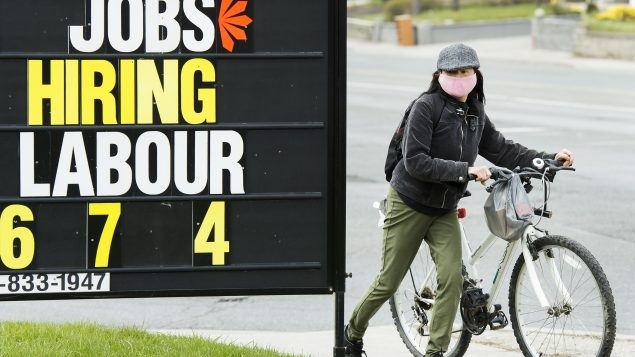 A woman checks out a jobs advertisement sign during the COVID-19 pandemic in Toronto on Wednesday, April 29, 2020. (THE CANADIAN PRESS/Nathan Denette)

It was also worse than experts had previously expected.

Preliminary estimates from late January had suggested the economy suffered contraction of 5.1 per cent last year.

Statistics Canada said GDP–the total value of all goods and services produced–grew by 2.3 per cent during the last three months of the year, but that was not enough to offset the plunge it experienced during the middle half of 2020.

It said the drop for the year was due to the shutdown of huge parts of the economy in March and April during the first wave of the COVID-19 pandemic.

A recovery began in May. 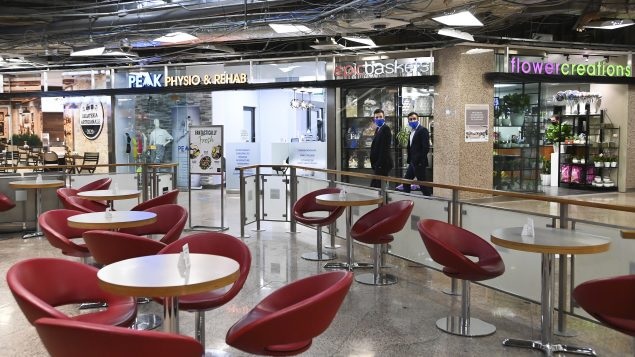 Men walk the in underground PATH at lunch hour where retailers are open during the COVID-19 pandemic in Toronto last October. (THE CANADIAN PRESS/Nathan Denette)

After that, economic activity steadily–and slowly–grew until last December, when the economy lost 63,000 jobs and the unemployment rate moved up slightly–to 8.6 per cent from 8.5 per cent.

As well, this past January–as the country’s vaccine rollout lagged, the economy took a hit for a second straight month, as Statistics Canada reported a loss of 213,000 jobs–the biggest loss since last April when some two million jobs disappeared as the COVID-19 pandemic widened.

That decline left Canada with 858,300 fewer jobs–4.5 per cent fewer–than last February, just before the first wave of the pandemic hit.

Another 529,000 people managed to keep their job but were working less than they would normally because of the pandemic. 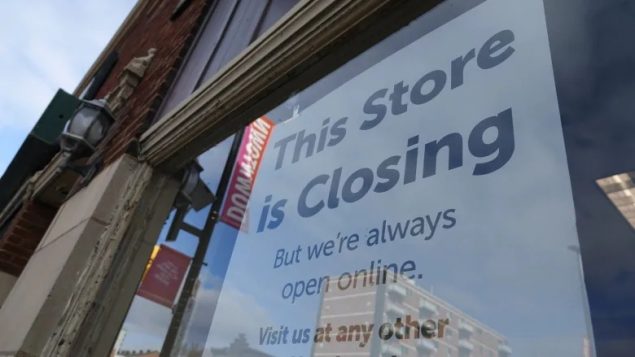 Canada had 858,300 fewer jobs in January than last February, just before the first wave of the pandemic hit. (CBC/Francis Ferland)

Statistics Canada noted that total economic activity in December was about three per cent below the pre-pandemic level in February 2020.

Looking ahead to January, the agency said its early estimate was for a 0.5 per cent growth in the economy.

The economic ill-effects of the pandemic hit Canada harder than they did the U.S., where preliminary data suggests the U.S. economy shrank by 3.5 per cent last year.