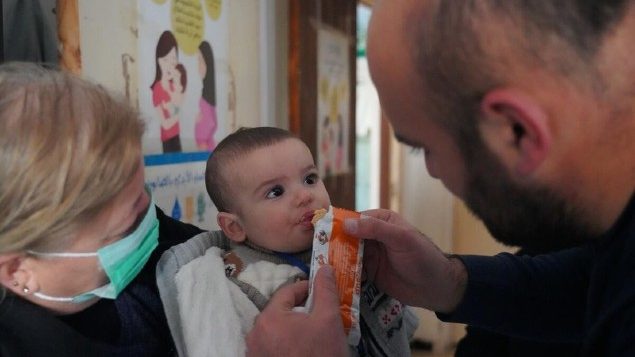 Years of conflict in Syria have left children like 9-month-old Haidar malnourished and in dire need of nutritional aid. (© WFP/Hussam Al Saleh)

Two UN agencies are calling for urgent and scaled-up assistance to stave off acute hunger set to soar in 20 countries in the coming months. Yemen, South Sudan and northern Nigeria are the worst-hit areas and are said to face “catastrophic levels of acute hunger.” But acute hunger is about to rise steeply in most world regions according to a report issued by the UN’s Food and Agriculture Organization (FAO) and the World Food Program (WFP).

“We are seeing a catastrophe unfold before our very eyes. Famine – driven by conflict, and fuelled by climate shocks and the COVID-19 hunger pandemic – is knocking on the door for millions of families,” said WFP Executive Director David Beasley. He says three things are needed to stop millions of people from dying of starvation: fighting has to stop, there must be access to vulnerable communities to provide help, and donors need to provide the US $5.5 billion dollars the agencies are asking for this year. 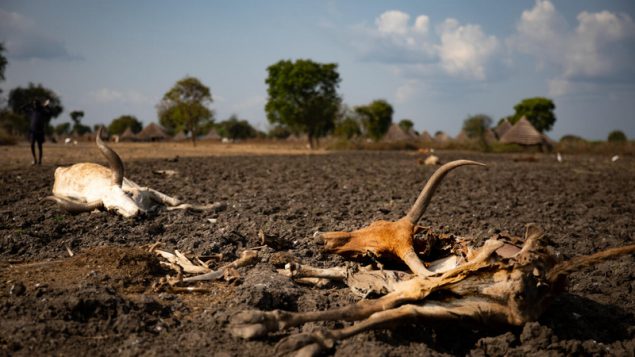 Canada seen as ‘a vital partner’

Canada is seen as “a vital partner to the WFP in the fight against hunger. In 2020, Canada was the fifth largest donor to the agency contributing just under $325.4 million (US $244 million). In a statement, the WFP says it “has come to rely on continued funding from Canada over the last 60 years, and hope’s the international community and Canada will continue to help save the lives of millions on the brink,”

The agencies flag several factors in the expected rise in acute hunger in 20 “hot spots” between March and July 2021. Conflict or other forms of violence are expected to increase in many parts of Africa and in Afghanistan. COVID-19 will continue to affect many countries leaving them highly vulnerable to economic shocks. Climate extremes and La Nina-driven weather are expected to continue in April and May driving hunger in many parts of the world, and locust outbreaks continue to be a concern in Africa and threatened to ravage summer crops there. Finally, there is increasingly constrained access for those trying to supply humanitarian aid.

The agencies say short-term  help could include scaling up food and nutrition assistance, distributing drought-tolerant seeds, treating and vaccinating livestock, rolling out cash-for-work schemes, rehabilitating water-harvesting structures and increasing income opportunities for vulnerable communities. But they emphasize that increased funding is needed to avert famine through food assistance, cash and emergency livelihood interventions.