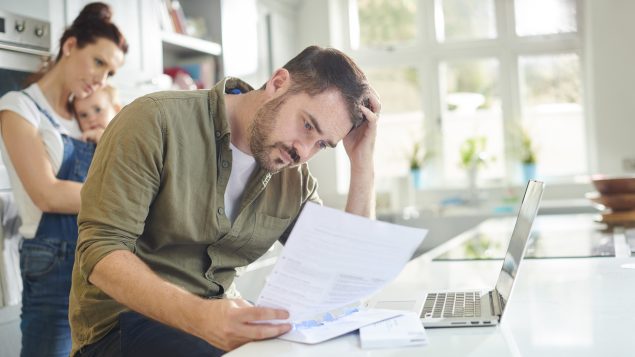 A recent survey found two-in-five Canadians are anxious about their economic situation and many are worried about possible job losses. (iStock)

Economic anxiety dogs many Canadians ahead of budget

A recent survey suggests that two-in-five Canadians are plagued by economic anxiety and half are worried that someone in their household might lose their job.  The Canadian government will present a budget on April 19, 2021 and Canadians will be watching to see what it will spend to bring the country and them out from under the effects of the COVID-19 pandemic.

Only 38 per cent have confidence that they will live as well as their parents’ generation and 63 per cent are concerned about having enough money in retirement. 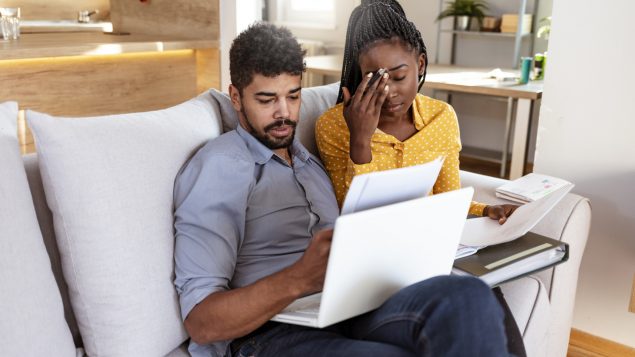 The polling suggests a higher proportion of racialized minorities and young people have economic worries. (iStock)

The Thriving, Secure, Challenged and Suffering

Canadians can be divided into four categories when it comes to their financial health, says the Angus Reid Institute which conducted the online survey of 5,004 people: The Thriving, Secure, Challenged and Suffering.  The 15 per cent of those in the Thriving category have endured the past year well and have relatively few financial worries. They are more likely to have improved their financial situation during the pandemic.

The 42 per cent in the Secure category have not seen their finances affected in a significant way and their outlook is mainly positive.

The 42 per cent in the Challenged group have larger levels of economic anxiety with a majority worse off than they were before the pandemic and two out of three worried that someone in their household will lose their job soon.

The 18 per cent in the Struggling group are worse off than they were last year and 41 per cent say their situation will continue and be worse in the coming year. Nine-in-ten are worried about key issues like affording retirement and job loss.

Not surprisingly, the largest proportion of the Suffering and Challenged are in the households with the lowest income levels. At least two-in-five among respondents with a combined household income below $150 thousand are either Suffering or Challenged.  In the Suffering group, 27 per cent identify as either a visible minority or Indigenous. And financial stress is highest among those aged between 35 and 54. 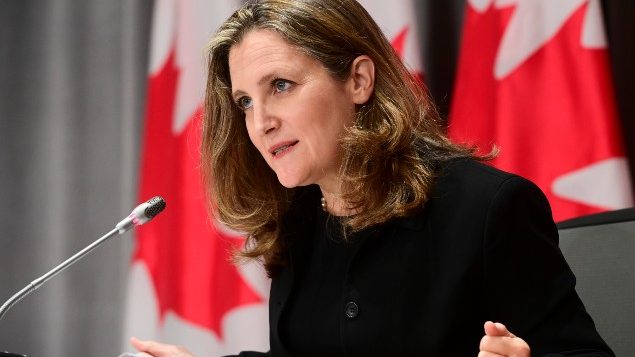 Canada’s Finance Minister Chrystia Freeland will bring down a budget on April 19, 2021. If it is not supported by a majority of members of Parliament, the government will fall and there will be an election. (Sean Kilpatrick/The Canadian Press)

The budget may trigger an election

The federal budget will be closely scrutinized and could trigger an election. The governing Liberals do not have a majority of seats in the House of Commons and only rule with the support of members of Parliament from other parties. A budget requires a vote of confidence and if it is rejected, the government will fall and an election will be called.

There are signs the Liberals may want to go to the polls. Several recent surveys show they have more popular support than do the opposition Progressive Conservatives. The surveys also suggest that Conservative Leader Erin O’Toole has a low level of support among Canadians, and a recent party convention uncovered deep divisions within the party.

In addition, the pandemic has been kind to incumbent parties in some provincial elections in Canada.  While the roll-out of vaccines was slow in December the rate has picked up in March to the satisfaction of many Canadians. While the prime minister has promised all Canadians who want vaccinations will receive them before the end of September 2021, there is a risk that Europe and India will stop exporting vaccines until their own populations are protected. The prime minister has assured Canadians that vaccine makers will adhere to delivery schedules which are based on quarterly deadlines. Canada has no domestic production of the COVID-19 vaccine. It’s other supplier, the United States, has agreed to lend Canada 1.5 million doses of the AstraZeneca vaccine which it has not yet approved for its own use.

How the vaccine roll-out progresses could have an impact on voter intentions should there be an election soon. The current minority government was elected in October 2015. The average duration of a minority government in Canada is 479 days, equal to about one year and 140 days.