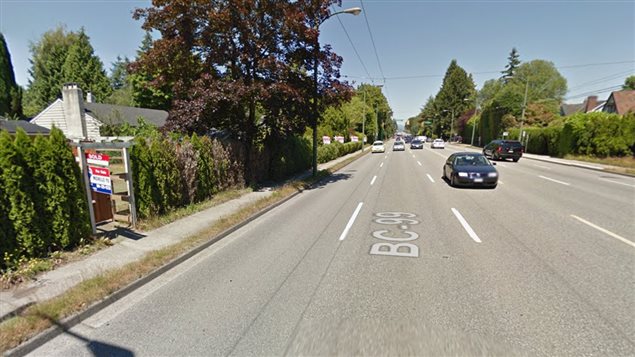 For sale signs in front of several houses in a row -a "land assembly" of several properties on Granville Str. in Vancouver, listed together as one large property to interest developers who want to build high-rise condos. The "single" property was listed at C$ 33.640,660.00 and has been sold
Photo Credit: google streetview

Recently many domestic and international financial analysts have said Canada’s housing market is overheated, that house prices are much overvalued.

Many say the market “bubble” is long overdue to burst and have a price collapse. That doesn’t seem to be happening at all, and especially not in the hottest markets of Toronto Ontario and Vancouver British Columbia.

House prices in Canada- above reality

In fact, a new scheme has been devised in the hottest sections of those overheated markets to increase prices further.

It’s called “land assembly”.  This is where several homeowners put their houses up for sale as a single unit.

A current example of the new trend in Vancouver has seven small bungalows on a street listed as one unit. The asking price is C$28.1 million, which works out to about $4 million each. The bungalows would normally sell in the current market there for between $2 and $2.5 million.

But collectively, the idea is that as a unit the land could be rezoned and a developer would step in order to build a large condo or townhouse development and so pay the much higher price just for the land.

Often developers will send out letters to homeowners about selling, and then the homeowners talk to each other and get together to sell as a unit.

It fits in with that city’s plan in rezoning areas of single family homes in order to “densify” housing in an effort to support public transit, new housing choices, and commercial activity.

Others are somewhat critical saying the plan shouldn’t be to allow unlimited development and speculation.

Real estate agent Michelle Yu, is mentioned in the Vancouver Sun saying she had just sold an assembly of nine single family houses for $33.4 million even though the city hasn’t announced plans to allow greater density in that area.  She said buyers with offshore money might be operating with longer time frames and different expectations on return.

Along a particular artery in the city, phase 1 and 2 of the city’s plans has already established a pattern for mid and high-rise development with 26 rezoning approvals.