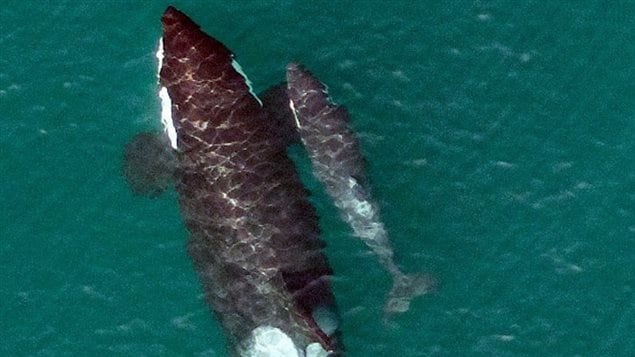 The picture of hope

Drones are in the news a lot lately and not always for good reasons.  But a remote-controlled aerial vehicle made news Friday for capturing this bird’s-eye view of an orca and her calf swimming in Puget Sound, off British Columbia.

Behind the controls were scientists from the Vancouver Aquarium and the U.S. National Oceanic and Atmospheric Administration (NOAA) Southwest Fisheries Science Center.

The photo is exciting because it shows the fifth calf to be born this year to the endangered southern resident killer whale population.

Last year, the J pod was down to 77 members, the lowest it had been in a decade.

Scientists say various environmental factors are to blame for the dwindling numbers, but following recent births, experts have expressed cautious optimism that the orcas are rebounding.

A bad year for killer whales ends on a positive note