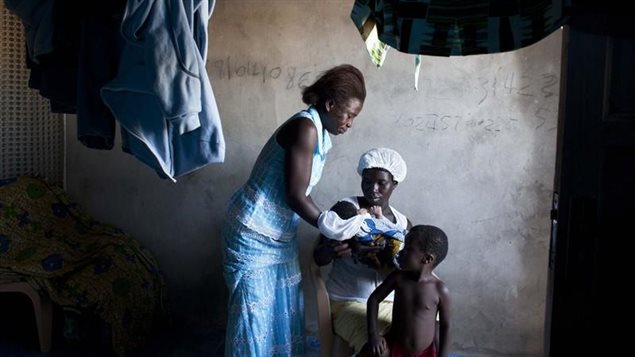 Oxfam says the revenues that African countries lose to tax havens could save the lives of four million children and 200,000 mothers, and could educate every child in Africa.
Photo Credit: Oxfam

62 people own half the world’s wealth: Oxfam

The rich are getting richer and the poor are getting poorer, and inequality is deepening, according Oxfam, an international agency that fights poverty and injustice. A new report indicates one percent of the world’s population owns as much wealth as all the rest, and that happened a year sooner than Oxfam predicted.

Five years ago, 388 people owned as much wealth as the poorest half of the population. Now, only 62 people do.

“The huge gap between the rich and the poor is making it impossible for people to lift themselves out of poverty and it’s having a negative impact particularly on women,” says Julie Delahanty, executive director of Oxfam Canada. “And that’s not happening by accident. It’s really happening because there’s a system that’s rigged, that’s allowing all of the money to flow to the richest percentage of the population.”

Oxfam is calling for an end to offshore tax havens, which allow individuals and corporations to shelter money from taxes thus denying governments huge revenues they need for health, education and other services. It wants governments to invest in such services and to take action to insure people are paid a living wage, and that women are empowered.

While Canada is a relatively wealthy country, it too has a widening gap between rich and poor. Oxfam notes that the poorest 10 per cent of Canadians are earning only $2.30 more per day than they did 25 years ago. But in the rest of the world, they are only making three dollars more per year.

“You have one in nine people in the world that is hungry,” says Delahanty. “With all that money flowing to wealthy people, it’s unconscionable; we can’t continue in this way and see that money get sucked up by the wealthiest.”

Oxfam is urging world leaders to tackle inequality at the World Economic Forum taking place in Davos, Switzerland this week.