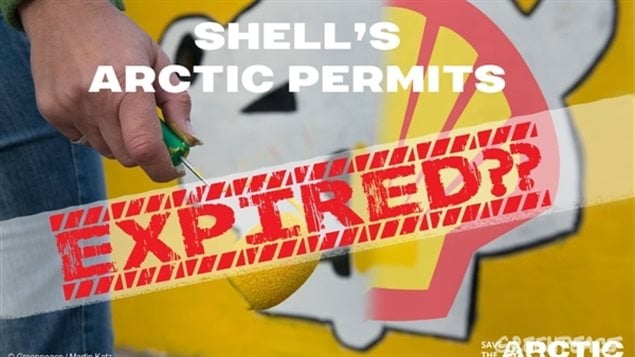 The permits were there, but are they legally still there?

In a strange case yet to be defined, it appears that long-expired oil exploration permits in the Arctic, are causing controversy today.

Through freedom-of-information requests, Greenpeace obtained documents showing that some 30 permits issued to oil giant Shell to explore for oil and gas in the Arctic decades ago, may have expired in 1979.

In part, the permits potentially overlap into  the Lancaster Sound area, an area the government and Inuit have been working on to establish as a protected  area, (Nunavut Marine Conservation Area –NMCA)

The issue is that Shell was using those permits as a bargaining chip as if they were still valid.  In negotiations with the federal government in 2014 Shell used the permits to get permission to do seismic testing before they would consider relinquishing them.  According to Greepeace, Shell was also negotiating to use the expired permits in an exchange for new ones elsewhere.

The arguments boil down to either the permits are invalid as they expired long ago and not renewed by either government nor Shell, or they nevertheless continue to be valid as the government acted as if they were. The permits expired in 1978 and were renewed for one year with no indication of any action afterward.

Greenpeace says it has an email  from Michel Chénier, the Director of the Petroleum and Mineral Resources Directorate at Indigenous and Northern Affairs Canada ( a government agency) which agreed with the latter postition.  In the mail, he says if the permits expired in 1979 then the government should have a record of them notifying Shell that the 30 permits were about to expire, (required under subsection 38-3 Canada Oil and Gas Land Regulations)  and the fact that they have no such record shows the permits are valid.

The Lancaster Sound NMCA committee is expected to complete its feasibility study with boundary recommendations later this year.

If the boundary extends into the drilling area, the indications are that Shell would demand compensation.

In 2010 the Inuit group Qikiqtani Inuit Association (QIA) won an injunction against seismic testing saying the noise would be extremely disrupting to marine life living and migrating through the area; marine life like narwhal, beluga, walrus, seal, and fish they local communities depend on for food.

Another legal battle over seismic testing along the coast of Baffin Island will be heard by the Supreme Court of Canada, although no date has been set for hearings to start.

Greenpeace meanwhile says if there is no clear evidence the permits were renewed, then it should indicate they are no longer valid and remove them from the books.

It also hopes the current Liberal government will act on promises to  give added protection to the north and indigenous peoples by ensuring such permits do not impede upon increased environmental protection.