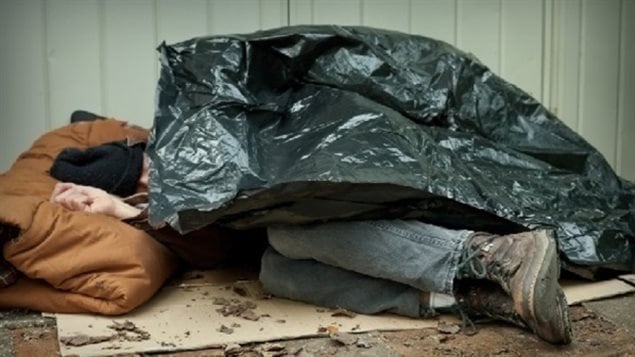 A new report suggests the Canadian government double planned spending on affordable housing to end a homeless “crisis.” The report released by the Canadian Observatory on Homelessness and Canadian Alliance to End Homelessness says the kind of person who is homeless is changing.

Homeless are not just older men

It is no longer mostly older white males who use homeless shelters. Increasingly, so do women, seniors, youth, veterans and families. In particular, indigenous people make up 27 to 33 per cent of the users of shelters, where they only make up 4.3 per cent of the total population. They are also 10 times more likely to use emergency shelters than the average Canadian.

Tim Richer, president of the Canadian Alliance to End Homelessness called the issue of homelessness a public health emergency and said that for some, a lack of housing is a matter of life and death.

A call for more funding

During the 2015 election campaign, Liberal leader Justin Trudeau promised to boost funding for affordable housing to reverse a trend of shrinking investment that started in the 1980s. Now in office, the Liberals propose spending $22.6 billion over the next decade. The advocacy groups say that should be doubled to about $43.8 billion. They add this would save money in the long run.