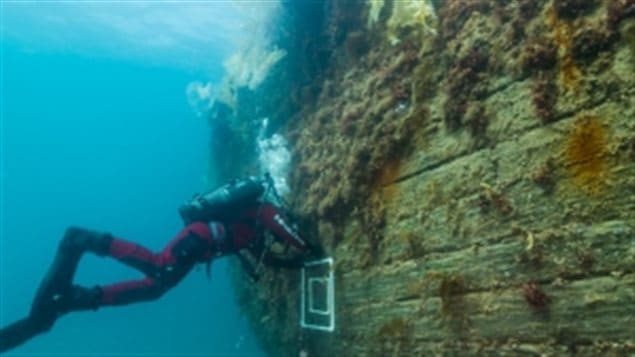 If you have lots of money, and a couple of weeks this summer, you could enjoy a very rare experience to view one of the Franklin ships up close.

The doomed mission was attempting to find a passage from the Atlantic through Arctic waters to the Orient, but the two ships HMS Terror and HMS Erebus, became trapped in ice in 1846, and remained trapped. Franklin and the 128 crew all perished.

This summer tourists may get a chance to actually snorkel over the HMS Erebus which was found in shallow water in the  Arctic in 2014 after a century and a half of searching. HMS Terror was found in 2016

In a Parks Canada press release on January 20,  the minister responsible for Parks Canada, the Hon. Catherine McKenna said, ”This opportunity to experience the wreck site of HMS Erebus offers a unique and meaningful way for Canadians and international travelers to discover our northern environment and heritage. It’s also a great way for visitors to learn more about Inuit history and culture and the significant contributions of Inuit knowledge to the story of the lost Franklin Expedition. I hope to see more partnerships like this, which will support northern communities through employment opportunities and community development, and showcase the wonders of the Canadian north.”

Interestingly, Parks Canada has never publicly revealed the exact location of the wreck in order to prevent theft of artefacts, or simple disturbances of the ship and it’s contents.

The chance to view the historic wreck is the result of a partnership deal among an Ontario-based tour company, Adventure Canada, the federal agency Parks Canada, and the Franklin Interim Advisory agency, consisting of Inuit and Nunavut resident stakeholders.

This September the cruise ship Ocean Endeavour will embark on a two-week cruise from Kugluktuk, Nunavut, to Kangerlussuaq, Greenland, and will stop at the site of the Erebus wreck.

Those not wanting to get in the water can watch as a Parks Canada remote operated vehicle films the wreck while a guide interprets the images.

The 17-day cruise is not for the faint of wallet however.

The cheapest berth, a shared four bed room is USD $8,995 and goes up to almost USD$ 23,000 for a suite. And that doesn’t include such things as airfare to Nunavut, or compulsory medical insurance.

Parks Canada- Inside the HMS EREBUS