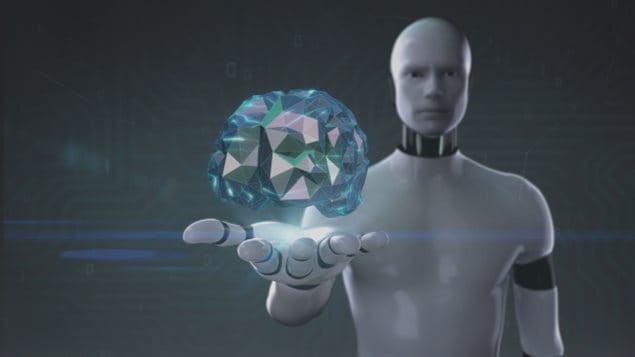 It’s not just repetitive labour jobs that are losing out to technology.Experts say Canadian workers could be in for some major upheaval over the next decade as increasingly intelligent software, robotics and artificial intelligence perform more sophisticated tasks in the economy.
Photo Credit: CBC news

Think your job, your career, is secure? Think again!

“There will be huge carnage and it is going to happen quickly”. Frank Graves

We’ve seen it in forestry; one machine can replace a hundred lumberjacks. We’ve seen it in construction where one worker with a nail gun can replace a dozen carpenters with hammers. In manufacturing, a dozen robots replace 200 or so assembly line workers.  Now autonomous cars and trucks are on the verge of replacing literally millions of taxi and commercial truck drivers.

And why have a person answer questions over the phone when you can have a “Siri” which can work 24 hours a day, never gets sick or takes time off.

“But I’m a banker, para-legal, stockbroker, so at least my career is safe being lost to technology and automation. Well very possibly not so safe after all !

Sunil Johal is Policy Director of the Mowat Centre at the University of Toronto. The centre is a non-partisan, evidence–based, public policy think-tank. He is the lead author of a new study called, “Working Without a Net”.

The report begins with the somewhat ominous statement, “Millions of Canadians might lose their jobs to automation in the next decade. Hundreds of thousands of others could see their full-time positions replaced with short-term, temporary gigs”

Johal says within 10 to 20 years, about 42 percent of jobs in Canada will disappear through automation. The estimates for Canada range from 1.5 million jobs lost at the lower end, and up to 7.5 million gone at the upper end. That’s out of a current labour market of 18 million.  At the same time, more people will be struggling with several part time jobs, and temporary employment.

In a Globe and Mail news article Frank Graves, co-author with Graham Lowe of Redesigning Work is even more ominous about the rapid growth of automation, “There will be huge carnage and it is going to happen quickly. There are solutions but they will require bold action, not some bromides about innovation.”

The report indicates that the idea of steady work, of any kind, blue or white collar, is already becoming a thing of the past. It points out that since 1997 temporary and part-time work has risen by 57 percent.

Many of the jobs that were considered beyond the reach of technology, are simply no longer protected.

Johal says even work by lawyers and para-legals, accountants, stock brokers and many others, can be done by computer programmes.

Tory Sherman, 32, thought her career choice in mortgage financing with a top bank was a safe one.

However, quoted in a CBC article she says,”I witnessed about 40 per cent of my department get laid off and the reason they were given was automation, and these are people who had spent years getting trained to be experts in this field. A lot of it was pretty shocking to all of us.”

Education systems have tended to direct students into specific and specialized career choices, but students may find upon graduation that those careers are now dominated by automated programmes.

The report offers suggestions but also indicates the government must begin to realize that systems are already changing and new ways of thinking and new social policies are needed to avert the prospect of millions of people without work and unable to find work of any kind.