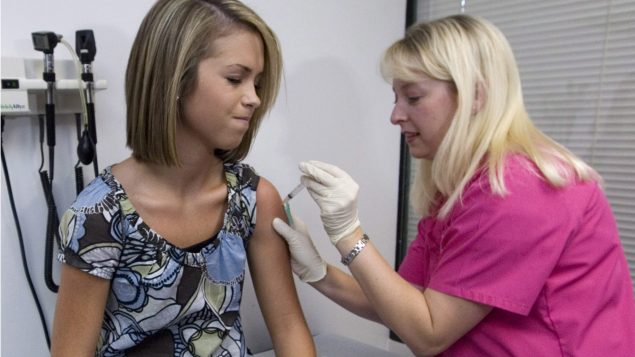 The vaccine against human papillomavirus helps protect people from several cancers, and new research shows it will not affect their chances of getting an autoimmune disorder. (John Amis/AP Photo/file)

HPV vaccine is again scientifically proven to be safe: study

Canadian research shows getting inoculated against the human papillomavirus does not increase the chance of getting an autoimmune disorder such as rheumatoid arthritis, multiple sclerosis or Bell’s palsy. Some people continue to question the safety of vaccinations in general, in spite of overwhelming scientific evidence that proves they carry very little risk and huge benefits.

In this case, a study by the Institute for Clinical Evaluative Sciences looked at the records of almost 181,000 girls who were given the HPV vaccine between 2007 and 2013 in the province of Ontario. Only 681 were later diagnosed with an autoimmune disorder and that is similar to the proportion found among girls who did not get the vaccine. So, the study shows the vaccine made no difference in the chances a person would develop an autoimmune disorder. 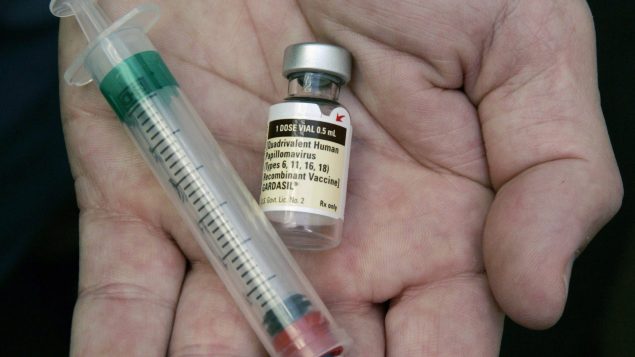 The vaccine to prevent HPV is often given to Canadian girls and is increasingly provided for boys too. (Charles Rex Arbogast/AP Photo/file)

HPV is the most common sexually transmitted infection around the world affecting between half and three-quarters of sexually active people. Most infections don’t cause symptoms and often they disappear on their own. However, HPV is linked with several oral cancers as well as cancers of the penis, vagina, vulva, cervix and anus. It also can cause genital warts and lesions in the upper respiratory tract.

In Canada, the proportion of oral cancers caused by HPV increased by about 50 per cent between 2000 and 2012. The Canadian Cancer Society reported that in 2012, 1,335 Canadians were diagnosed in 2012 with HPV-related oral cancer and 372 died from it.

Vaccination recommended for all young people

For over a decade, there have been campaigns to vaccinate Canadian girls against HPV before they become sexually active and several provinces have expanded them to include boys. Adult women in Canada are routinely tested for cervical cancer to catch any tumors early. Use of condoms can help lower the risk of HPV transmission.

The study was published in the Canadian Medical Association Journal.