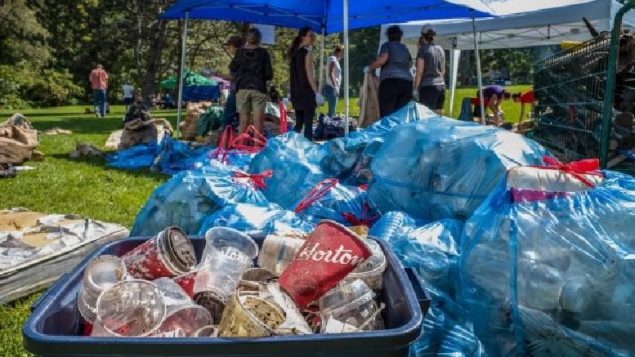 Greenpeace was among many international organisations taking part in shoreline cleanup and auditing the brands most commonly found as waste Cleanups were conducted in several Canadians cities shorelines including one in Toronto's Don Valley. Nestlé and Tim Hortons were the top two companies responsible for the branded plastic found. (Stan Williams/Greenpeace

You probably heard of the giant “Pacific gyre” a massive accumulation of plastic waste in the ocean. Microplastic waste with its still as yet not fully understood negative implications can be found in every water body in the world even in the Arctic ice.

An international movement called Break Free from Plastic, involving environmental groups in 42 countries recently began audited the waste plastics it collected in terms of the companies who market the products. 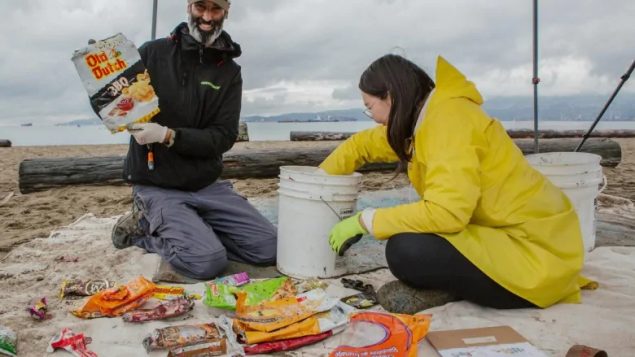 “Corporations cannot greenwash their role out of the plastic pollution crisis and put the blame on people, all the time. Our brand audits make it clear which companies are primarily responsible for the proliferation of throwaway plastic waste that’s defiling nature and killing our oceans. These events provide undeniable evidence of this truth,”  Von Hernandez, global coordinator, #breakfreefromplastic

In 239 cleanup efforts, plastic containers from those three multinationals were found to be the most common.  The audits then named Danone, Mondelez International, Procter & Gamble, Unilever, Perfetti van Melle, Mars Incorporated, and Colgate-Palmolive were the most frequent multinational brands collected in cleanups, in that order. 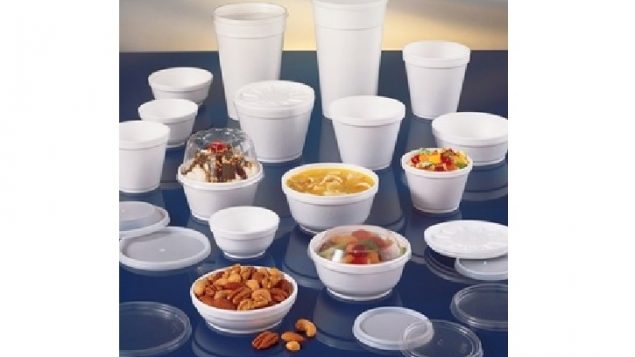 “Every year, thousands of people get together to clean up the waste that washes onto beaches around the world – but more plastic always reappears. To break the cycle of plastic pollution, we need to do things differently,” Stiv Wilson, Campaigns Director for The Story of Stuff Project

In Canada, Greenpeace organised cleanups in four major Canadian cities along lake and ocean shores, Vancouver on the west coast, Toronto and Montreal, and Halifax on the east coast. It was in conjunction with “World Cleanup Day” on September 15.

In Canada, the top brands of garbage in order 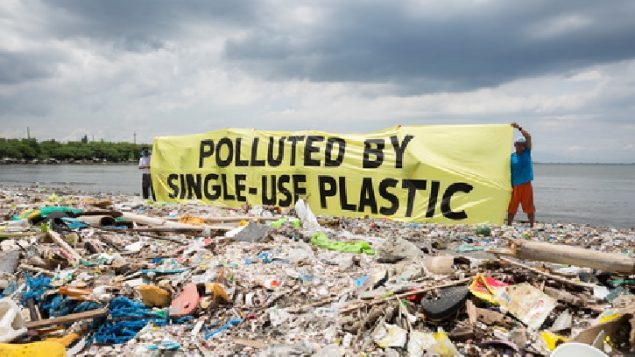 In response to a CBC request for comments from the major companies, all said they were concerned and working on solutions  to reduce their environmental footprint and on making all packaging recyclable.  However, Nestle also suggested the audit showed there was a need for better waste management.

While improving recycling is always desirable, Greenpeace notes that even recyclablesingle-use products have an environmental footprint. Noting that consumers simply don’t have a lot of choice regarding single use plastics and Greenpeace is encouraging companies to develop re-usable containers and other options.