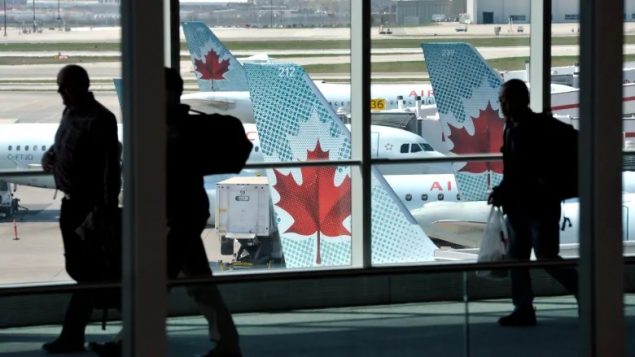 A whole bunch of people–from the airline industry to passenger and consumer advocates–say they are less than estatic.

Among other things, those obligations include informing passengers about their rights and keeping them up to date about delays and cancellations. 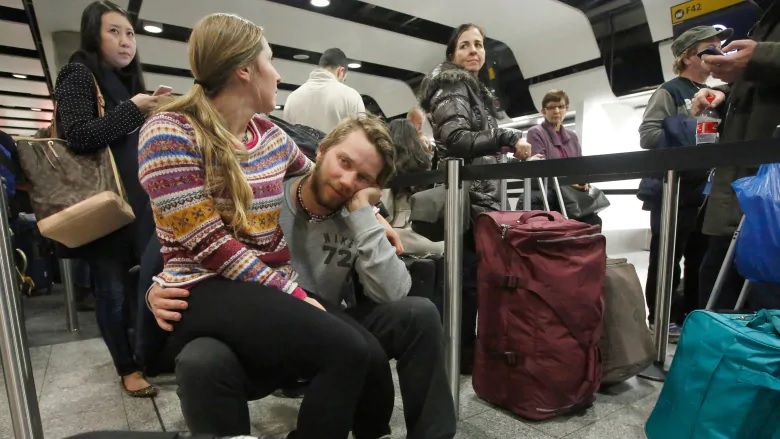 The new rules dictate what passengers are entitled to in terms of compensation when their flight is delayed for reasons within the airline’s control. (Luke MacGregor/Reuters)

Passengers bumped from a flight will be compensated up to $2,400, lost baggage will cost an airline $2,100.

As for time spent on the tarmac?

Passengers will now be allowed to leave the plane in certain situations if delays exceed three hours–though that’s twice the time a Senate committee that studied the rules recommended.

Disagreement about the legislation appears set to turn into a very bumpy ride.

The International Air Transport Association and several airlines say the the new rules violate international agreements and Ottawa is overstepping its authority.

The advocates say that airlines’ exemption from compensating customers in situations “outside of the airline’s control” uses too broad a definition and amounts to a loophole.

Meanwhile, a second set of rules is scheduled for December. Compensation rules in place for international flights when luggage gets lost will now extend to flights within Canada, too. (The Associated Press)

Those rules impose no obligation on airlines to pay customers for delays or cancellations if they were caused by mechanical problems discovered in a pre-flight check – walking around the aircraft before takeoff looking for defects – rather than during scheduled maintenance – more thorough inspections required after 100 hours cumulatively in the air.

On Monday, Transport Minister Marc Garneau said he was “surprised” and “disappointed” by legal action from Canadian airlines to quash the new rules.

“We feel that we have done our homework very, very carefully in consultation with the airlines and with other stakeholders,” Garneau told reporters.

“We feel that the passenger rights that we’ve put in place are going to stand up and that they’re very fair to both passengers and to the airlines.” 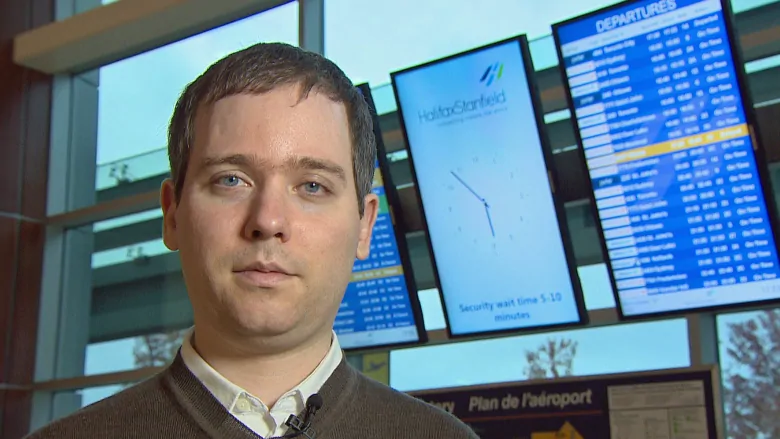 Gabor Lukacs is a long-time advocate for passenger rights. (CBC)

I spoke with him by phone Tuesday in Hungary, where he is on a family visit.