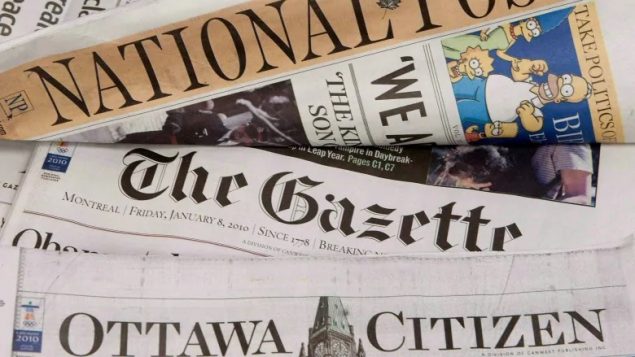 Canadian newspapers are struggling to continue printing and supporting journalists in the face of declining revenues, in part due to internet giants like Amazon, Google, Apple, Facebook and others. (Adrian Wyld-CP)

Newspapers and democracy: Struggling in the face of the internet

In recent years there have been many reports of news operations cutting back, and many small community and regional newspapers closing. News rooms have also been declining in broadcast media.

It seems to be a case of slow but steady decline in revenue and readership as advertisers and readers turn to the digital world and giants of content like Amazon, Google, Facebook, and Apple.

Lucinda Chodan, along with others, has noted that a strong and reliable press is important to ensure and support democracy. She is senior vice-president editorial for the Post Media group, and the editor-in-chief of the influential Montreal Gazette,the most important English language paper in the province, and one of the more important papers in the country. She recently appeared before a provincial parliamentary committee in Quebec to discuss the state of print and other media.

Even before the arrival of the internet, such as that of the federal Davey Commission in 1970, and Kent Commission in 1981, there were concerns about media concentration and the limitations it might have on the availability of differing public affairs opinions and by extension, democracy. 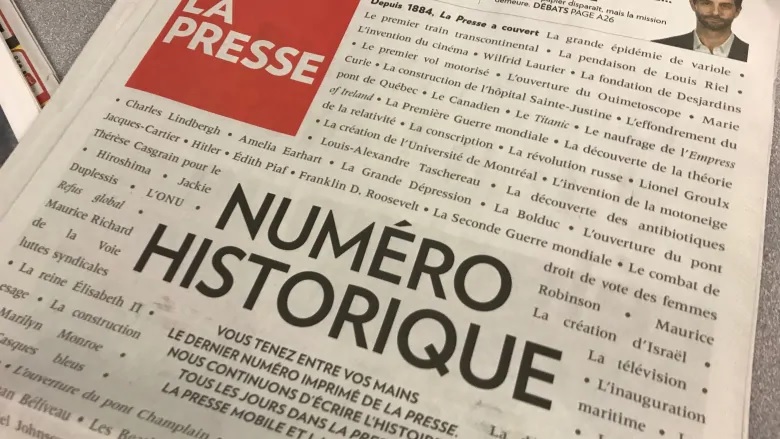 After 134 years Montreal’s La Presse, the most widely distributed French language newspaper ceased printing a hard copy at the end of 2017 going completely digital but continued to struggle. (Jaela Bernstien/CBC)

Now, those concerns have only deepened, as more newspapers and media outlets struggle and are bought out by a handful of larger organisations with many of the smaller operations subsequently closed or newsrooms amalgamated.

However, the newsmedia financial concerns have become worsened by foreign internet giants taking content from the news operations without adequate compensation to the original sources and with the previously mentioned big four alone siphoning off about 80 per cent of advertising, critical to pay for the news outlets and the journalists. 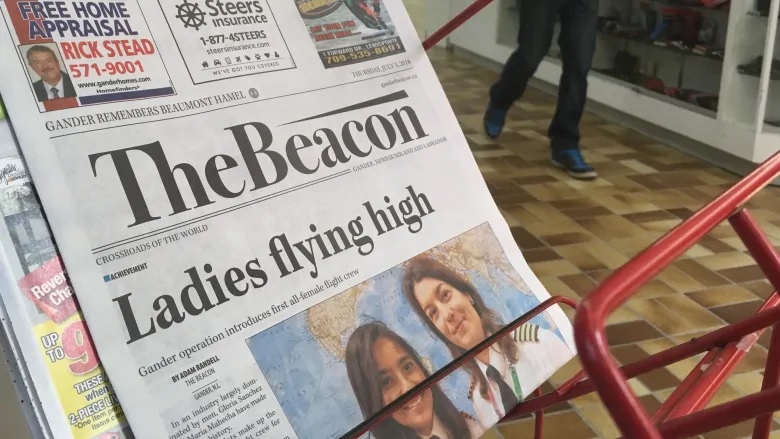 The giants also do so without the burden of having to pay taxes in Canada or providing employment to Canadians as does the Gazette and others.  Chodan notes that the Gazette pays $320,000 annually just in recycling tax alone, in addition to such things as property taxes, infrastructure maintenance costs, and taxes on materials needed to function as a news source. 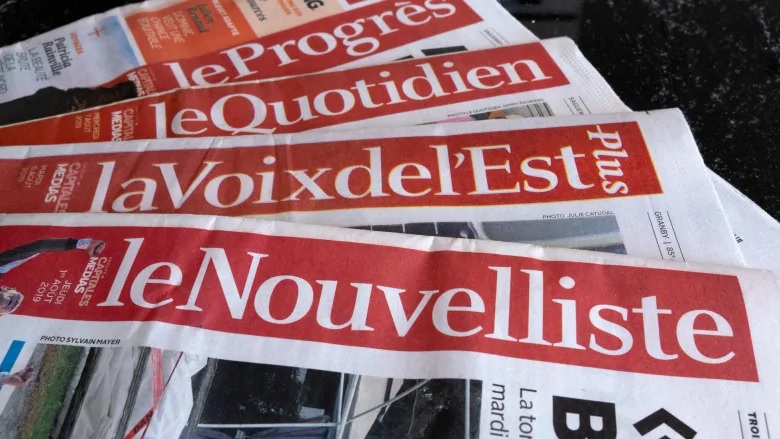 August 2019: The Groupe Capitales Médias, which owns the newspapers pictured above, is going to file for bankruptcy protection under the Creditors Arrangement Act. The Quebec government has offerred $5 million to help keep the papers going. The Federal government has proposed a $600 m tax credit to newspapers to help them to transition in the digital age (Paul Chiasson/The Canadian Press)

She notes that in the Gazette’s case, the newsroom has been cut by 50 per cent since 2013, and that compromises the ability to discover and report on stories, and on the important investigative reporting with background and context.

Also, rightly or wrongly, people want the internet to be “free” and don’t want to pay for online subscriptions as was and is the case for print subscriptions, another blow to revenues. Creating newspaper paywalls, i.e., buying access to the news,  have not been entirely successful.

As noted by CTV, she told the provincial commission, “The reduction represents a threat for democracy in Quebec. Without the Gazette and other media that cover the local and provincial news, a good part of the news that affects Quebecois will simply not be communicated.”

Chodan says while the internet has enabled a wider diversity of opinions, accuracy and honesty has suffered and reliable news coverage still comes from  the major media sources with professional and accountable journalists. She adds says there is encouragement as she sees people are hungry for reliable news and information and that bodes well for the future of professional news services, but notes that perhaps the days of daily print newspapers, especially local, are likely numbered.