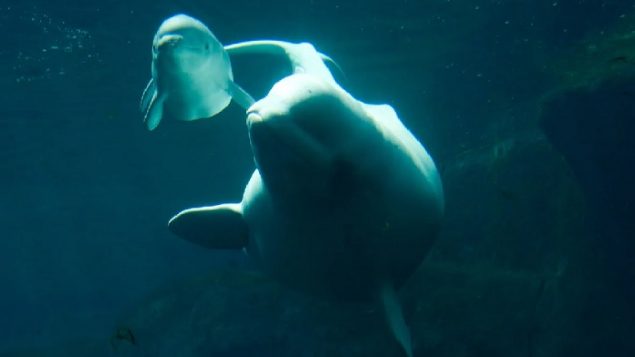 There are an estimated 200 beluga in captivity, An environmental organisation hopes to create a natural sanctuary for 4-8 whales off the eastern Nova Scotia coast (The Canadian Press)

A Canadian research team tested seven belugas in the eastern Beaufort Sea that had been harvested by Inuvialuit hunters. In each of the animals the scientists found evidence of microplastics in the stomachs and intestines.

The area around Tuktoyaktuk is remote and the team were surprised to find this level of microplastics so far north. 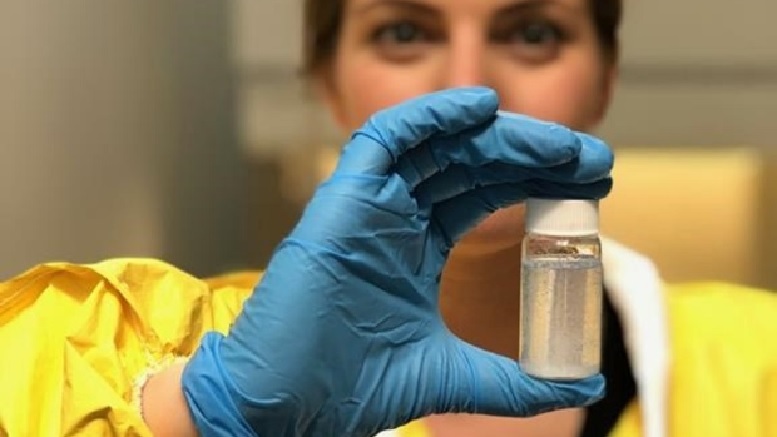 In all some 350 bits of plastic bits and fibres were found most of which were less than two millimetres in size, and about half of which were polyethylene terphalate, PET, commonly used as bottled water and other drinks containers.

The study involved scientists from Simon Fraser University, Ocean Wise Conservation Association, and the federal Department of Fisheries and Oceans. 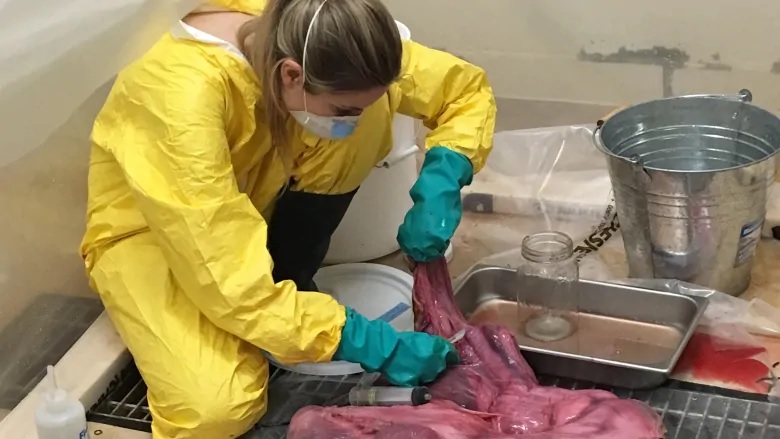 While previous studies have looked at the bodies of dead whales where presence of plastic may or may not have been a consideration in their death, this was the first test for microplastics taken from healthy whales which had been taken for food.  Researchers suspect the tiny plastics were first ingested by fish subsequently eaten by the whales.

They also note that the long term effects on the whale’s health, and the community members that eat them, are unknown but that even if minor, it could be just one more health issue on top of the several other concerns the whales are facing in a changing environment.  There have been concerns that the micro-plastics absorb toxins that can leach into bodies during the digestive process. 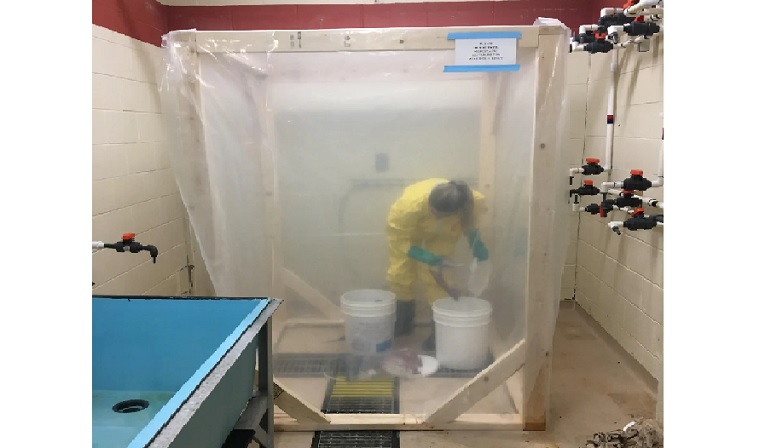 Rhiannon Moore specifically built a cleaning tent for dissection to prevent outside microplastics from contaminating her stomach samples. (Ocean Wise)

Whales are an important part of the local diet and nutrition and there have long been concerns about contamination from mercury and persistent organic pollutants (POP’s) and pesticides.

Other studies have shown many animals and seabirds in the Arctic have eaten bits of plastic.