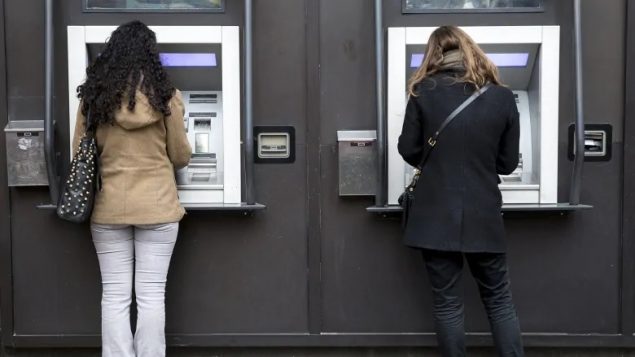 Now ubiquitous, ATM's, also known as ABM's 50 years ago were the newest in convenience when they were introduced in Canada on Dec 1, 1969 ( David Donnelly-CBC)

In the “good old days” if you needed cash, you had to make to the bank during their relatively limited public hours Monday to Friday. Forget weekends, or after hours, if you ran short it was too bad.

So it was on December 1, 1969 that new technology came to Canada in the form of a machine stuck in the outside wall of a bank. It was the first “automatic teller machine” (ATM) or “automatic bank machine” (ABM).

The Canadian Imperial Bank of Commerce (CIBC) was the first in this country to adopt the technology calling it the “24 hour cash dispenser”.

Introduced in London, England in June 1967 by Barclay’s as DACS-the De La Rue Automatic Cash System, and then the U.S in ’68, and Australia in ’69, the machine enabled the bank’s clients to open the machine with a key, then slip a plastic bank card into the machine and then punch in their security code after which an envelope with a small fixed amount of cash would pop out.  In Canada’s first machines it was $30. 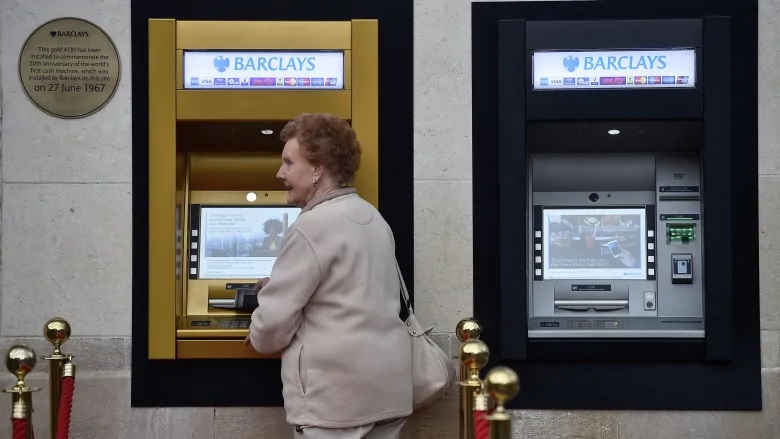 In Jun 2017, on the 50th anniversary of the world’s first ATM, Barclays placed a “golden” ATM at the location of that first machine. (Hannah McKay-REuters)

Other Canadian banks followed but not immediately, with the Royal Bank of Canada (RBC) in ’72, Scotia Bank in 1973,  Bank of Montreal with “Instabank” (BoM)  in the mid 70’s and Toronto Dominion (TD) in ’81 with their “Johnny Cash machine” with a commercial featuring the famous singer, but later switched to the name “Green Machines”.

The machines evolved fairly quickly as well from simple withdrawal of a small fixed amount originally, to capability of deposits, cheque cashing and other features which had previously required a teller. 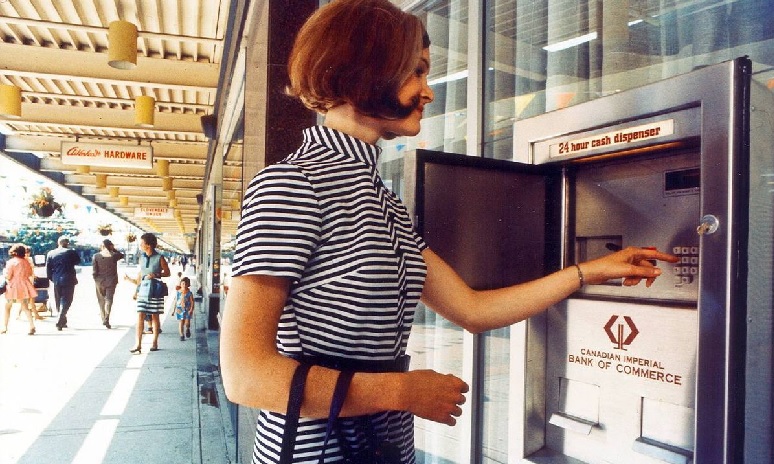 Woman using one of the early CIBC “24hr cash dispenser” machines. First unlock the access door with a key, slip in your card, punch in the code, then take out $30. The height of convenience in the early 70’s. (CIBC)

By the mid to late 70’s the machine’s popularity and numbers were growing steadily. In 2009, CIBC alone had over 3,800 of the machines across the country. Today there are over 18,600 bank-owned machines in Canada, and about 70,000 in all, the latter privately owned and charging a fee for withdrawals.

In 1988 a related technology, the debit card, came to Canada. Tried first by Credit Unions in Alberta and Saskatchewan and adopted in a test by the RBC in London Ontario,  the debit card was similar to a credit card, but took money directly from your bank account to the store’s account, meaning you really didn’t have to go to a bank machine for cash in many cases such as grocery and other shopping.

Although there has been some backlash from people noting that the machines have resulted in job losses of tellers and some branch closures, the popularity of the bank machines grew.

Once the latest in convenience, now even these technologies, although are slowly being replaced by internet banking function people can access through their smart phones. Banks estimate that about 68 per cent of banking activities are now done online or through smart phones, and only 16 per cent of transactions taking place through banking machines, the once revolutionary technology now itself being supplanted by newer technology. 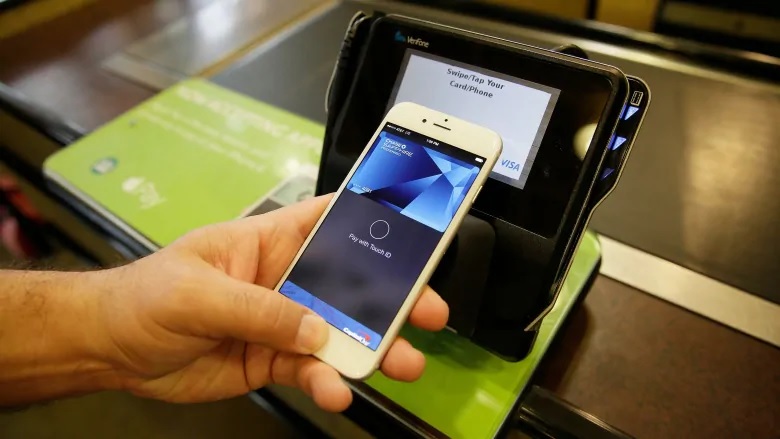 Now, the complaints are that online tech has led to hacking and theft incidents, and that companies can now track and record your activities even more than before. Still that seems to hardly slow the expanding use of online and mobile banking tendencies.

Because of the decline in their use banks have begun to slowly eliminate ABMs as they are becoming less used, and less profitable.

A once revolutionary technology, is now being slowly replaced by new digital technology and like the old pay-phone booths, although still plentiful,ATM’s may soon become harder to find.