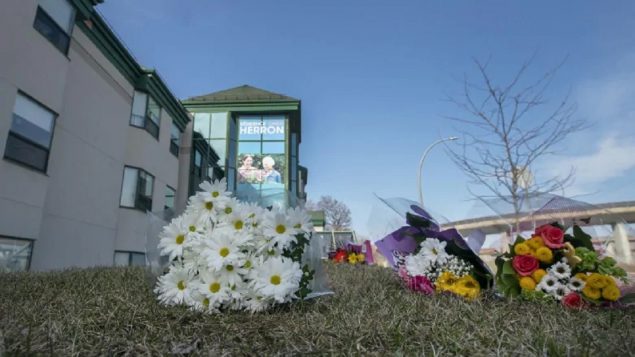 Flowers were left on the lawn of CHSLD Herron after the Quebec government confirmed that 31 people had died in the residence over the previous month. Inquiries will be launched into the Quebec long term care system and into the situation at the Herron specifically which was particularly hard hit (Ivanoh Demers/Radio-Canada)

In both Ontario and Quebec, long-term care homes, for the elderly and others need constant attention, have by far been the centres of the highest rates of death from the disease.

When staff left or themselves became infected, the military had to be called in, and are now also reporting incidences of the residents having been abused.

Now Quebec ombudsman, Marie Rinfret, has announced her office is starting an investigation into the situation concerning handling of the crisis but also into the care situation beforehand. Her office noted there had been several concerns raised prior to the crisis including “insufficient oversight of the private sector by the public network.” 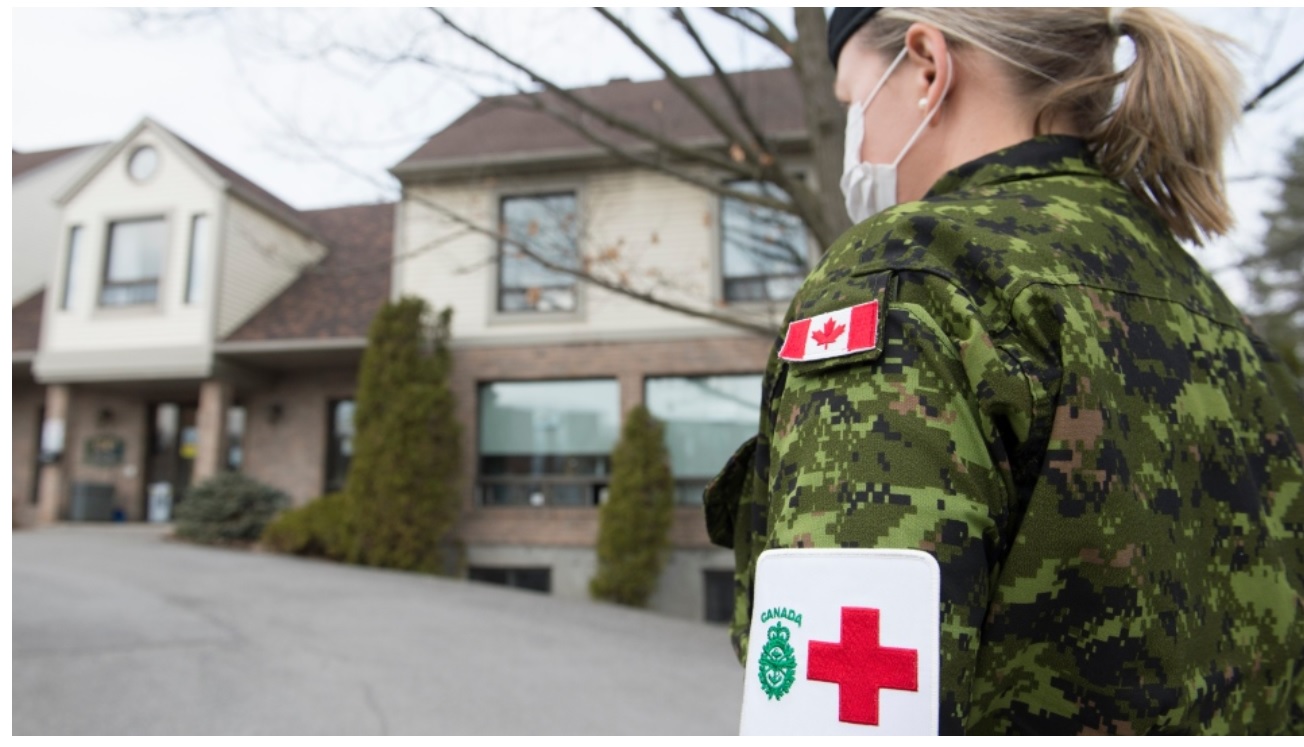 A member of the Canadian Armed Forces is shown at Residence Villa Val des Arbres a long-term care home in Laval, Que., Sunday, April 19, 2020, as COVID-19 cases rise in Canada and around the world. The military has reported on severa disturbing situations they’ve discovered in the residences (THE CANADIAN PRESS/Graham Hughes)

Other investigations are also being conducted into the situation at one of the hardest hit institutions, the Residence Herron, where dozens had died. The provincial health ministry has appointed a special investigator in addition to a police probe, and coroner’s inquiry  and a public health investigation. The provincial ombudsman’s office expect an initial report by the autumn of this year.

With news of the military reports of abuse and conditions at the five residences where they have been deployed in Ontario, Premier Doug Ford announced the government will investigate. 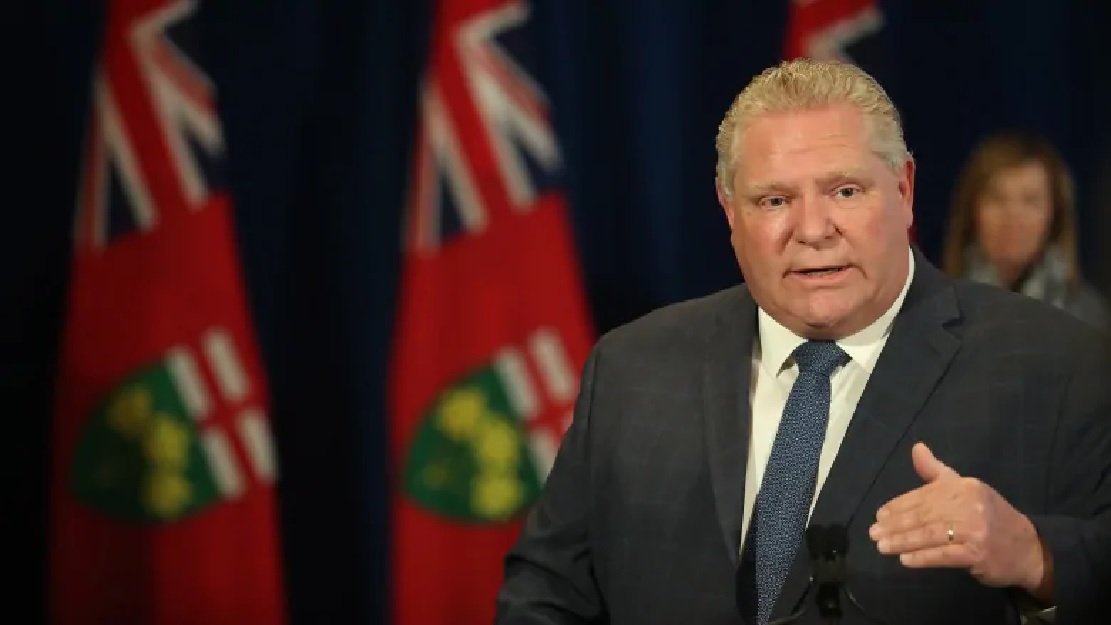 Ontario Premier Doug Ford said he was extremely disturbed by what the military had seen in the homes. He said an investigation may lead to charges being laid. (Steve Russell/Pool/The Canadian Press)

In a statement that these reports were extremely troubling and that the government, “will take immediate action to investigate the concerns raised by the Canadian Armed Forces to ensure the safety of our residents in these five long-term care homes and in homes across the province.”

Ford also says the investigation could lead to criminal charges being laid against those in charge of the residences.

Ford also requested that the federal government and Armed Forces extend their help to the long term care homes for another 30 days.

There will also be an immediate investigation by the Ministry of Long-Term Care Inspections Branch regarding the specific critical incidents referred to in the report. Ontario will also launch an independent commission into the province’s long-term care system beginning in September.

Estimates have indicated that up to 82 per cent of the COVID-19 related deaths in Canada have been in long term care homes.