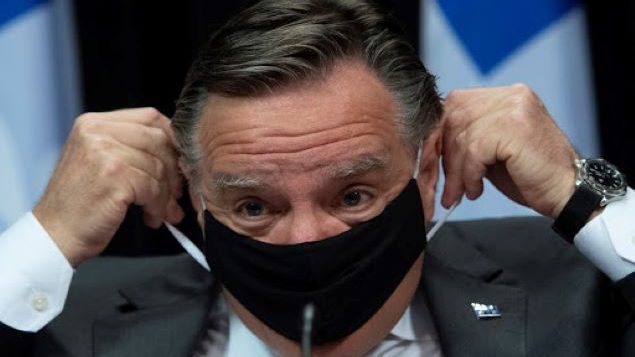 Quebec Premier François Legault puts on a mask while saying he won't put it over his eyes, at the end of a news conference on the COVID-19 pandemic on Wednesday at the legislature in Quebec City. (THE CANADIAN PRESS/Jacques Boissinot)

Premier François Legault says he will launch a massive recruitment campaign to bring at least 10,000 orderlies into Quebec’s beleaguered long-term health care system that has seen thousands of seniors die from the COVID-19 virus.

He also wants the Canadian military, which has been helping out at the nursing homes since the middle of April, to stay until September. 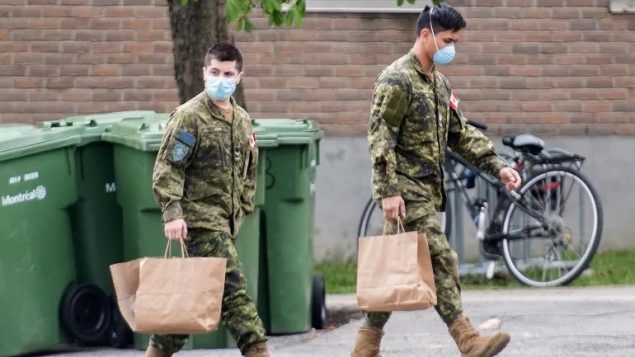 Members of the Canadian Armed Forces are shown at Residence Yvon-Brunet, a long-term care home in Montreal, Saturday, May 16, 2020. (THE CANADIAN PRESS/Graham Hughes)

The assessment of long-term care in Quebec came a day after a more damning report about facilities in Ontario was made public.

Legault said his government would offer a three-month training program over the summer, during which the prospective orderlies will be paid $21 per hour. If they complete the program, their starting salary will be $26 per hour.

“I ask all Quebecers that can to consider it very seriously,” he said.

Quebec remains the epicentre of the virus’s outbreak in Canada.

On Wednesday, the province reported 89 additional deaths, bringing the total to 4,228.

Over 70 per cent of the deaths have occurred at the long-term facilities, known as CHSLDs. 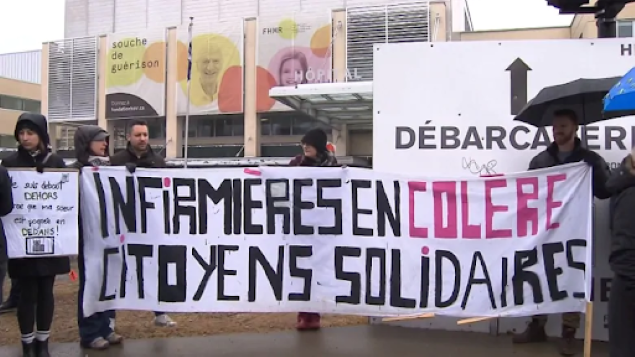 Meanwhile, Presse Canadienne reports the demonstrating nurses — who were joined by other health-care professionals — were calling for relief from a government order preventing them from taking vacation time during the pandemic.

The demonstrators, who were complaining of burnout in early April, also called for safer working conditions and better pay as their union negotiates new contracts for them with the province.

Their slogan for their protests: “mortes de fatigue” — dead tired.

On Monday, Legault hinted that he might be open to allowing asylum seekers who are working in the facilities to apply to remain in Canada as immigrants.

Earlier this month, he said he was mulling over a complete overhaul of the long-term care system.