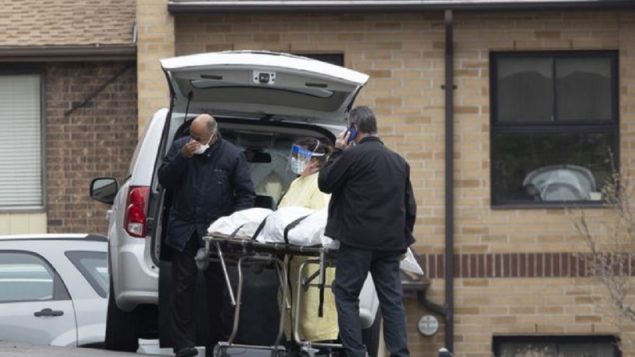 A body is removed from Orchard Villa Care home in Pickering, Ont., on April 26, 2020. This is one of the institutions that will now come under provincial control as a result of a military report citing disturbing conditions (Chris Young-THE CANADIAN PRESS)

The sad and tragic state of some of Canada’s long term care homes, long warned about, has finally come to light.

Their reports this week found severe lapses in medical hygiene, but also bug infestations- cockroaches, to rotten food, lack of care leaving some in soiled clothes and bedding for long periods and even cases of verbal and physical abuse of residents.

After expressing the revelations “heartbreaking’, Ontario Premier Doug Ford said effective immediately the five residences mentioned in the report will come under provincial control. The situation at the sixth location has apparently stabilised. On Monday the province had ordered two other such facilities to come under hospital control. 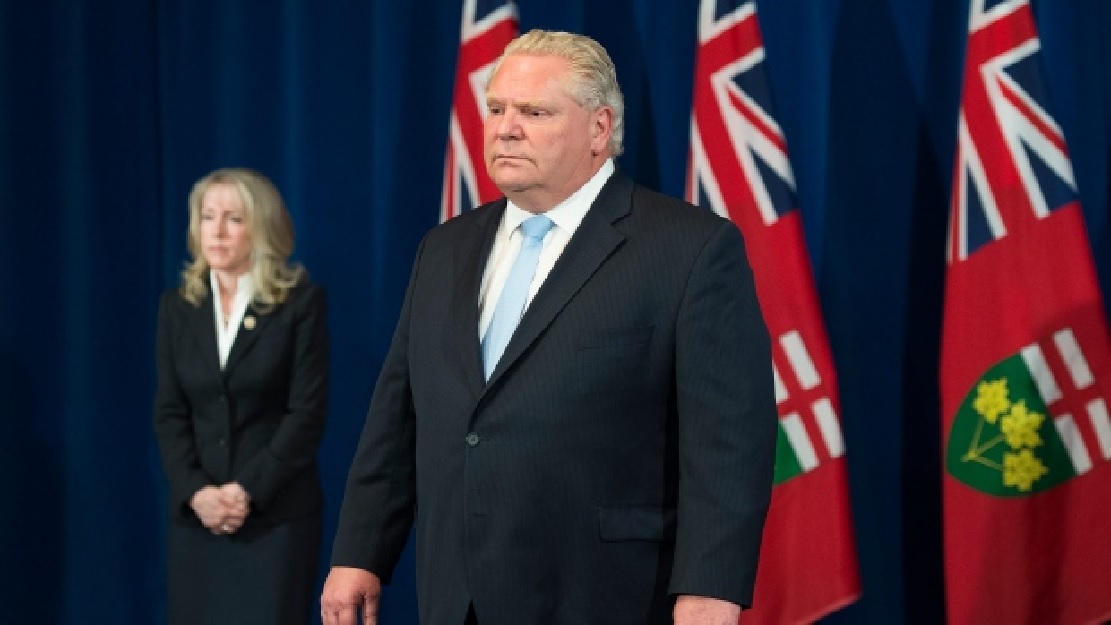 Ontario Premier Doug Ford, visibly upset at what he learned from the military report, listens to questions about a disturbing report from the Canadian military regarding five Ontario long-term-care homes during his daily updates regarding COVID-19 at Queen’s Park in Toronto on Tuesday, May 26, 2020. THE CANADIAN PRESS/Nathan Denette

On the Ontario government website Ford is quoted saying, “I made a commitment to our long-term care residents and their families that there would be accountability and justice after receiving the military’s heart-breaking report on the state of five of our homes.”.

The companies running the five controversial residence also operate another 80 of the provinces approximately 630 such long term care and residence institutions in the province.

An independent commission into the effect of the pandemic on long term care homes was to begin in September but that has now been moved forward to July. It will involve public hearings, witnesses, and examine public reports

Premier Ford said that although there had been annual inspections in the past, the residences named in the report will be subject to future rigorous and expanded  inspections, including an inspector staying in the residence for two weeks at a time to observe and note operations and function.

He has also suggested that following investigations, charges could be laid against management. He also said the province was “fully prepared” to take over more institutions if need be and/or revoke operating licences.

Ontario has requested the military continue its help at the residences until at least June 12, while in Quebec a request has been made for soldiers to remain until September.