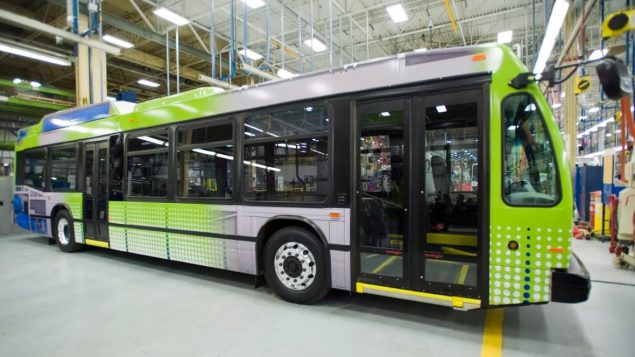 An electric bus is shown at the Nova Bus production plant in St. Eustache, Que., on March 7, 2012. The government announced today that a new $10 billion infrastructure package will include $1.5 billion to speed up the adoption of zero-emission buses and charging infrastructure. (THE CANADIAN PESS/Graham Hughes)

The Liberal government today announced plans to spend nearly $10 billion over three years in infrastructure initiatives that it hopes will help create some of the million jobs it promised in last week’s speech from the throne as well as help Canada meet its goal of net-zero carbon emissions by 2050.

The initiatives include broadband, clean energy and agricultural projects and are part of the Canada Infrastructure Bank’s pot of federal investments. 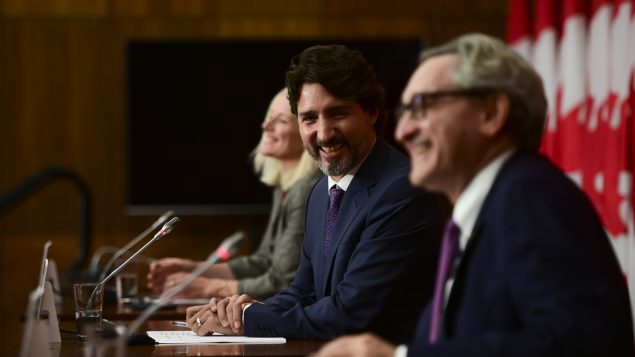 Minister of Infrastructure and Communities Catherine McKenna, left to right, Prime Minister Justin Trudeau, and Chair of the Board of the Canada Infrastructure Bank Michael Sabia share a laugh as they hold a press conference today in Ottawa. (THE CANADIAN PRESS/Sean Kilpatrick)

Trudeau, who said he expects the plan to create 60,000 jobs, was joined at today’s announcement by Michael Sabia, the chairman of the bank’s board, and Infrastructure Minister Catherine McKenna.

“Canada has an opportunity to be the low-carbon economy that global investors beat a path to,” McKenna said. 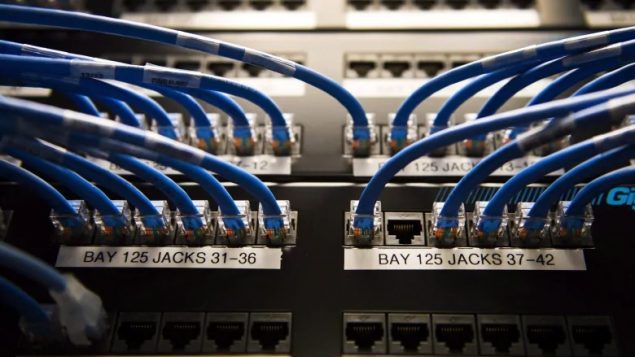 Some $2 billion to help connect about 750,000 homes and small businesses to broadband in underserved communities is part of the package announced today. (THE CANADIAN PRESS/Nathan Denette)

Sabia was named chairman of the board in April amid a shakeup of the bank’s senior executives.

At that time, he and the government predicted that the bank would play a major role in stimulating the economy after the pandemic.

The Liberal government created the bank in 2017 as a way to leverage funds from private sector partners to pay for what the government called “transformational” infrastructure projects and was given authority to spend $35 billion over 10 years.

It has been criticized for the relatively few investments it has made since it was created, and both the Conservatives and the NDP promised in last fall’s federal election to abolish the bank if they formed the new government.