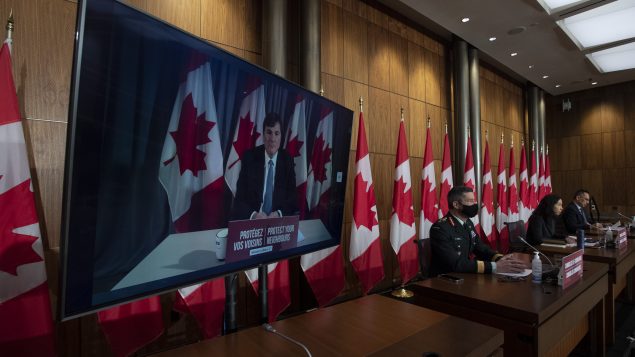 Canada continues to grapple with the COVID-19 pandemic–by various and varying ways and means–as the coronavirus continues its merciless attacks across the country.

Calling the situation ‘grim,” Canada’s chief public health official, Dr. Theresa Tam, on Tuesday said that 7,500 new patients are being diagnosed daily with the virus and that an average of 122 Canadians are dying from COVID-19 every day. 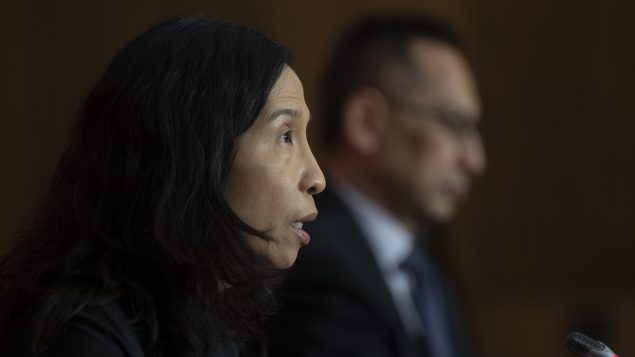 As of Wednesday morning, Canada had reported 624,553 confirmed cases of the virus and 16,317 deaths.

Collectively, the country appears–more and more–to resemble that little Dutch boy trying to find a hole he can plug in the dike.

Tam said she had asked the National Advisory Committee on Immunization to investigate if it would be warranted to delay the second doses.

“This is a topic of, of course, active discussion,” she said, adding that Canada remains committed to ultimately providing two doses. 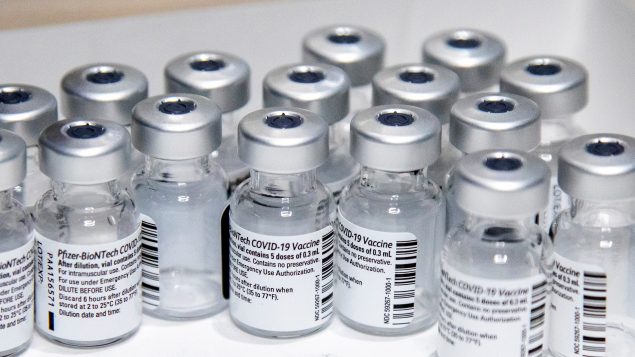 Empty vials of the Pfizer-BioNTech COVID-19 vaccine are seen at The Michener Institute in Toronto on Monday. (REUTERS/Carlos Osorio)

Health Canada has approved two vaccines–Pfizer-BioNTech’s and Moderna’s–and so far about 150,000 people have been given one dose–less that what many officials had hoped for at this point.

On Wednesday, Tam said Canada has now detected 11 cases of the novel coronavirus variant first found in the U.K–up from nine cases on Tuesday.

The British variant is believed to spread much more easily than other forms of the virus.

But all is not running smoothly. 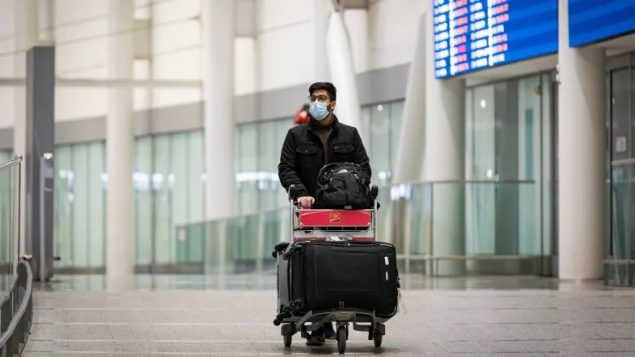 A traveller walks through a quiet Pearson airport in Toronto in December. New rules for airline travellers coming to Canada kick in tonight at midnight. (CBC/Evan Mitsui)

Today, the CBC’s Ashley Burke reported that even as the rules are set to take effect there remains a lack of clarity on the details and what is expected of the airlines carrying the passengers.

Her story came a day after she reported that the CEOs of the country’s largest arilines–Air Canada, WestJet, Air Transat and Sunwing–wrote a letter to Garneau asking him to delay the roll of the mandatory pre-departure COVID-19 testing for travellers returning to Canada until later this month.

At a press conference today, Garneau said the changes to the rules would would take effect at midnight. 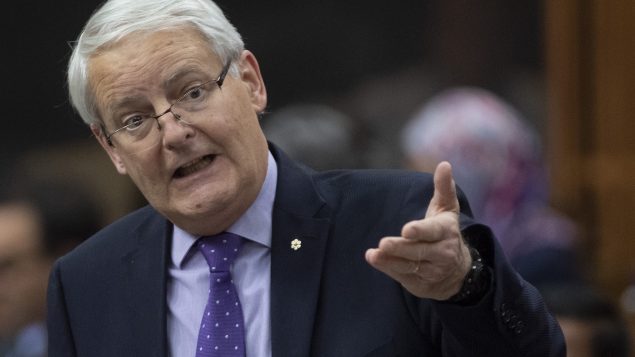 Minister of Transport Marc Garneau responds to a question during Question Period in the House of Commons on February 25, 2020 in Ottawa. Garneau told a press conference today that changes to some rules for people flying into Canada will begin at midnight. (THE CANADIAN PRESS/Adrian Wyld)

The changes come as the two hardest hit areas in the country–the provinces of Ontario and Quebec–continue to seek ways to do battle with the virus.

“We need to do everything possible to stop this virus from coming into Canada,” Ford said.

Ford said the province will decide in the coming days whether or not more to take impose more stringent lockdown measures–including possibly keeping schools closed–to combat the pandemic. 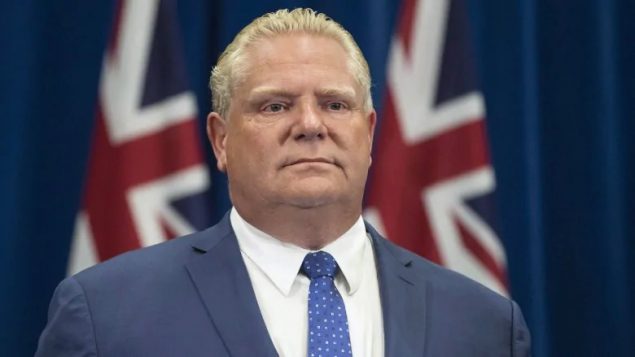 Ontario Premier Doug Ford held a news conference for the first time in two weeks Wednesday, as COVID-19 cases in the province continued to surge. (THE CANADIAN PRESS/Chris Young)

Ford spoke on a day when Ontario reported 3,266 new cases of COVID-19 and 37 additional deaths.

In neighbouring Quebec, Premier François Legault was expected to present details at a 5 p.m. press conference on how the province will respond to increasing cases and increasing pressure on the beleaguered health-care system. 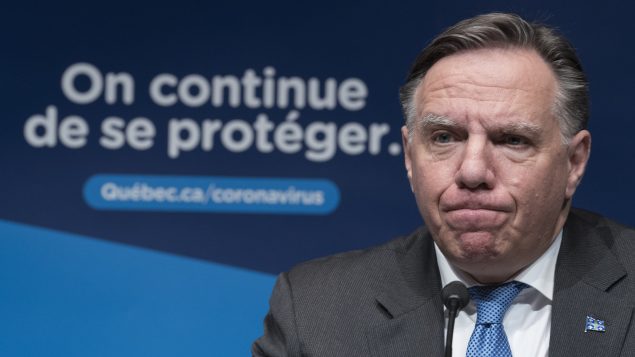 Quebec Premier François Legault listens to a question during a news conference last month in Montreal. He was scheduled to meet the press again late in the day Wednesday. (THE CANADIAN PRESS/Paul Chiasson)

Radio-Canada reports that Legault has been asked to consider a range of measures, including extended school closures, limits on non-essential construction and manufacturing, and a curfew.