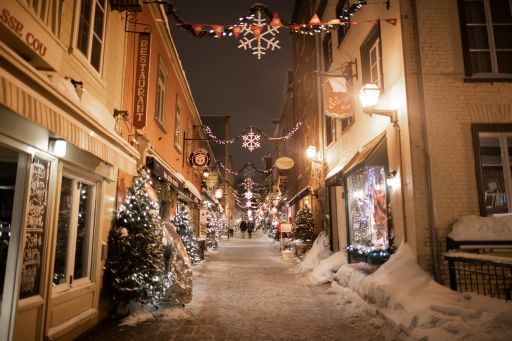 During the COVID-19 pandemic, Quebec City has seen nowhere near the 4.6 million tourists it welcomed in 2017. (Gaëlle Leroyer/Office du tourisme de Québec)

Tourists visiting Quebec City would normally spend about $2 billion there each year and the tourism industry would account for about 40,700 jobs. Figures for 2020 are not available, but it is clear pandemic restrictions have drastically reduced those numbers and devastated the tourism sector.

In order to ensure a good recovery once the pandemic eases, the city is launching a tourism campaign including videos entitled Visit Us Later and several virtual events. It also plans to let people experience the annual Quebec Carnival  from the comfort of their own homes. The carnival will be held from February 5 to 14, 2021. 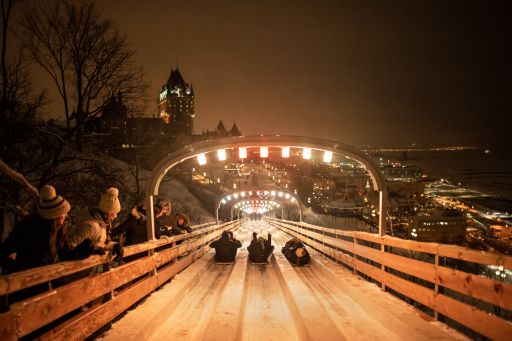 Quebec City is located on the mighty St. Lawrence River which is the route the first European explorers used to travel across the Atlantic Ocean to what is now Canada. The river narrows at that point and, in 1608, the French explorer Samuel de Champlain established a settlement nearby for trade with Indigenous peoples. A fortified settlement was later constructed with stone buildings and narrow cobblestone streets. Much has been preserved and the streets are now lined with bistros and boutiques. Normally, people from about 75 countries visit, many of them from the U.S., France, the U.K., Germany, Mexico and Japan. 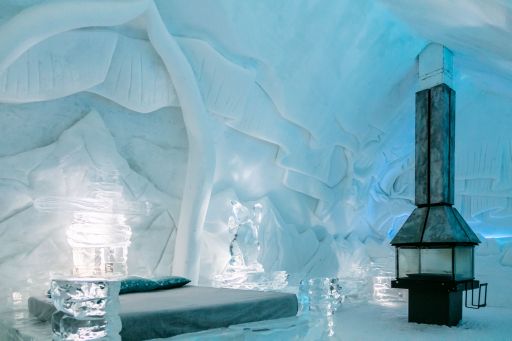 The ice hotel will be built in 2021, but the virtual tour features the 2020 version. (Pikur, Office du tourisme de Québec)

One of the big draws during the carnival is an ice hotel with its grand hall, chapel and 21 themed rooms. It will be built this year, but those who want to experience virtually will have access to a three-dimensional tour of the 2020 installation. The historic toboggan run, first built in 1884, is operational this year for those who are able to be in the city in person. It offers a great view of the river below.

Those who cannot visit in person can get a virtual tour of beautiful outdoor settings where mini-concerts will be offered by a variety of artists including Apashe, Zach Zoya, Marie-Mai and Felix Cartal. These are accessible for free for the next year. They can also get a live, bird’s eye view of Quebec City from a camera set 221 metres high.

The city’s fine arts museum offers an exhibition which describes the evolution of art in the province of Quebec and another exhibition on the history of its people.

In launching the campaign, tourism officials say they miss their visitors and hope to see them in 2021, a sentiment no doubt felt by everyone involved in the city’s tourism industry.