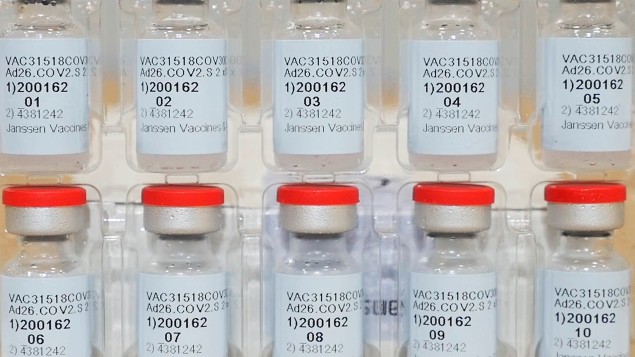 WHO grants emergency use of Johnson & Johnson vaccine

The World Health Organization has decided to grant emergency listing for the Johnson & Johnson vaccine against COVID-19. This means that the vaccine could be used as part of the international COVAX effort to provide vaccines to poor countries which have limited or no supplies. The so-called Janssen vaccine requires only one dose and has a simpler storage requirement making it easier to distribute and administer.

In listing the Janssen vaccine, the UN health agency cites data from large clinical trials showing it to be effective in adult populations. This comes one day after the European Medicines Agency recommended the vaccine be given approval for use in the European Union. Canada has already approved the J & J vaccine and is currently talking to the company about where the vaccine for Canada will be made and when it can be delivered. Canada pre-ordered 10 million doses but has been warned there are production problems that may delay delivery. 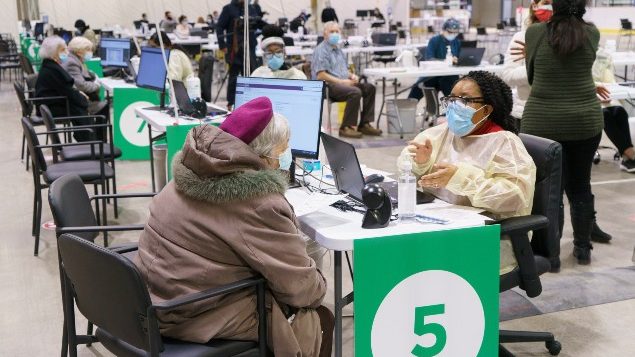 After delays in vaccine deliveries in Canada at the beginning of 2021, by March inoculations ramped up targeting seniors in particular. (Paul Chiasson/The Canadian Press)

There has been criticism of Canada, for its decision to receive some of the COVAX vaccines. The Canadian government has said that its agreement to help fund COVAX included the provision of some deliveries for Canada.

Canada has also been criticized for not supporting efforts at the World Trade Organization to temporarily waive patents so that developing countries could be allowed to manufacture COVID-19 vaccines themselves. The Canadian government says it is not opposed to the waiver but is asking questions about it. Countries did not approve the waiver at meetings on March 10 and 11, 2021, and the matter is set to be discussed in April. Efforts to lift the patents had gone on for five months to no avail.

Vaccine delivery ramps up in Canada

Meanwhile, after a slow rate of deliveries at the beginning of 2021,  Canada is set to receive at least one-million COVID-19 vaccine doses per week starting on March 22 through to May 10. That is more than double the 444,600 doses that were expected in the week of March 22 and is in addition to expected delivery 840,00 of  the Moderna vaccine in that week.

The first of a half-million doses of AstraZeneca vaccine made in India was being rolled out in Canada in the week of March 8th. Health authorities sought to reassure Canadians that this vaccine is safe. Nine European countries paused use of the AstraZeneca vaccine over reports of blood clots in some patients who have received a shot. Health Canada said there was “no indication that the vaccine caused these events” and that the benefits of getting the vaccine continue to outweigh the risks. Health authorities in the U.K. said that following the administration of 11 million doses of the AstraZeneca vaccine, they found that reports of blood clots were no greater than expected. Scientists have argued that in any given population there will be some people who get blood clots regardless of whether they have been inoculated or not.