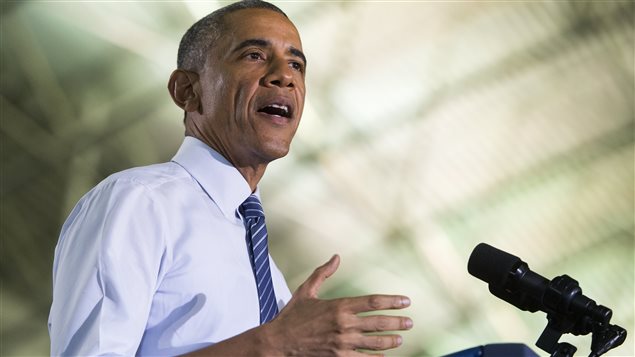 On this week’s news round-up, we bring you some of your most read stories on Eye on the Arctic this week.

-With the United States only a few months away from assuming chairmanship of the Arctic Council from Canada, President Barack Obama issues an executive order calling for better coordination of Arctic policy.  But Alaska Senator Lisa Murkowski says the order focuses too much on climate change at the expense of development and indigenous issues.

– And in science news, a recent study identifies a gene in the Canadian Inuit population that makes it difficult for the body to digest sugar.

Also big news this week: The Arctic Frontiers conference took place in Tromso, Norway. The conference attracted everyone form scientists and businessmen to circumpolar heads of state. In this week’s Friday Feature Interview, we talk to Irene Quaile, a journalist specializing in climate and environment who covered the conference for Germany’s international broadcaster Deutsche Welle.

She’s also the author of Deutsche Welle’s Ice-Blog which frequently appears on Eye on the Arctic.

This week, Quaile spoke with Eye on the Arctic’s Eilís Quinn about the conference and what it can tells us about Arctic business and climate challenges to come: