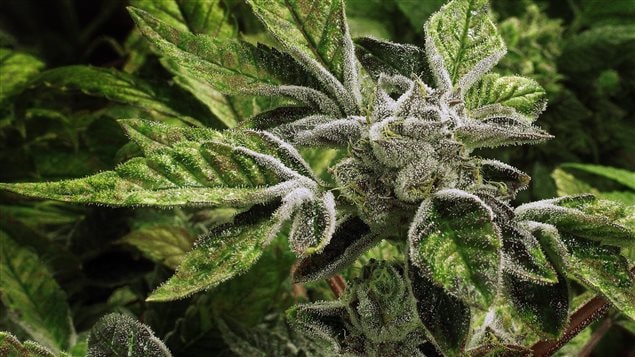 Medical marijuana is legal in Canada, but the outgoing federal government disapproved of its use and many doctors are reluctant to prescribe it.
Photo Credit: Seth Perlman/AP Photo/file

Canadian doctors should prescribe medical marijuana instead of opioids which may lead to addiction and overdose deaths, say experts from the British Columbia Centre for Excellence in HIV/AIDS.

Centre researchers accuse the Canadian government and doctors of risking lives by applying unnecessarily strict standards to medical pot compared to other drugs. Canadians are second in the world in terms of per capital consumption of opioids. Overdose deaths have made news headlines.

A recent study shows cannabis is not harmful and other studies suggest prescriptions can reduce overdoses and deaths linked to prescription opioids, says Dr. Thomas Kerr. In a commentary in the Journal of Canadian Public Health, he urges the government to implement a system where cannabis is legalized and its use is regulated based on evidence-based discussions and approaches.

Marijuana can be used to relieve pain and a host of other conditions.

Government did not approve

The use of medical marijuana is legal in Canada, but the out-going Conservative government does not approve of its use and has often said it is not an approved drug. The courts have however required health officials to allow patients access to it and it is grown and distributed by several large-scale commercial producers.

Canadian doctors are reluctant to prescribe cannabis because there is limited clinical proof guiding therapeutic use and dosages.