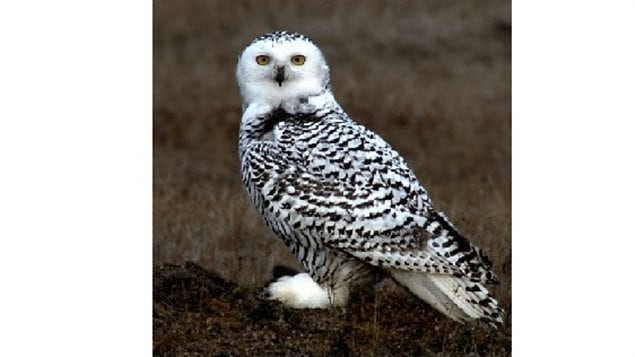 A young Snowy Owl in Alaska 2006. Adults will lose most of the black tip feathers, esp adult males. This iconic northern species has declined by about 64% since 1970
Photo Credit: Floyd Davidson-wiki commons

North America is losing its birds.

While other studies have reported losses in seabirds, a new report says North America’s land bird population has been almost decimated over the last 40 years.

Judith Kennedy is co-author of the report and conservation plan. She is Head of the Migratory Birds Conservation Unit, at the Canadian Wildlife Service, National Office.

There are some 450 bird species in North America. From an estimated 11.5 billion land birds in 1970, the latest estimates put the figure at only 10 billion.

Some species in particular have seen dramatic declines.

The new report is by an international coalition of concerned organizations under the banner Partners in Flight. Their latest report on the situation which is also a conservation plan of action- begins with a rather worrisome message;

“Birds and their habitats face unprecedented threats from climate change, poorly planned urban growth, unsustainable agriculture and forestry, and a widespread decline in habitat quantity and quality. The spectacle of bird migration is being diminished by direct mortality as every year millions of birds die from anthropogenic sources. As documented in this Plan, nearly 20% of U.S. and Canadian landbird species are on a path towards endangerment and extinction in the absence of conservation action”.

Ms Kennedy says especially affected have been grasslands species and insect eating birds, one through habitat loss, and the other possibly through insecticide reducing the number of insects and thus their food source.

The report lists 86 species which are threatened and a few which are in serious danger of extinction like the California Condor of which only a few hundred remain, the prairie sage-grouse and many others.

The list notes iconic northern birds like the snowy owl have seen a 64 percent decline in their population. Dozens of others have lost up to 50 percent of their populations.

She says the report is not all doom and gloom, but that action is needed. Because many of these species are migratory across at least three nations(Can, US, Mex) or more (S Am, Carib), conservation efforts must and are involving groups internationally. She notes that the coalition Partners in Flight now has partnerships it didn’t have in 2004.

But, she says, the health of bird populations, is a reflection of the environment and ecosystems health, and should be considered a warning sign for humans.