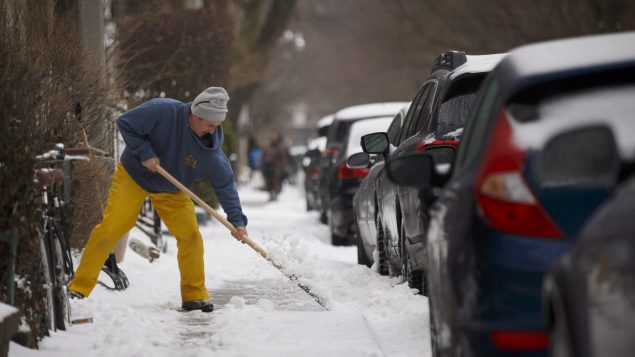 Trying chip thick ice off a sidewalk or car is most annoying and makes one think that shovelling snow is not as bad and maybe we shouldn’t have complained. (Cole Burston/The Canadian Press/April 15, 2018, Toronto)

A mix of snow, freezing rain, ice pellets, rain and strong winds wreaked havoc on southern Ontario yesterday and moved on to southern Quebec overnights. Tens of thousands of people in both provinces suffered a loss of electricity as parts of ice-laden trees fell onto power lines.

Police in Ontario reported more than 1,450 traffic accidents, but no fatalities. Many schools were closed in both provinces and even some universities and colleges cancelled exams due to treacherous roads and sidewalks.

Over 600 flights were cancelled at Toronto’s international airport and that could affect flights to other cities.

There is also concern that heavy rain may cause flooding in some areas. 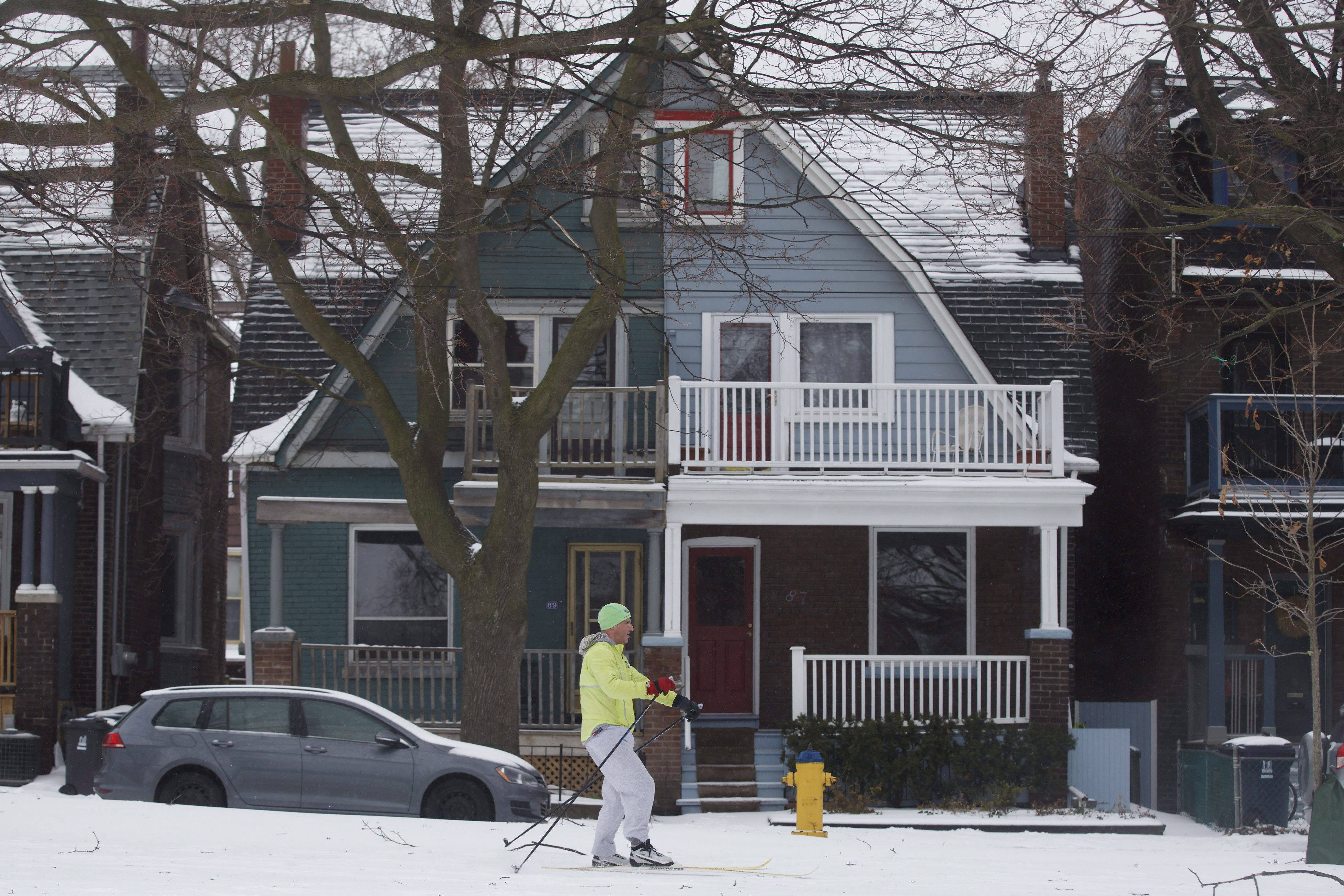 One man had a chance to cross country ski in Toronto on April 15, 2018 before hail and rain ruined surfaces. (Cole Burson/The Canadian Press)

While Canadians are used to difficult weather conditions in winter, by April they are fed up and expect the worst should be over.

I recently posted a message that in April in Quebec, one must have both a bicycle and cross-country skis by the door. A friend noted that today, one could use neither. Bah, humbug!