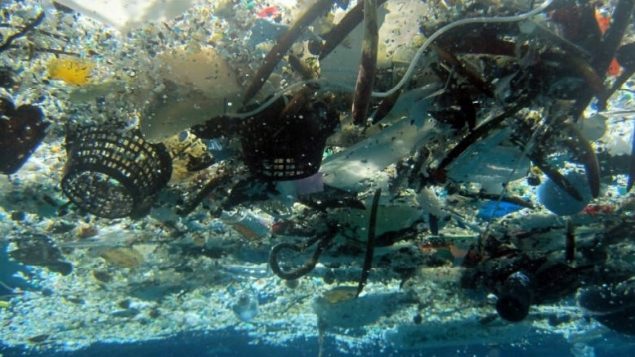 This 2008 photo provided by NOAA Pacific Islands Fisheries Science Center shows debris in Hanauma Bay, Hawaii. Worldwide, it's estimated that there are 8 million tons of plastic in our oceans. Photo: The Associated Press/NOAA

Canada will host the upcoming G7 meeting in Quebec City this June.  One of the things expected to be proposed by Canada during the gathering is a “plastics charter” 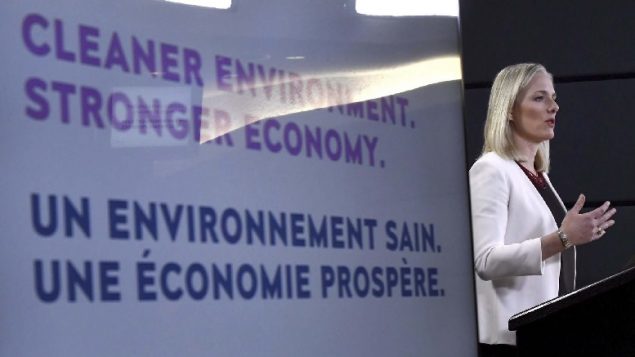 Minister of Environment and Climate Change Catherine McKenna unveils the Trudeau government’s new energy project assessment approach in February, 2018. The government is expected to use its position as host of the G7 summit to propose a “plastics charter” calling for a zero waste policy. Photo: Justin Tang- CP

The European Union already has a plan to require that at least half of the plastics produced by 2030 are recycled. The Canadian proposal seeks to have that increased to 100 per cent recovery. This would mean either re-usable, recyclable, or compostable.

Canada which has also banned plastic “microbeads” often found in body and facial scrubs and in some toothpastes, will try to convince other nations to adopt a similar ban on microbeads.

Right now, estimates are that some eight million tonnes of plastics are ending up in the world’s oceans every year.  A 2014 study also found high concentrations of microplastics in the Great Lakes, approximately 6.7 million particles per square kilometre. 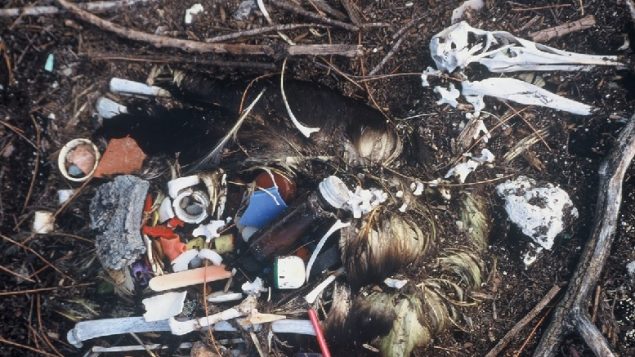 An Albatross carcass, one of several, found on Midway Island in the central Pacific Ocean, which had died likely from blocked gut from eating plastics they mistook for food floating on or just under the surface of the ocean. Photo: Britta Denise Hardesty

Critics say Canada’s plans would carry more weight however, if this country were itself doing more.

Tony Walker, and environmental professor at Dalhousie University in Halifax, says there are a few local efforts to reduce plastics like a ban on thin plastic bags in Montreal, but no overall federal plan.

He says Canada has federal bans on plastic microbeads, one of which will come into effect in June, but still lags behind many other countries which already have various national policies and plans to reduce or ban single use plastic drink containers, straws, plates, grocery bags etc.