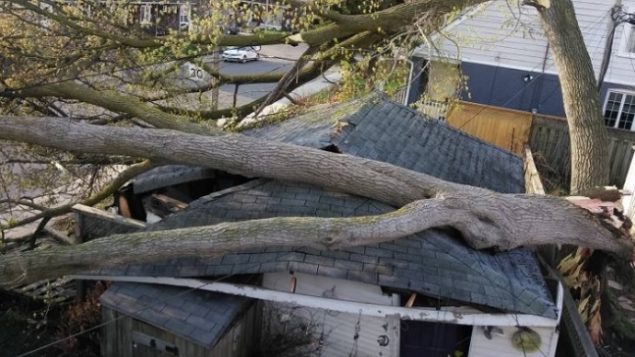 A windstorm in early May 2018 brought down trees and blew shingles off the roofs of homes like this one in Toronto and elsewhere in the provinces of Ontario and Quebec. (Colleen Pilger/CBC)

Insurance companies are paying out so much money for damage caused by climate-change-related storms that they are asking homeowners to take precautions. They suggest people make sure their roofs are in good condition and that they maintain their properties on an ongoing basis to prevent damage.

A news release from the Insurance Bureau of Canada notes the last few months brought “a series of severe, and unique, weather events in the provinces of Ontario and Quebec.” They caused damage in Ontario alone that cost insurers three-quarters of billion dollars. There were also costs paid by governments, homeowners and car owners themselves. 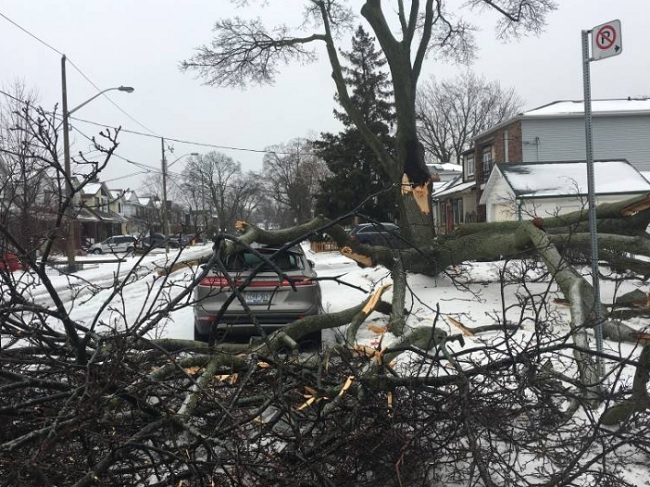 A freezing-rain storm that lasted two days caused over $187 million worth of damage in Toronto and southwestern Ontario. (Grant Linton/CBC)

‘The cost of climate change is real,’ says insurance exec

“Insured losses from extreme weather storms have been increasing rapidly,” wrote Kim Donaldson, vice-president, Ontario, Insurance Bureau of Canada.  “However, this is only part of the picture. Taxpayers are bearing the brunt of the costs that are not covered by insurance.  Consumers are witnessing more frequent, intense storms, which we now know are attributable to climate change. The cost of climate change is real.”

Insurers suggest homeowners understand what risks are covered by their individual insurance policies. Policies vary in cost depending on which risks owners choose to be covered.