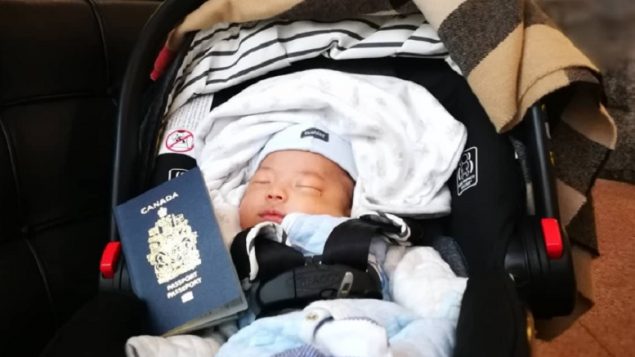 The issue of birth tourism where a baby born here is automatically a Canadian. The issue seems to be a slowly growing concern in Canada. This photo of a Chinese baby holding a Canadian passport was posted by Baoma Inn, of Richmond B.C., one of several so-called birth houses or maternity hotels designed to enable women to have their babies here while ostensibly coming as tourists. New research shows the number of such "passport baby" births is at least five times higher than thought. (via CBC)

Birth tourism: maybe it is a bigger problem after all

Canada is among a relatively small number of countries, mostly in the western hemisphere that allows automatic citizenship to anyone born here.

What has been happening increasingly is that women from abroad are coming to Canada to have their “Canadian” babies, and then returning to their home country with a Canadian passport for the child.

Known as “birth tourism” and “passport babies”, new independent research shows this practice is occurring at a far higher rate than has been reported.

Andrew Griffith is an author and former senior official at Citizenship and Immigration Canada.

The Canadian accepted law of “jus soli” means the Canadian-born child will have instant access to return in future with further access to all social and medical benefits, and domestic tuition rates, all of which represents a potential expense to taxpayers. Occasionally, the women will leave with the child without paying hospital bills which could be from several thousand, to many tens of thousands of dollars if there are complications. 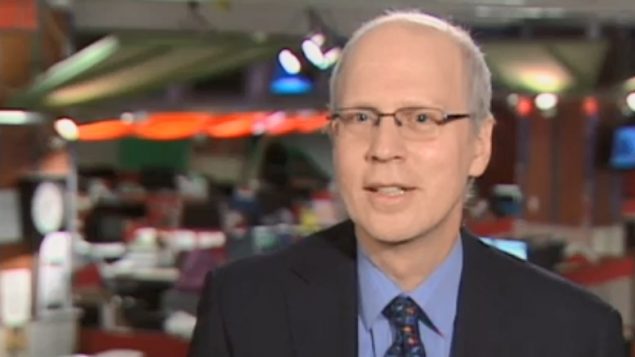 Another separate story points to surrogate births using Canadian women. These also seem to on the rise, with costs being covered by Canadian taxpayers through the health care system.

The issue came to light when it was learned that one hospital alone in Richmond British Columbia registered 17 per cent of such births in 2016, and then 22 per cent in 2017.

However the hard numbers given to the government by Statistics Canada, showed a very small number of such “passport baby” births, around only 300 per year across the country.

Research by Griffith, using hospital billing records instead of the address records used by Statistics Canada, found that birth tourism was occurring at hospital across the country, notably in the big centres of Vancouver, Toronto, and Montreal.

The low StatsCan numbers for “foreign” births comes from the fact that women will usually use the Canadian address of the hotel, relative, or friend’s house where they have been staying for birth registration purposes thereby skewing the birth as being to a Canadian resident, but using their real addresses for hospital billing. 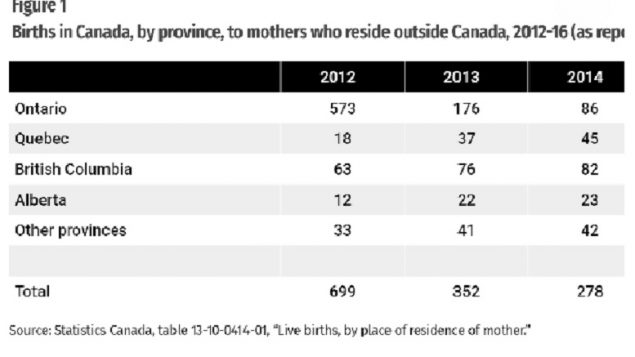 Griffith says the actual number of births is at least five times higher than what has been reported, at over 3,600 last year which he says could be a conservative figure. 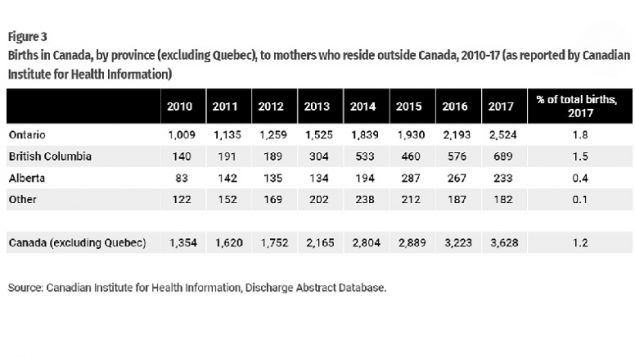 In 2012, then Conservative minister of immigration Jason Kenney had wanted to end the practice called it an outdated idea from the age of steam when travel between countries was slow and costly, saying “With today’s inexpensive and rapid modern travel, someone can fly in for a couple of weeks, have a child and fly out, and otherwise never actually live in the country and have no intention of doing so”. At the Conservative  annual assembly they voted to adopt changes to the policy of automatic citizenship.

Nonetheless, the Conservatives were blasted by the Liberals and New Democratic Party whose leader tweeted, “The NDP unequivocally condemns the division and hate being peddled by Andrew Scheer and the CPC” (Conservative Party of Canada). A Liberal official tweeted that for many reasons it was “ a deeply wrong and disturbing idea”. 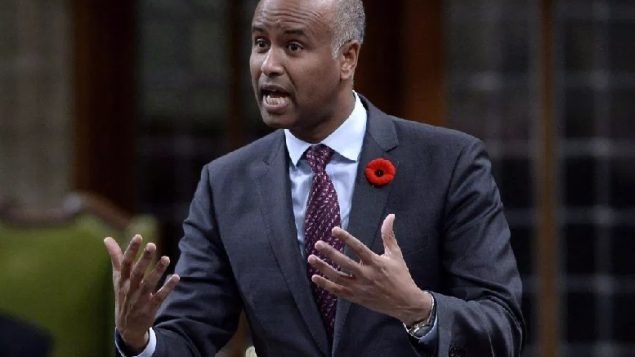 Minister of Immigration, Refugees and Citizenship Ahmed Hussen rises during Question Period in the House of Commons on Parliament Hill in Ottawa on November 5, 2018. (Justin Tang/The Canadian Press)

With the new more realistic and vastly higher figure, the Liberals have changed their tune somewhat, with Immigration Minister Ahmed Hussen responding in Parliament, “”While these statistics indicate that this is not a widespread practice, the government of Canada recognizes the need to better understand the extent of this practice as well as its impacts”.

A spokesman for Hussen said however, the Liberals will not change their position.

The Liberals have commissioned a study from the Canadian Institute for Health Information, the same source that Andrew Griffith used.

The majority of the world’s countries to not grant automatic citizenship rights, while in recent years, several countries which had done so have modified the rules and no longer adhere strictly to “jus soli”. These include, United Kingdom, Australia, Ireland, New Zealand, India, the Dominican Republic, Thailand and Portugal, with U.S President Trump hinting he wants to end the practice there as well.