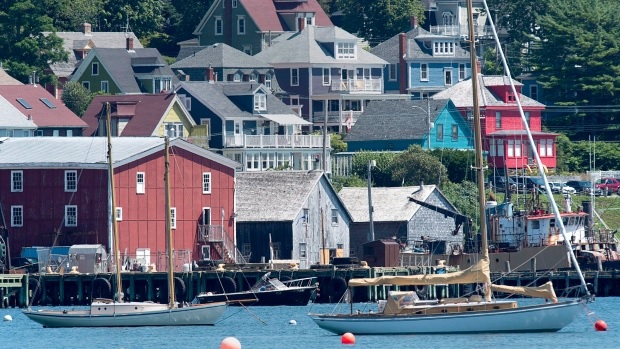 Bringing back the joys of Lunenburg Harbour is no easy mission

The magnificent harbour at Lunenburg, Nova Scotia has long been considered one of the most gorgeous spots in Canada.

Lunenburg is a a UNESCO World Heritage site and one of Nova Scotia’s most visited tourist destinations.

But in August 2017, the quality of the water made headlines after a tour operator described thick, brown sludge flowing from a sewage plant into the water below a busy wharf. 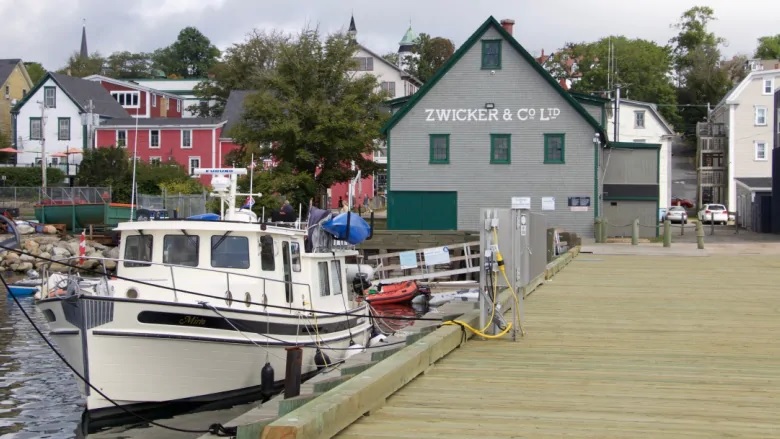 All of a sudden people were calling Lunenburg Harbour a “toilet bowl.”

For many, the stench was too much to take.

But there is still no final word on what exactly the problem is, though pretty much everyone points a finger at Lunenburg’s sewage treatment plant located directly below the busy in-shore fishermen’s wharf.

Lunenburg officials say the sludge is very likely residual polymer, a synthetic substance that clumps particles together during the water treatment process.

Once it hits the harbour, it coagulates with other matter than turns into brown sludge.

Others say they may be other reasons, but, so far, funds to clean up the mess are hard to come by.

And while tourists still come, there are fears they will eventually find somewhere else to spend their money. 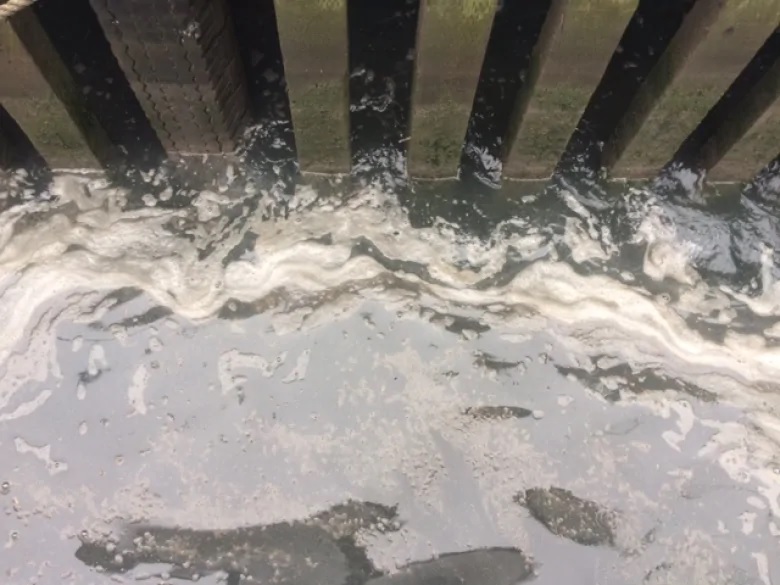 The outfall for Lunenburg’s sewage treatment plant is located directly below the busy inshore Fishermen’s Wharf. (Submitted by Bill Flower)

Lunenburg harbour is not intended for swimming, but the fecal bacteria levels are so high in spots there is concern boaters, kayakers and other paddlers could get sick if their arms or legs are in the water.

Not too great for a town that relies on tourists as well as shipbuilding.

As solutions continue to be sought to clear the yukky and mucky water, the city is concentrating on sprucing up the buildings that line the harbour.

The latest update is an infusion of $1.5 million from the province and the federal government to revitalize the Big Boat Shed. 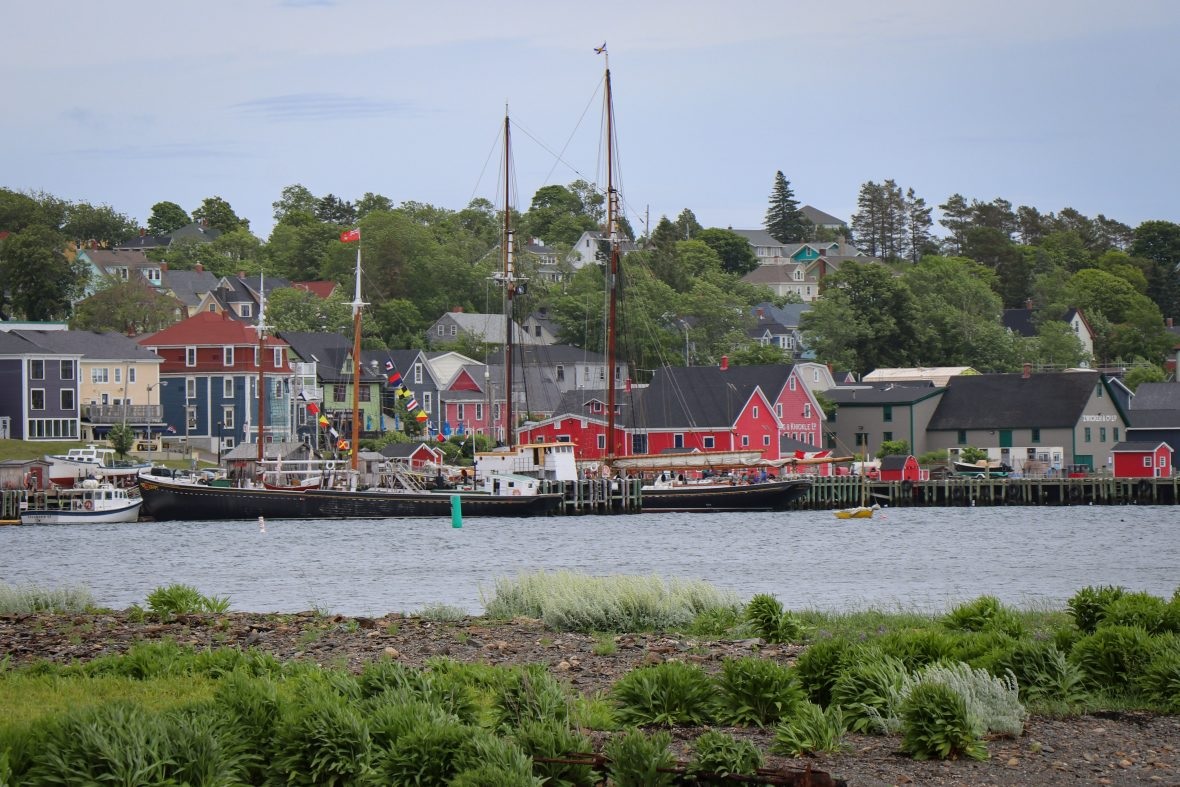 Lunenburg is both a tourism hub and an industrial town with a strong boat-building history. (Emma Davie/CBC)

Once upon a time, Big Boat Shed was the main boat building facility of the Smith and Rhuland Shipyards, which opened in 1900.

Among other things, construction will include an accessible desk so the the public can observe large boat construction and repair activities.

Work is expected to be completed in the summer of 2021.