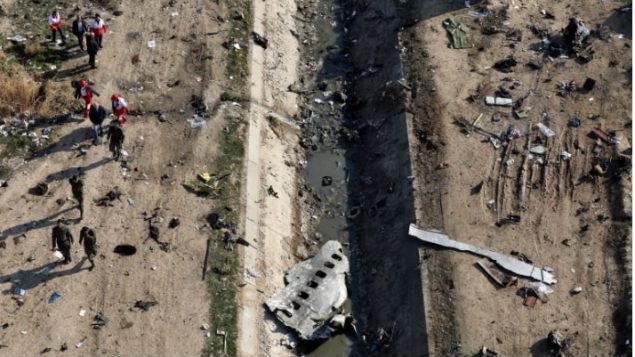 Rescue workers search the scene where the Ukrainian plane crashed in Shahedshahr, southwest of the capital Tehran, last Wednesday. Canadian investigators are getting their first chance to visit the crash site outside of Tehran today, as part of an international team looking into the sequence of events that ended with Flight PS752 being shot out of the sky. (Ebrahim Noroozi/Associated Press/Canadian Press)

Canada getting access to wreckage and black boxes of Flight PS752

Canadian air-crash investigators toured the crash site of Flight PS752 outside Tehran today and there are reports they will be given access to the so-called black box flight recorders.

However, it remains unclear exactly what role Canadians will play in the investigation.

Kathy Fox, the head of the Transportation Safety Board, told a news conference in Ottawa yesterday that she expected Canadian investigators would have access to the remains of the plane that are being reconstructed elsewhere, with Iran leading the investigation under international rules.

Canadian Press is reporting that the Canadians may be asked to help unlock the contents of the flight recorders.

At her news conference, Fox confirmed reports that the flight recorders were damaged in the crash.

Other investigators from the Transportation Safety Board and several Canadian consular officials are expected to be in place by tonight after being granted the needed visas Monday to enter Iran.

Of the 176 passengers killed when Iranian military forces shot the plane out of the sky, 138 were bound for Canada, and 57 were Canadian citizens.

Canadian Press has independently confirmed at least 86 victims with ties to Canada, many of them students and professors returning after spending the December break visiting relatives in Iran.

On Monday, Transport Minister Marc Garneau told CBC Radio’s As It Happens that Ottawa will hold Tehran to its promise to allow Canadians access to the Flight PS752 debris and black box data. 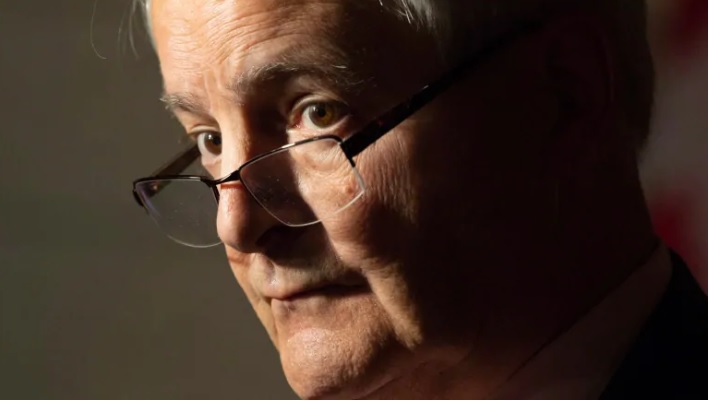 The Kyiv-bound Ukrainian International Airlines Boeing 737-800 was brought down by an accidental missile strike outside of Iran’s capital last Wednesday, just hours after Iran launched air strikes against two military bases in Iraq where U.S. forces and some Canadians are stationed.

The air strikes were in retaliation for a targeted drone strike on Jan. 3 by the U.S. that killed Iran’s top general, Qassem Soleimani.

Meanwhile, the Iranian judiciary today announced that 30 people had been detained in an investigation into the missile strike.

The arrests follow a call by President Hassan Rouhani for a special court to be set up to start an investigation.