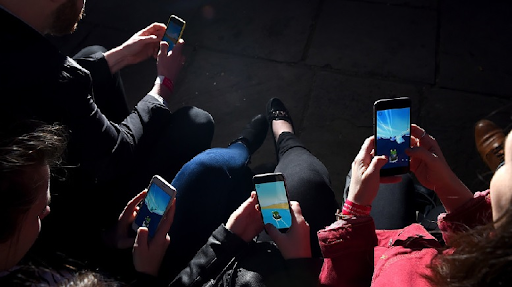 Governments either are already, or are thinking about, tracking smartphones to locate gatherings of people against the orders for staying indoors or maintaining distance between people. Such information can either be 'aggregate" and non-identifying or can also be more specific and identify the person. The idea of tracking raises some ethical questions though about personal privacy versus public need. (Getty images- Ian Gavan- via CBC)

The idea for some might feel like edging another notch further to an Orwellian future. The idea that the police and/or security agencies would monitor your smart phone to ensure compliance with certain state requirements such as in this case, emergency requirements to stay  indoors or avoid gatherings in light of the coronavirus,, is a bit unnerving. For privacy advocates and legal types, it does seem to create potential conflict between personal privacy laws, and that of the perceived public good.

Yesterday during his daily public briefing on the COVID-19 situation, Prime Minister Trudeau was asked by a reporter about tracking people via their mobile phone to ensure compliance with requests to stay indoors to limit spreading Covid-19.

The Czech Republic is the first to officially announce it will track the phones of virus carriers and those they come into contact with.

Other countries such as the UK, Germany, and Italy are considering similar action.  Italian police have also begun using drones to track and enforce restrictions on citizens movements.

Israel’s Prime Minister Netanyahu last week authorised the internal intelligence agency to use phone tracking data to retrace movements of people known to have the virus, and to locate and isolate others who may have come into contact with them

South Korea has a compulsory phone app for those ordered into self-isolation with hefty fines for violations.

In Canada’s largest city, Toronto,  the Mayor said on Monday the city was using cellphone tracking to determine where people were congregating against orders to create and keep a 2 metre distance between individuals, adding the data was being used now,

He later retracted the comment saying he had spoken incorrectly. Other Toronto City officials also say the city is not using such data.

Earlier this month, Ontario Premier Doug Ford said he wouldn’t rule out tracking COVID-19 patients saying last week that “Everything’s on the table” noting that two major cellphone providers had offered any of their resources to help out.

However, as telecommunications is a federal jurisdiction in Canada, proceeding with such a plan might require federal permission.  Ontario’s privacy commissioner did not object to the idea noting that the situation is extraordinary. Brian Beamish said where possible non-identifying tracking information is preferred, but if necessary for public health, then identifying information should take priority

Canada’s federal privacy commissioner seemed to concur, a spokesman from the office saying privacy laws remain in force but at the same time shouldn’t be a barrier to sharing information deemed appropriate.

BGR: C. Mills: May 13/18: Cops can locate anyone’s cell phone in real time without a warrant thanks to a privacy backdoor