The central foyer of the Chateau Montebello. The internationally renowned, year-round luxury resort is billed as the world’s largest log building. Located in Quebec not far from the national capital Ottawa, it typically hosts major national and international conferences, government meetings, important guests, and those seeking a few days of luxury in a countryside setting.. Another victim of COVID-19, it has been temporarily closed with layoffs of hundreds of staff. (Fairmont Chateau Montebello)

As cases of the novel coronavirus grow, so to the effects on business and the economy in sectors all across Canada.

The airline industry has been hard hit with layoffs announced in almost all of Canada’s airlines as people are told to stay at home, major events often requiring travel are cancelled, and also due to the basic concerns about having people in close quarters aboard aircraft.

The latest airline announcements come  on the heels of an Air Transat announcement on Monday of a layoff of  some 3,700 of its staff.

Calgary-based WestJet Airlines on Tuesday announced that it was reducing staff by about 50 per cent. 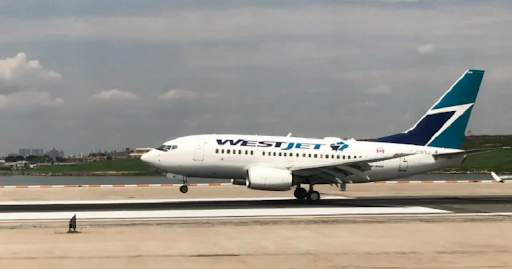 Major airlines in Canada have announced dramatic cuts to staff as they also cut or reduce most of their flights. Even small air services like the busy sea-plane airlines in British Columbia have ceased or greatly reduced service. (Daniel Slim/AFP/Getty Images-via CBC)

The airline asked employees to choose  among the options of early retirement, reduced hours or pay, or resign. The almost 7,000 departures also includes layoffs. The reductions began yesterday with another wave to leave on April 1. All international flights have been cancelled for 30 days, and domestic flights greatly reduced.

Canada’s main air carrier, Air Canada with its subsidiary Rouge, earlier announced layoffs of just over half of its total of 9,750 flight attendants. The 4,400 pilots have agreed to pay cuts and some 600 will be laid off. The airline is suspending most of its U.S. and overseas flights.

Along with the airline industry which is suffering globally, the hotel industry and tourism are also deeply affected. 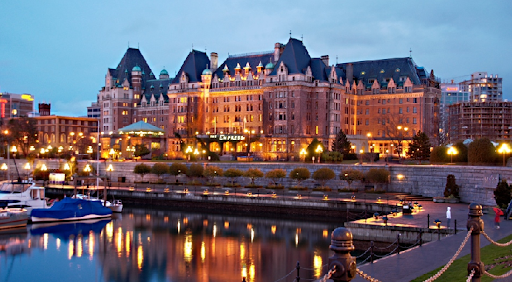 Along with iconic Chateau Laurier beside Parliament in Ottawa, the iconic Farimont Empress in Victoria, B.C., is also closing temporarily and laying off almost all of its approximately 500 staff, leaving only security and maintenance. A similar situation is underway at Victoria’s Hotel Grand Pacific. (Fairmont Hotels)

Many of Canada’s oldest and most prestigious hotels have decided to simply close up and wait out the crisis. These include some of Canada’s world renowned resorts such as the Banff Springs hotel in Banff National Park. National Parks in Canada were closed and the town, which depends hugely on tourism is closed to outsiders, only allowing through traffic on the highway through town.

Many thousands of the staff at these hotels are also now laid off.  Other hotels and motels still open have seen occupancy fall to a mere ten per cent and if still operation, have also reduced staff. 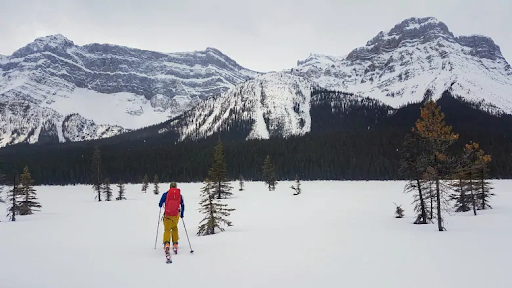 A backcountry skier in Banff National Park in this file photo. Both the year-round tourist town with its renowned Banff Springs Hotel, and the park itself are now closed to visitors. Parks Canada has cancelled vehicle access for the purpose of visiting any of Canada’s national parks and is now telling all would-be visitors to ‘cancel their plans until further notice.’ (Robson Fletcher/CBC)

With so little travel need from tourists and residents, taxi companies across the country in major urban centres as well as smaller cities, have laid off staff or simply temporarily ceased operations. This has affected thousands of drivers across the country.

Last week some 500,000 Canadians applied for Employment Insurance (EI) which is Canada’s long-standing progamme to provide temporary payment to people who have lost their jobs.  That figure has now risen to 1,000,000 applications. Still a third of Canadians

say they are very concerned about being able to make payments for their rent or mortgages.

The International Monetary Fund has predicted that the pandemic will cause a global recession potentially worse than that of  2008-2009. However with a ray of hope, it also says there should be recovery in 2021