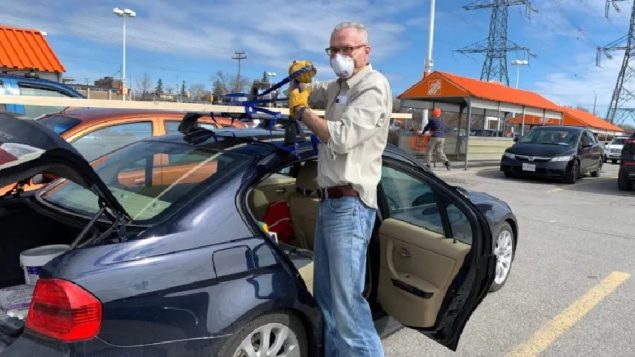 A shopper saying he is already prone to colds and flu wears a mask and gloves as he picks up supplies on Friday for a home renovation project before hardware stores are temporarily closed. Hardware stores had been allowed under the previous restriction but have been moved to the non-essential category in Ontario as of Friday night. Some stores will remain open but only to allow online sales and curbside pickup (Judy Trinh-CBC)

After releasing computer projections showing the possible number of deaths that could occur from the novel coronavirus, Ontario has moved to enact further business closures in an effort to further reduce person-to-person infections

The previous list of 74 business types deemed ‘essential’ have now been reduced to 44. 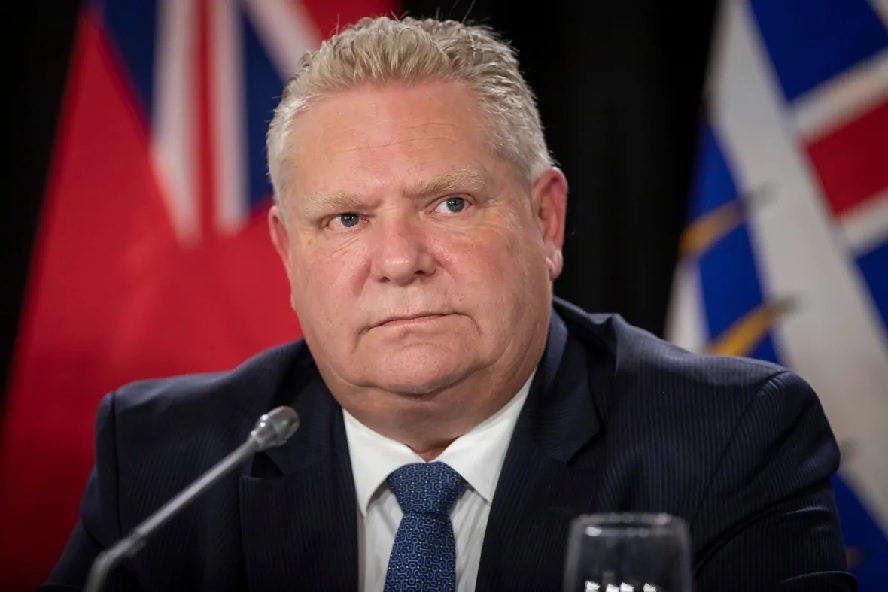 Ontario Premier Doug Ford announced more business types will have to close to further reduce public exposure to COVID-19. The closures will remain in place for at least 2 weeks (Evan Mitsui)

Among the businesses now added to the ‘non-essential’ list are cannabis outlets, although the government’s online sales portal remains open.. Beer and liquour outlets which are also regulated by the provincial government will remain open.

The decision to further reduce the types of businesses open to in-store business came after health modelling showed up to 100,000 Ontarians could die if no measures had been taken.

The models showed that because of current measures thousands of lives have potentially been saved. Ontario Premier Doug Ford says the new measures could further reduce the potential death toll. 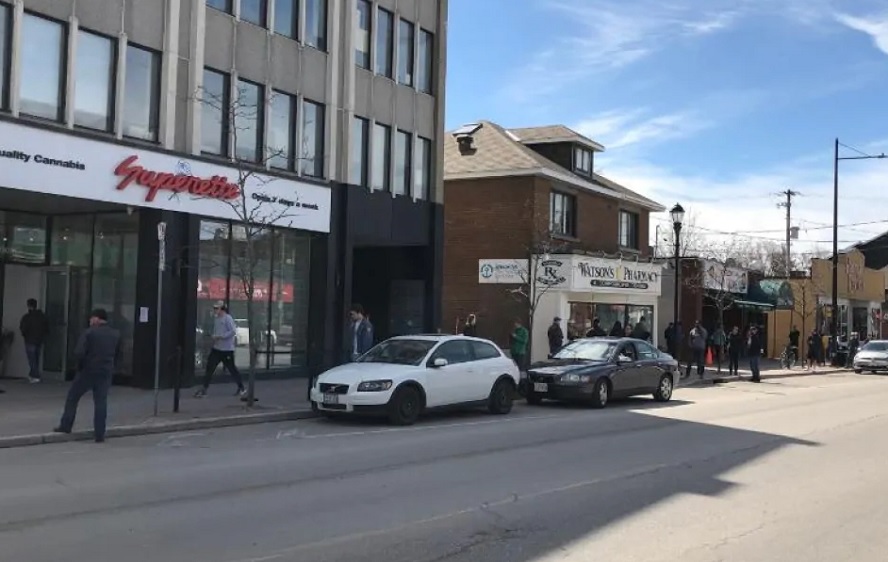 People generally respecting the 2m distance between them, line up at the Superette cannabis outlet on Wellington street in Ottawa on Friday  as cannabis stores will be among the businesses targetted to temporarily close starting Friday night in Ontario as ‘non-essential’ ( Chris Rand-CBC)

Closed in Ontario include

Quebec has declared a health emergency and closed almost all non-essential businesses similar to Ontario, although their cannabis outlets remain operating as do the beer and liquor outlets.  Alberta and British Columbia have also declared health emergencies with many ‘non-essential’ closures.

Virtually all public and private schools, colleges and universities across the country have been closed, with many courses now being conducted online.

Closures are expected to continue at least for the rest of the month, with possibilities of extensions. Many summer festivals and other events have already been cancelled or postponed.