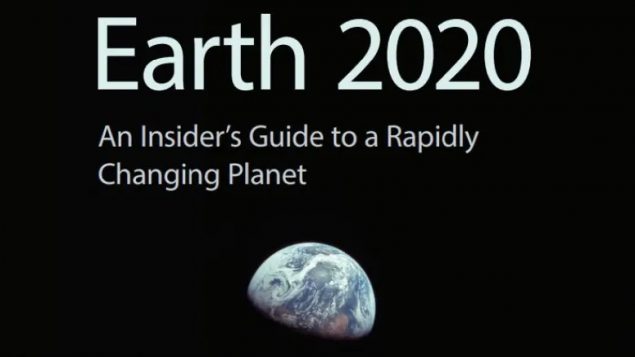 As people consider this 50th anniversary of Earth Day, they are looking at a very unique situation around the world.

With the pandemic causing shutdowns of industries and businesses with travel and movement restrictions, pollution in cities around the planet has been drastically reduced.

In most places around the world there will be no public celebrations though.

This year environmental groups are calling on authorities to take advantage of the situation resulting from the pandemic and restart the economy in a new and greener way. Many events are being held online such as a live discussion in Canada called “What on (Earth Day) is going on-climate change in the time of COVID-19 ( 1200h-1300h) 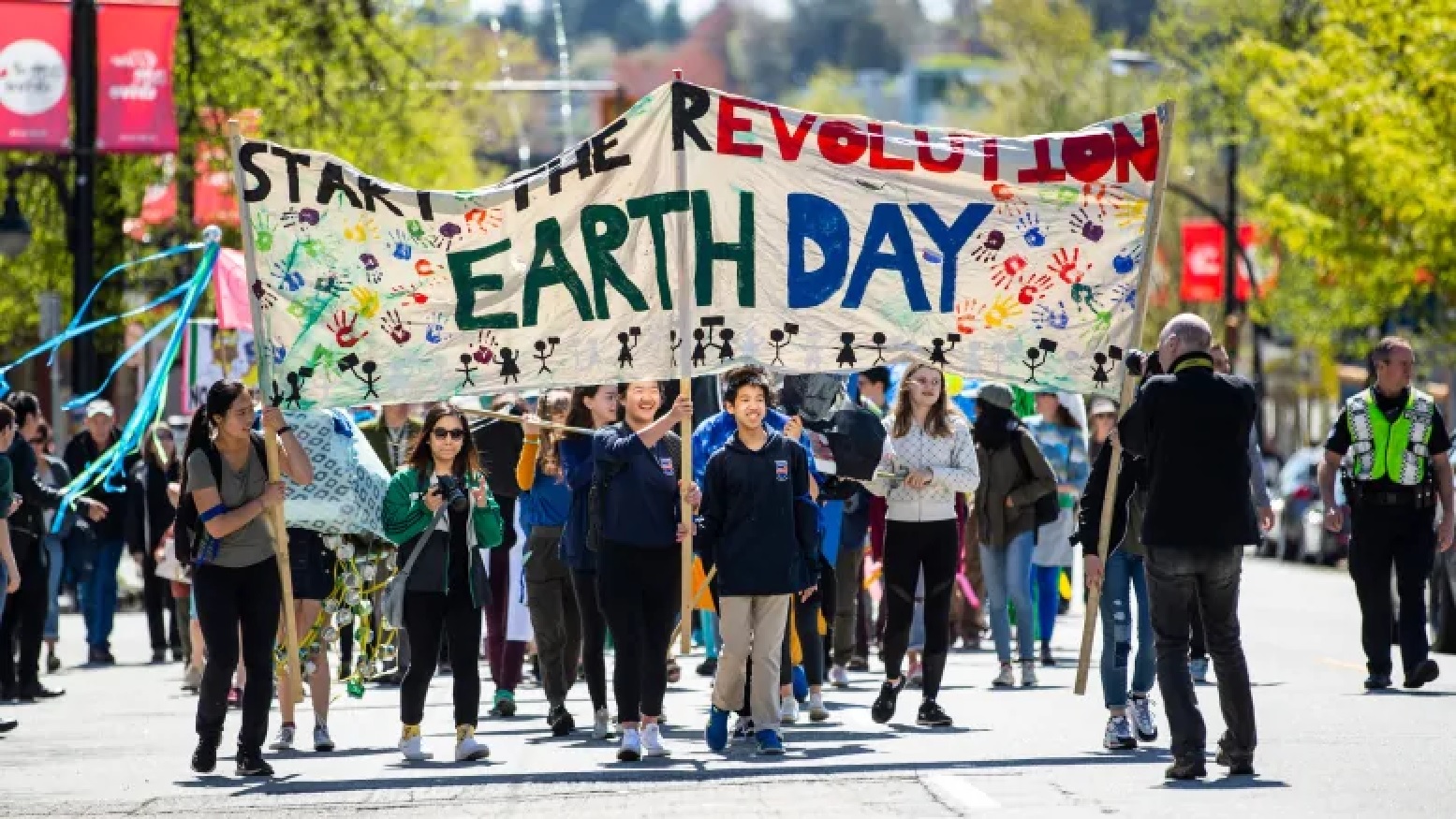 Earth Day gathering in Vancouver 2019. No such parades or public gatherings will occur this year due to the pandemic. Online activities have been created online in countries around the world ( Ben Nelms-CBC)

While one might say environmental awareness began with the publishing of Rachel Carson’s ‘Silent Spring’ in 1962, a massive 1969 oil spill off the coast of California caused outrage at the deaths of thousands of seabirds and other marine life, prompting greater environmental concern in the U.S.  This concern and shock increased when that same year the Detroit River caught fire due to industrial oil dumping. Such events in turn led to the first Environmental Rights Day in 1970 across that country. That quickly evolved into Earth Day and also marked the start of the wider environmental movement globally.

The realisation of what human activity is doing to our environment continues to grow as scientists note the disappearance of species, reduction of habitat and climate changes. 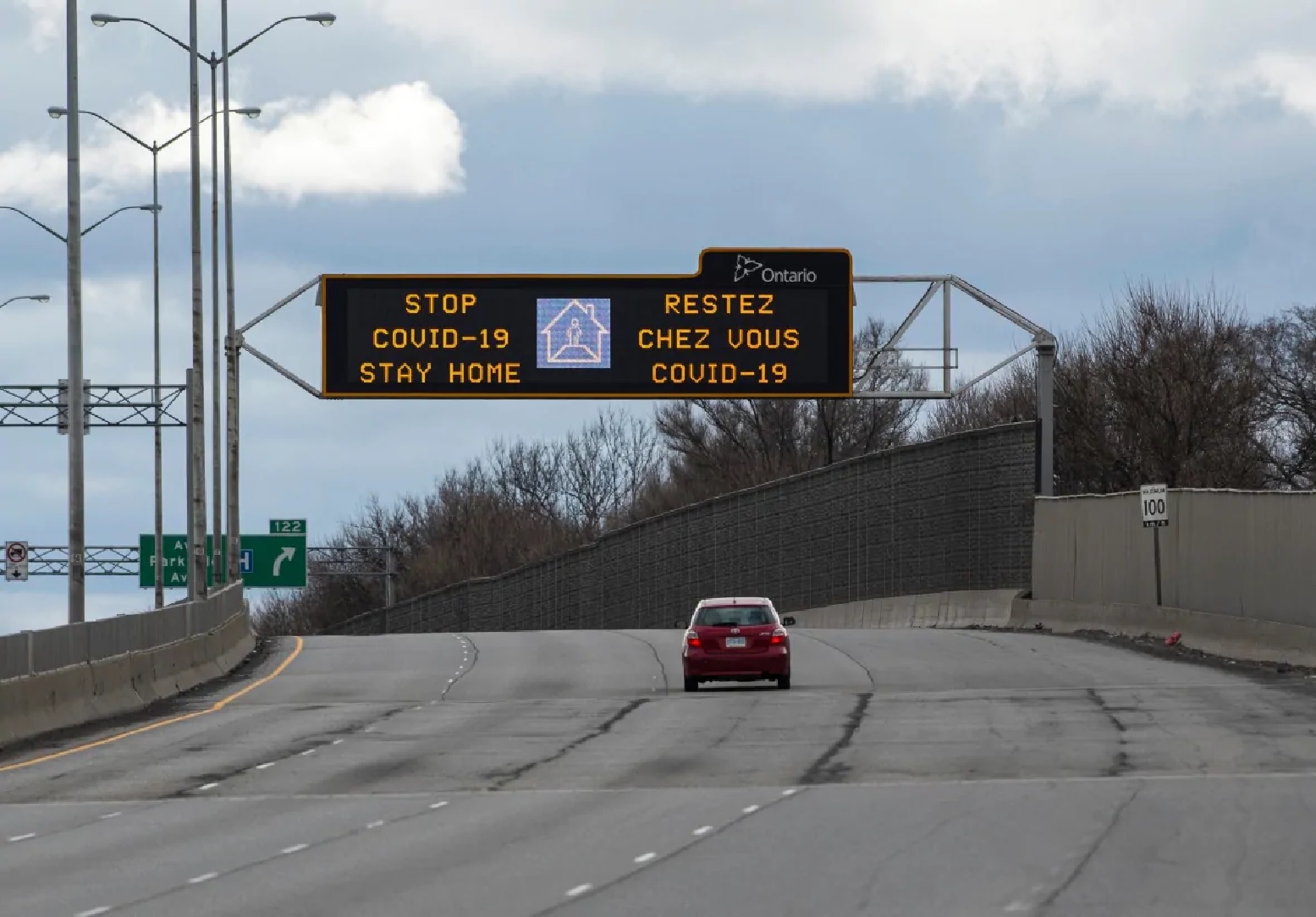 A normally very busy highway through the national capital, Ottawa, virtually empty due to COVID-19 restrictions. Environmentalists say we should use the situation to create a new and greener economy as we recover from the pandemic ( Justin Tang-The Canadian Press)

In an Earth Day message UN Secretary-General António Guterres says that as money is spent to recover from the pandemic, that money to rescue business should be tied to creating new ‘green’ jobs and sustainable growth towards transition to a greener future.

Michael Gerrard, an environmental law expert at Columbia University quoted in The Guardian said A key question will be do we have a green recovery, do we seize the opportunity to create jobs in renewable energy and in making coastlines more resilient to climate change? You wonder if people will want to go back to what it was like before,” she said. The pandemic has shown people will change their behavior if it’s for the health of their families. This has been the lost message on climate, that it’s a human problem, not a planetary problem. We have to show you can have a stable environment and your job, too.”

Many are warning that a quick return to the economy, with movement, industry and business as it was before the pandemic, will wipe out any environment gains resulting from the past several weeks of shutdown.

The World Meterological Organisation notes 11 of the 12 hottest years on record have occurred since 2000, and five in the past five years, and as a comment from the Brookings Institute think tank noted, policymakers have been calling for decisive action on climate change for decades but the crisis has only worsened, and adds,”The costs of climate action, on the other hand, are evident here and now”