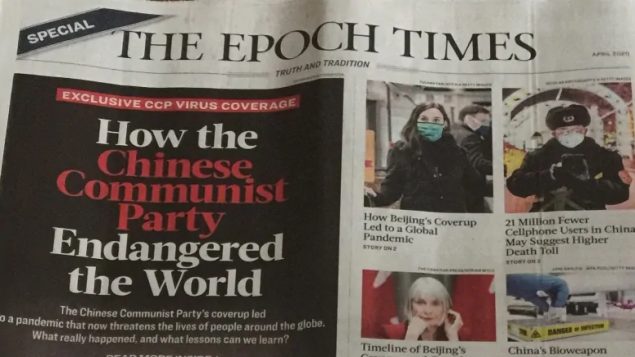 The Epoch Times,, associated with Falun Gong, is known to have a bias against the Communist Chinese government, The publisher sent out unsolicited copies of a special 8-page edition as a promotion to several urban households in Canada. At least one recipient felt it was racist and inflammatory' (submitted by Carol Harman via CBC)

While the origins of the deadly SARS-CoV-2 virus haven’t been absolutely determined, it is widely believed in scientific circles that it originated in Asian bats.

Jason Kindrachuk,is a Canada research chair in emerging viruses at the University of Manitoba,

Quoted in the CBC he said “There is an unbelievably high consensus within the scientific community at this point that there is, there is a very close to zero, if not zero, chance that the virus was ever engineered”. 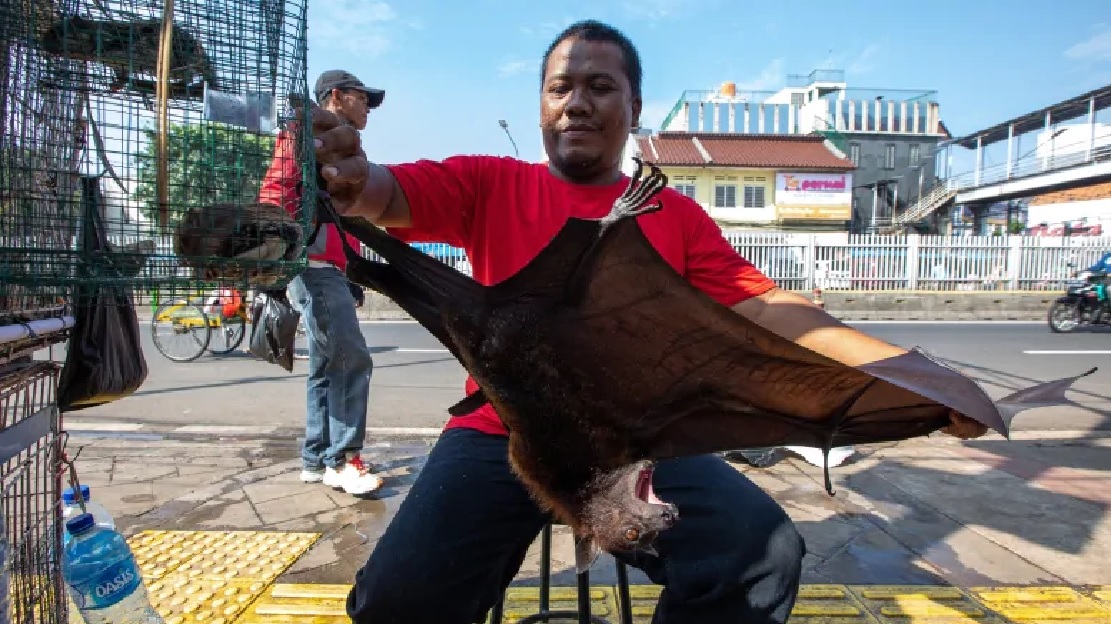 A bat is stretched out by a vendor at a market in Jatinegara, a district in Jakarta, Indonesia. Bats have been linked to viral outbreaks around the world, including SARS in 2002 and the recent coronavirus. (Aaron Gekoski/World Animal Protection)

That, and comments by other respected scientists and researchers, hasn’t stopped or even slowed the spread of ideas that the virus originated in a Chinese biology lab in Wuhan.

The latest effort at promoting a conspiracy has upset a few of the recipients who found a copy of the Epoch Times newspaper in their mail boxes. A mail delivery person was among them saying there is already enough confusion and fear in the world without stirring up more distrust and hatred with such headlines.

The American based paper is associated with the Falun Gong movement, which has been outlawed and persecuted by the Chinese Communist Party (CPP).

Many Canadians who received an unsolicited free copy, part of a promotional effort by the paper in certain urban areas of Canada, were upset by the special edition which alleged that the virus had been created as a biological weapon and calling it the CCP virus.

Still another theory is that the Wuhan biological research lab didn’t create a bio-weapon, but ather that a virus somehow accidentally escaped.

One thing is certain, the current SARS CoV-2 virus does closely resemble that of a virus found in a species of bat in China. The prevailing scientific belief is that it may have evolved directly from a bat into a human virus, or through a second host like a pangolin, often also sold in the wet markets.

Here in Canada there are concerns the Epoch Times article may fuel anti-Chinese racism,  Epoch Times publisher Cindy Gu told the CBC that people shouldn’t confuse the paper’s stance, saying criticism and blame of the CCP is not blaming Chinese people. “Understanding the difference is vital and will eliminate racial tension, as people come to understand that the criticism of the handling of the virus is of the CCP, not the Chinese people”, she said.

A number of deadly viruses and diseases have been linked back to animal hosts and to the consumption of ‘bush meat’ and so-called ‘wet markets’ in Asia and Africa. This is also the case for COVID-19 which has been linked to the Wuhan wet market of live and dead wild and domestic animals kept and sold in cramped and unsanitary conditions.

China for its part has pushed the counter idea that the virus was a U.S bio-weapon and allegations also hint that Russia and Iran are pushing disinformation

Conspiracy theories associated with deadly diseases are not new however.  Both HIV and SARS viruses have been promoted as ‘man-made’ viruses. Strange as it may seem another conspiracy is blaming cell towers and 5G as having some connection to the spread of the current virus. In Europe, cell towers have been burned by adherents to that theory.