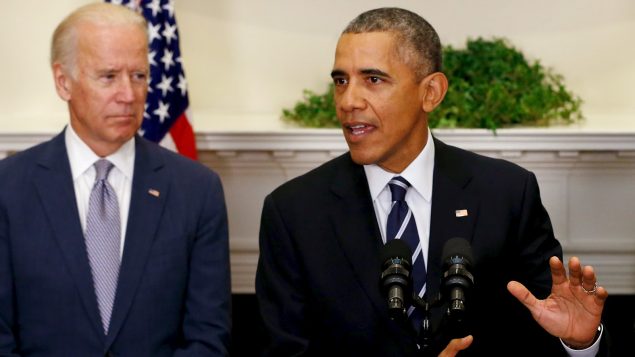 U.S. President Barack Obama, flanked by Vice President Joe Biden, delivers a statement on the Keystone XL pipeline, at the White House in Washington November 6, 2015 when Obama rejected the proposed Keystone XL oil pipeline from Canada in a victory for environmentalists who had campaigned against the project for more than seven years. Biden announced on Monday that he will cancel the Keystone project if he defeats Donald Trump this November. (REUTERS/Jonathan Ernst)

The long and winding saga of the Keystone XL pipeline has taken another turn.

The presumptive Democratic candidate for president of the United States, Joe Biden, says he will cancel the project if he is elected.

Biden made the announcement in a written statement on Monday.

His staff said he would withdraw the permit issued by President Donald Trump. 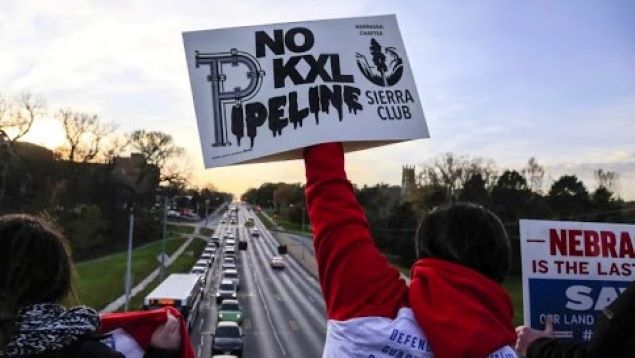 The Trump administration is currently appealing a ruling from a federal judge in Montana that blocked construction of the pipeline because of an insufficient environmental review.

Trump last year signed a cross-border construction permit for Keystone XL, taking it out of the State Department’s hands after years of legal wrangling over the department’s environmental review of the planned route.

Biden’s opposition raises the stakes for TC Energy’s efforts to start construction on the cross-border portion of the pipeline this year that would carry 830,000 barrels of crude oil from Canada to the U.S.

The pipeline has long been a source of controversy. 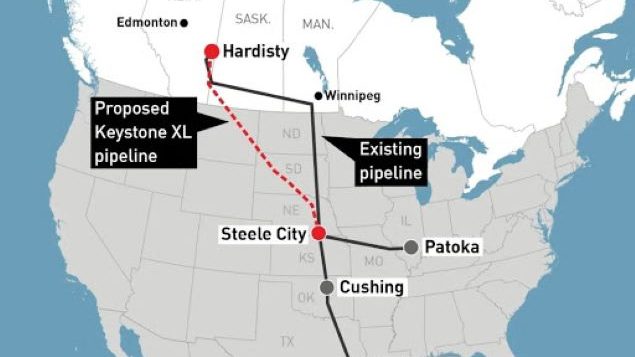 Environmentalists hate it while Canada’s oil industry, centred in Alberta, sees it as a way to transmit about a fifth of the oil Canada sends to the U.S. daily.

In March, TC Energy Corp, Keystone’s owner, gave the go-ahead for construction of the US$8-billion project.

TC Energy said it was moving forward with an investment of US$ 1.1 billion from the Alberta government, which says the almost 2,000-kilometre project will create more than 1,400 direct and 5,400 indirect jobs in the province during construction and C$30 billion in tax and royalty revenues over the next 20 years. 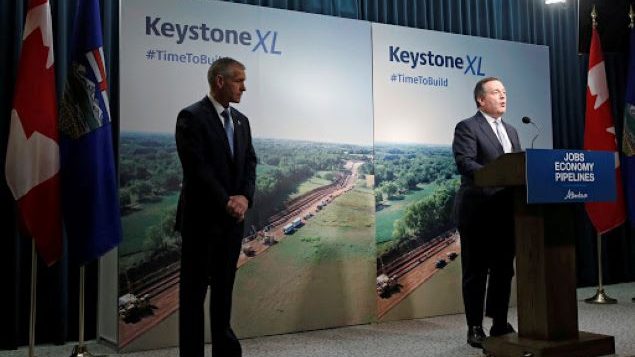 The pipeline is designed to carry crude from Hardisty, Alberta to Steel City, Nebraska where it will connect with TC Energy’s existing facilities.

From there, the crude heads south to the Gulf of Mexico.

The US$8-billion expansion has long been a central element of efforts in Canada to expand export markets for Canadian fossil fuel but has been beset by delays, protests and injunctions almost since its inception.

It became a major flashpoint in the fall of 2011 when major protests were held in both Ottawa and Washington.