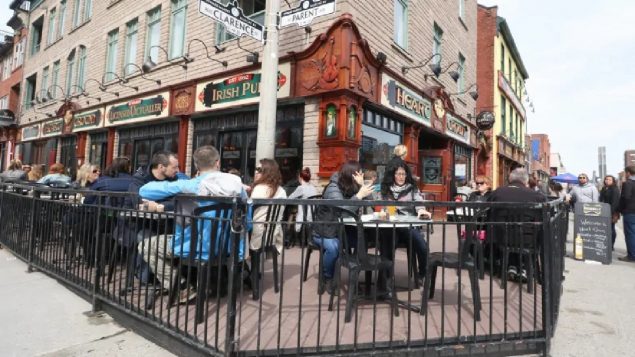 Bars and restaurants full of customers like this, are unlikely this summer. Canadians think a return to "normal" may be six months away (Trevor Pritchard-CBC)

A new survey of Canadians’ thoughts on the pandemic indicate most think things won’t return to a kind of ‘normal’ for several months yet.

In March, about a third of Canadians polled (30%) thought that might be up to six months away,  in April the number increased to 43 per cent. Since then all kinds of summer events, parades, festivals  etc have been cancelled and a poll this past week showed  the number has increased to almost seven out of ten (68%) think ‘normal’ is at least six months away. This is even though provinces had already begun to announce plans to begin lifting the health emergency restrictions. 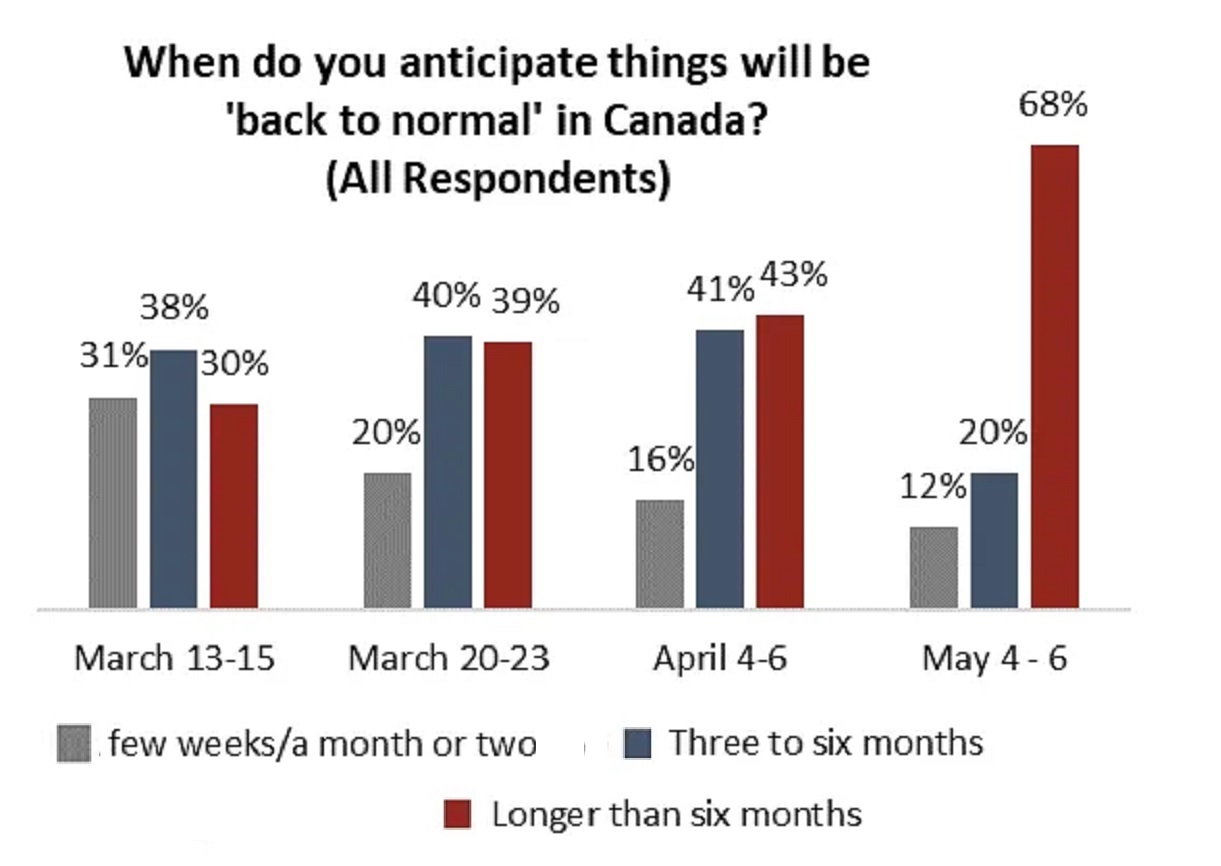 The main concern for respondents however remains that of becoming ill with the virus. The latest poll shows 59 per cent were either very concerned or somewhat concerned about catching the virus. This is a 14 per cent drop from early April.

Even greater concern remains however about the health of friends or relatives. In April that concern was at 91%, although the concern is reduced , still 8 out 10 are concerned about others they know (79%) 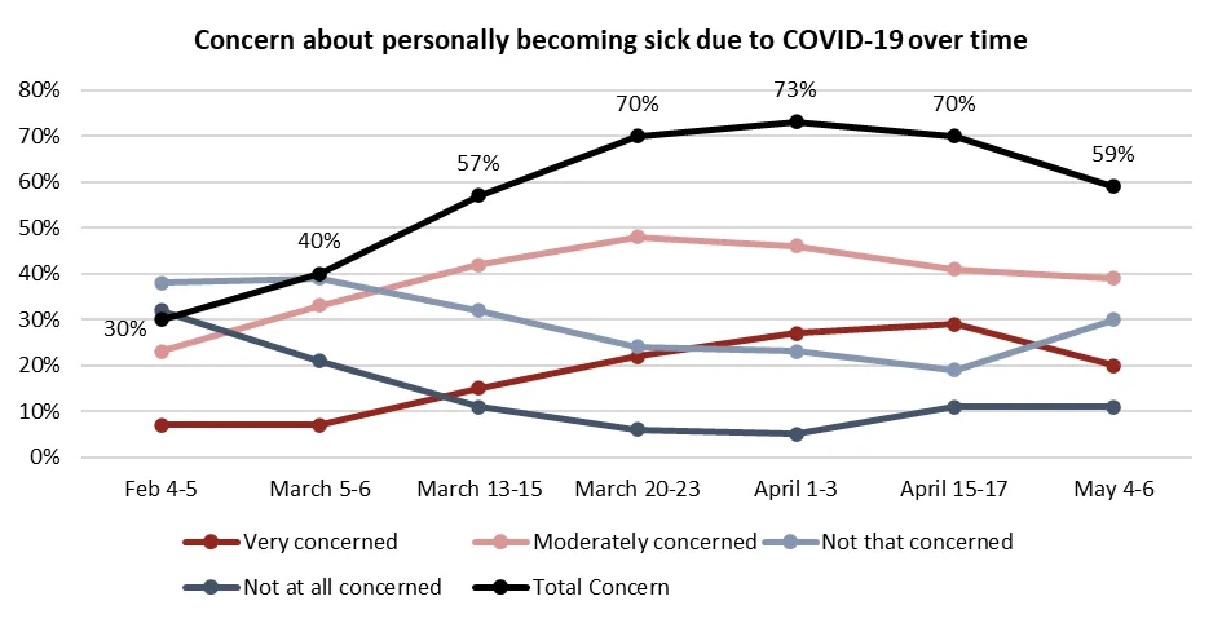 Finances have also been a big concern with vast numbers of the population out of work, or with hours reduced, still for renters. The government has instituted a number of financial bridging and mitigation programmes and this likely helped. Some 87 per cent were able to pay their rent in full in May, while only 13 per cent did not, with some having rent deferred, waived, or reduced.

Most respondents were very concerned about schools reopening.  However, that may not be a concern as schools in Newfoundland will remain closed until September,  as will schools in Nova Scotia while  Manitoba has  closed its schools for an indefinite period. Ontario will announce today what their plans are.  Quebec schools will reopen only in September. Other provinces plans vary as well.

All provinces are slowly lifting restrictions on gatherings, and store and business openings, and public buildings such as libraries, although again there are variations among the provinces as to what and when things will open and how.

As to the economic picture, the federal government and experts have said the return to a ‘normal’ state of affairs may take much longer.