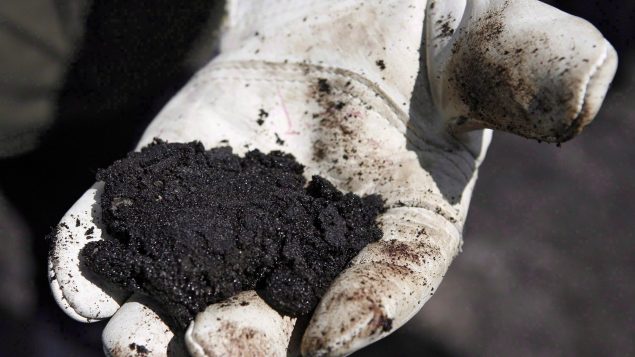 An oil worker holds raw sand bitumen near Fort McMurray in 2008. Alberta reportedly has signed an agreement with the federal government that makes major cuts to environmental monitoring of the oilsands. (THE CANADIAN PRESS/Jeff McIntosh)

Alberta and Ottawa said to agree to cuts in environmental monitoring

In a move certain to anger environmentalists and many First Nations, Alberta and Ottawa have reportedly reached an agreement that makes major cuts to environmental monitoring of the the province’s oilsands.

Some Indigenous leaders in the Northwest Territories and northern Alberta are already speaking out.

Gerry Cheezie, the chief of Smith’s Landing First Nation on the N.W.T.-Alberta border, told the CBC’s Anna Demarais he is “dismayed” with how various levels of government are dealing with the environmental impacts of the oilsands.

“I am so angry at this because it’s something we’ve been talking about for a long time with different governments and with industry,” Cheezie said. “I’m losing faith in the ability of governments to protect our people.”

A copy of the plan was obtained by The Canadian Press, which reports the agreement lays out research plans for this year’s field season under a federal-provincial program that oversees all monitoring of the area outside of company leases.

CP’s Bob Weber reports the agreement–signed July 7 by top bureaucrats in Ottawa and Edmonton–reduces funding by about 25 per cent from last year’s budget.

It comes as the province faces falling revenues because of the drop in oil prices and increased costs and cuts because of COVID-19.

This year’s budget has been cut to no more than $44 million, Weber reports. 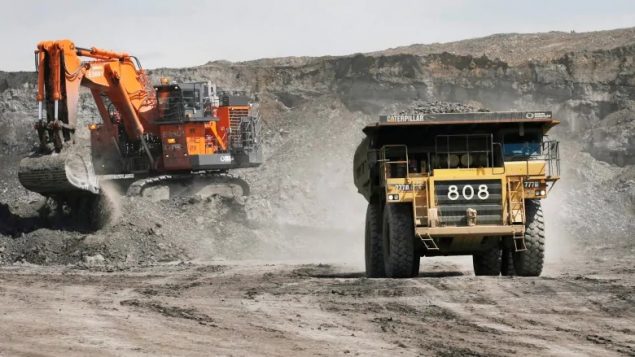 A haul truck with a full load drives away from a mining shovel at the Shell Albian Sands oilsands mine near Fort McMurray.(THE CANADIAN PRESS/Jeff McIntost)

The deal says no fieldwork is to be done on the main branch of the Athabasca River.

That means the program won’t fund monitoring downstream of the oilsands even as the province considers proposals to allow the water from oilsands tailings ponds to be released into the river.

It also says there’ll be no field studies on wetlands, fish or insects.

As well, Weber reports, a pilot project gauging the risks posed by tailings ponds has been dropped and water quality assessment in Wood Buffalo National Park — part of a response to international concerns about environmental degradation at the UNESCO World Heritage Site — is gone.

Weber reports that neither the federal nor Alberta government responded to a request for comment Friday, but a federal department official said Tuesday that much of the budget cut is due to the pandemic.

“We have missed part of the field season,” Kevin Cash, acting assistant deputy minister of science and technology with Environment and Climate Change Canada, told CP. 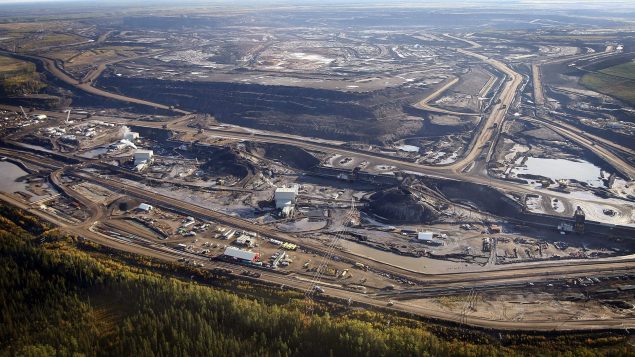 He said a substantial part of the spring and summer season was lost, which makes up most of the reduction in costs.

In May, the Alberta Energy Regulator suspended a number of regulations, angering environmentalists and First Nations, who called on the province to restart oilpatch monitoring and to make public its decision-making criteria for when monitoring will begin again.

Critics of the suspensions said they set a dangerous precedent and jeopardized environmental safety.

In April 2019, federal researchers found that a number of major oilsands operations in northern Alberta appeared to be emitting significantly more carbon pollution than companies had been reporting.

Last November a study found that tiny particles of metal contaminants from the oil sands are carried over long distances and affect weather patterns in the surrounding regions.

In last fall’s general election campaign, Liberal Leader Justin Trudeau committed to a battle against climate change while at the same time committing to addressing the fears of people and politicians in Alberta, many of whom believe they get taken for a ride by the rest of Canada and have been forgotten by Ottawa. 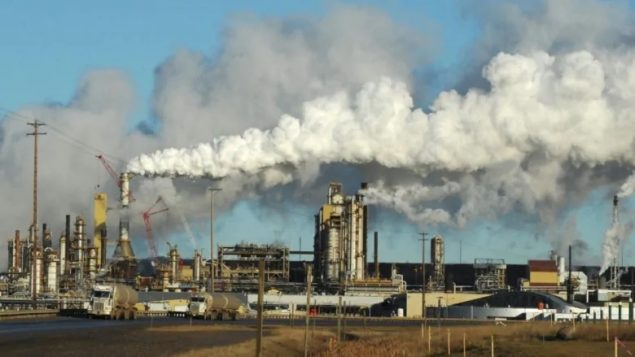