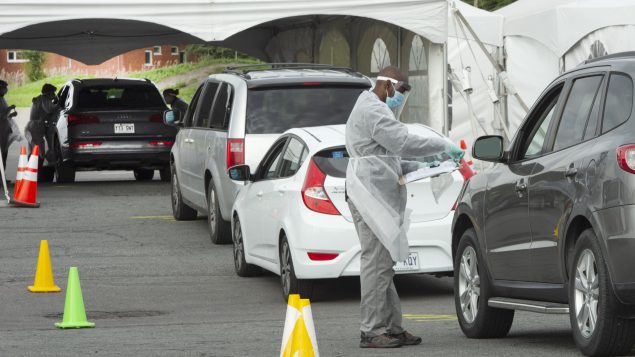 People wait to get tested at a drive through COVID-19 clinic Wednesday in Longueuil, Que. Cases are spiking in Canada and Chief Public Health Officer Theresa Tam says the spike could lead to Canada not being able to manage the pandemic. (THE CANADIAN PRESS/Ryan Remiorz)

Canada’s chief public health officer, Dr. Theresa Tam, says the recent spike in COVID-19 cases that has seen the number of daily cases rise by nearly 50 per cent in the past two weeks could lead to the country not being able to manage the pandemic

In a statement released Thursday, Tam said an average of 779 new cases were reported daily in the previous seven days–more than double the level in July. 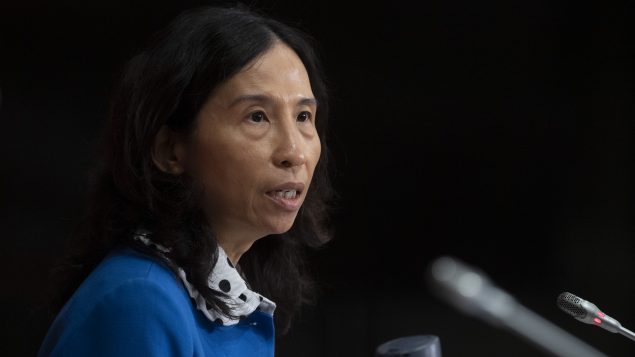 Chief Public Health Officer Theresa Tam responds to a reporter’s question during a news conference on Tuesday in Ottawa. (THE CANADIAN PRESS/Adrian Wyld)

Health officials across the country blame social gatherings for the spike.

Complicating matters, return-to-school rules that require tests for most children or parents with mild symptoms to be tested have left people waiting in line for hours at testing sites.

“Labs across Canada tested an average of 47,111 people daily over the past week with 1.4% testing positive,” Tam said.

“The ongoing increase in new cases being reported daily continues to give cause for concern.”

“With continued circulation of the virus, the situation could change quickly and we could lose the ability to keep COVID-19 cases at manageable levels,” she said.

Tam’s assessement comes after Prime Minister Justin Trudeau on Monday repeated a warning he delivered last week that Canadians have a long way to go in the COVID-19 fight.

As well, Tam said last week she was concerned about a steady increase of COVID-19 cases across the country.

Despite the stepped-up warnings from Trudeau and Tam, a public opinion poll published last week suggested that almost a quarter of Canadians believe warnings from public officials and medical experts are overblown. 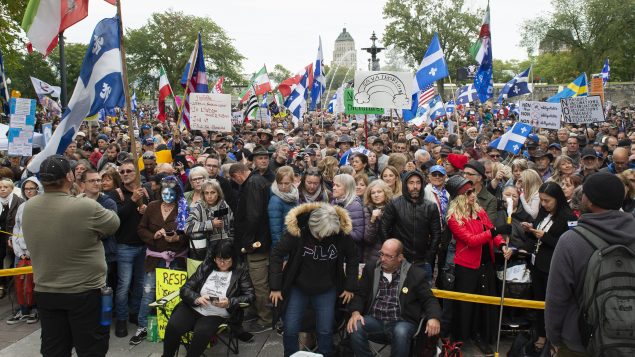 Demonstrators protest against measures to stop the transmission of COVID-19 at the National Assembly in Quebec City on Tuesday. (THE CANADIAN PRESS/Jacques Boissinot)

The Léger and the Association for Canadian Studies survey also found that about 57 per cent of respondents said that they had eased their adherence to one or more of public health safety measures over the last month.

Meanwhile, a Global News/Ipsos survey published today found that 75 per cent of respondents would approve of quickly shutting down non-essential businesses if a second wave of the coronavirus broke out, with 37 per cent strongly supporting the idea.

The poll, conducted Sept. 11-14, found that just under two thirds (64%) of Canadians are concerned about contracting the virus themselves.