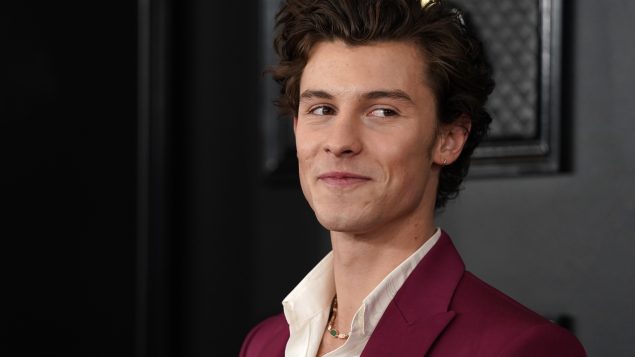 Canada’s largest rights management organization, SOCAN, serves and champions more than 150,000 Canadian music creators, music publishers, and visual artists. In practical terms, SOCAN issues licenses for the performance and reproduction of music, as well as for the reproduction of visual art. The rights management organization also collects and distributes royalties for its members in Canada and throughout the globe. 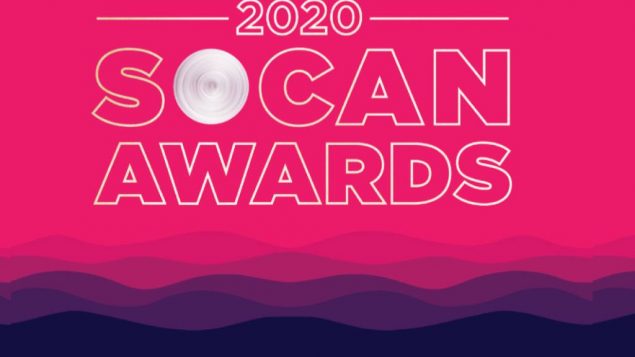 This year’s SOCAN gala, originally set for March 30, was postponed due to the COVID-19 pandemic. The unveiling of the winners finally happened this week during a virtual event. (Photo : SOCAN)

Each year, music professionals gather either in Toronto and Montreal to celebrate the achievements of SOCAN anglophone and francophone members during the SOCAN Awards Gala. This year’s gala, originally set for March 30, was postponed due to the COVID-19 pandemic. The unveiling of the winners finally happened this week during a virtual event, with some 50 winners being announced daily on the SOCAN Facebook page.

Let’s discover together some of this year’s anglophone winners, bearing in mind that the annual “Gala de la SOCAN” in Montreal – which celebrates and honours the work of SOCAN’s francophone members – “will be held in a similar event later this year,” according to the rights management organization.

Shawn Mendes, born in the Toronto region and now established in Los Angeles, already won two JUNO Awards in late June – Artist of the Year and Single of the Year for his hit with Camila Cabello, Señorita. This week, the 22-year old has set a new record – no pun intended – by winning the highest number of SOCAN awards in a single year :  Songwriter of the Year – Performer Award, International Achievement Award, International Song Award, plus two Pop Music Awards, for the international hits Señorita and If I Can’t Have You.

Mendes reached the Top 10 charts in the U.S. and Canada in 2015 with the single Stitches from his debut studio album. He then released two other albums and won over 40 awards in Canada, the United States and Europe. He has also been nominated for three Grammy Awards.

Before talking about the other SOCAN winners, allow me to remind that the Canadian pop star is also charitable, and supports his home city, Toronto. On Sept. 15, he performed the very topical Stevie Wonder song Love’s in Need of Love Today to support the Tribute Awards at the 45th Toronto International Film Festival (TIFF).

During this one-hour broadcast introduced by Mendes, tributes were given to the actors Kate Winslet and Sir Anthony Hopkins, directors Chloé Zhao and Mira Nair, composer Terence Blanchard, as well as emerging mohawk director Tracey Deer.

The young singer, who is also a philanthropist, took that opportunity to announce the creation of the Shawn Mendes Foundation Changemaker Award, which will be given — along with a $10,000 grant — to a film that tackles issues of social change. The winning film will be chosen by a jury composed of “young film lovers who recognize cinema’s power to transform the world,” said the film festival in a news release.

“I’m so excited for the Shawn Mendes Foundation to be partnering with TIFF to give this new annual Changemaker Award at the Festival, to support filmmakers that are tackling world and social issues with their films. It’s important now more than ever that we lift up the powerful voices of creatives who are helping inspire change.”Shawn Mendes, in a press release.

The Toronto producer received his third consecutive SOCAN Songwriter Of The Year – Producer Award for his work on Sucker by the Jonas Brothers and Wow by Post Malone, two global chart-toppers in 2019.

The hip hop music producer for the likes of Drake, Tory Lanez, Future and Meek Mill took the SOCAN Breakout Songwriter Award. His breakout in 2019 was his Grammy nomination for his work with Travis Scott on Sicko Mode.

This Iraqi-Canadian rapper, who grew up listening to Ed Sheeran in the Toronto suburb of Mississauga, was signed by Warner in 2018 after he dropped university to record his own songs.

He has received the SOCAN Viral Song Award for his global hit It’s You, which went viral and reached the top 40 in Australia, Canada, Ireland and Sweden, as well as the top 10 in New Zealand and in Germany.

Let’s not forget music composers who work for the film industry. Andrew Lockington, originally from Burlington, Ontario, has won three SOCAN awards this year : the Screen Composer of the Year Award, the International Film Music Award and the Achievement in Feature Film Music Award.

“Andrew Lockington is celebrated (…) for his incredible music contributions to such film and television productions as The Kindness of Strangers, Rampage and Daybreak,” stated SOCAN in a press release.

The Berlin-born singer, who has lived in the UK, the U.S., Canada and The Netherlands, won last year a Juno Award as Breakthrough Artist of the Year. She was also nominated for the Fan Choice Award, the Pop Album of the Year, and the “Single of the Year” for Not a Love Song.

The Calgary-born singer and songwriter has collaborated with Bülow, and since this year with the American actress and singer Hailee Steinfeld. Lowell’s 2014 full-length album debut, We Loved Her Dearly, featured the track Palm Trees, which was used as soundtrack in the Electronic Arts Sports game, FIFA 15.

“Her talent and growth as one of Canada’s fastest rising music creators,” as stated by SOCAN, has erned her not only The Slaight Music Emerging Songwriter Award – which is presented by the Canadian Songwriters Hall of Fame (CSHF) – but also a cash prize, an access to Slaight Music recording facilities and recognition at the CSHF Induction Ceremony.

As Canada’s largest South Asian outdoor music festival, DESIFEST is home to more than 500 worldwide artists who annually showcase their music to more than 150,000 music fans. Founded in 2006, DESIFEST Music Festival normally features a full day and night of South Asian music, arts and culture at Yonge & Dundas Square, in the heart of downtown Toronto. Since last April, it has moved its activities online.

“The South-Asian music industry is just starting to happen. We’re just coming out of the hobby mode into an industry, and so we didn’t want to stop, so we moved  online.” Satish Bala, founder of the DESIFEST Music Festival.

DESIFEST won the SOCAN Licensed To Play Award “for consistently and conscientiously recognizing the importance of music rights,” states the SOCAN.

“This year, more than ever, the SOCAN Licensed To Play Award represents the mutual respect that music creators and music festivals have for each other, that allows each of them to continue to grow together (…) The return of music festivals cannot come soon enough, as they are an integral and valued part of the music experience.”SOCAN, in a statement.

This music lover could not agree more.