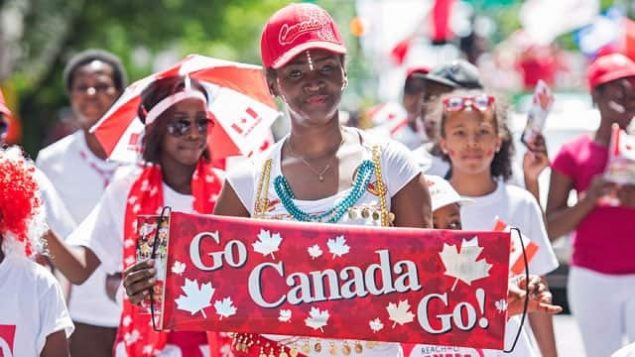 Canadians are pictured celebrating the country's 150th birthday in 2017. A new survey finds a majority of Canadians are upbeat about the coming year. (CBC News)

Poll finds a majority of Canadians are optimistic about 2021

A public opinion survey suggests that a majority of Canadians are feeling optimistic about 2021.

The survey, commissioned by the Association for Canadian Studies and conducted by Leger, found that 70 per cent of the 1,528 Canadian adults surveyed in the online poll between Dec. 11 and 13 said they were”somewhat optimistic” about 2021.

About 15 per cent said they were “very optimistic.”

The poll was conducted just after Health Canada approved the use of the COVID-19 vaccine from Pfizer and BioNTech.

The approval set the stage for what Prime Minister Justin Trudeau said would be the largest mass vaccination campaign in Canada’s history, a campaign that began the following week.

Leger found that 10 per cent of those surveyed said news of the vaccines left them feeling “somewhat pessimistic” about the new year, and five per cent said they felt “very pessimistic.”

Overall, pollsters found that Quebecers were the most positive–with 87 per cent reporting some level of optimism, compared with 84 per cent in the rest of Canada.

Those who described themselves as “very optimistic” were the most likely to say they will get immunized once a shot is publicly available–with more than 88 per cent saying they would get the vaccine. 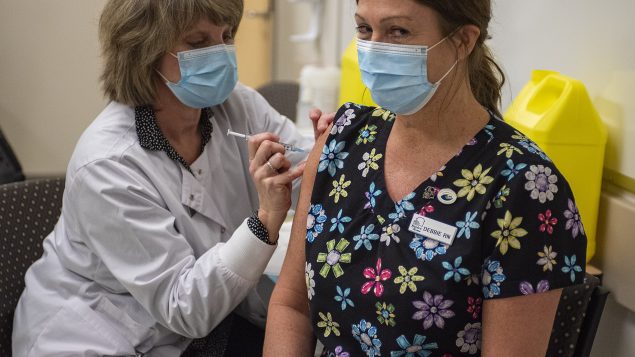 Debbie Lawless, right, a registered nurse at a Charlottetown nursing home, was one of three medical workers on PEI to be the first to receive the COVID-19 vaccine, on December 16. Registered nurse Michelle Vloet-Miller of the Queen Elizabeth Hospital administered the shot. (THE CANADIAN PRESS/Brian McInnis)

A poll released last week for the MPMG LLP tax company found that eight out of ten Canadians said they would get a COVID-19 shot in the next three months if they were eligible for it.

A poll released earlier this week by the non-profit Angus Reid Institute asked Canadians what they were most looking forward to when the pandemic ends.

The top three in order: doing regular things around the community without stress, making physical contact like shaking hands and hugs, and travelling internationally.